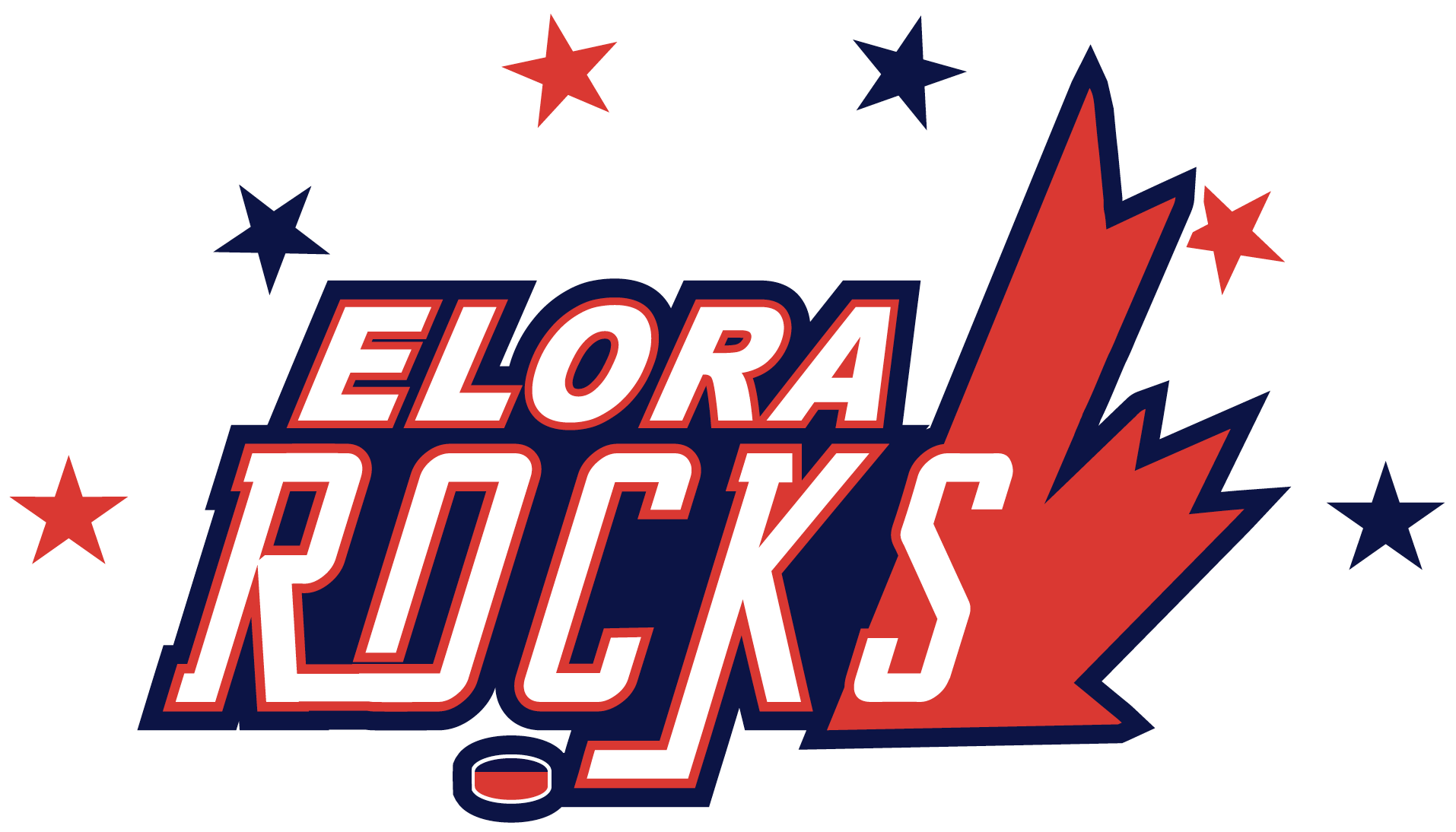 This year, the team is set to join the brand-new Western Ontario Super Hockey League (WOSHL). The senior team also has a new general manager and a new president.

Mitch Scott is taking over as general manager, while Rich Wigmore will serve as the team’s president.

They are taking over from George Anderson, who has spent decades with the team.

“George Anderson did an amazing job with the team,” Scott said. “He was the glue that held it together for so many years.”

Anderson, along with many longtime staff members and volunteers with the team, will continue to be involved in team operations.

Wigmore was clear that he and Scott did not join the team to take it over, and they are thankful for the existing foundation created by team staff.

“We are excited to keep on working with the great staff and great people who will remain with the team,” Wigmore said.

“We have been so lucky to be able to utilize volunteers who work with the team.”

Scott said the idea to join the new league stemmed from conversations with the league’s commissioner and other new teams.

“This new league (the WOSHL) is very progressive in their approach,” he said. “The more I learned about it, the more I wanted to enter into the league with Rich.”

The new league will provide live-streamed games, live statisticians, and will mandate that each team put on at least four “event nights” during the season.

This is all in an attempt to make the league accessible and fan friendly.

“This is just as much about the community as it is about hockey,” Scott said.

The new WOSHL will feature eight teams and has partnered with the Eastern Ontario Super Hockey League. The winners of each league will face off against each other at the end of their respective seasons.

Scott and Wigmore are striving to give back to the community and are exploring a number of different ways to bring people together through the Elora Rocks.

They see the upcoming season as a way to bring people back together after a year of isolation.

“It’s not about making money,” Wigmore said. “Proceeds from event nights need to go into the community.” 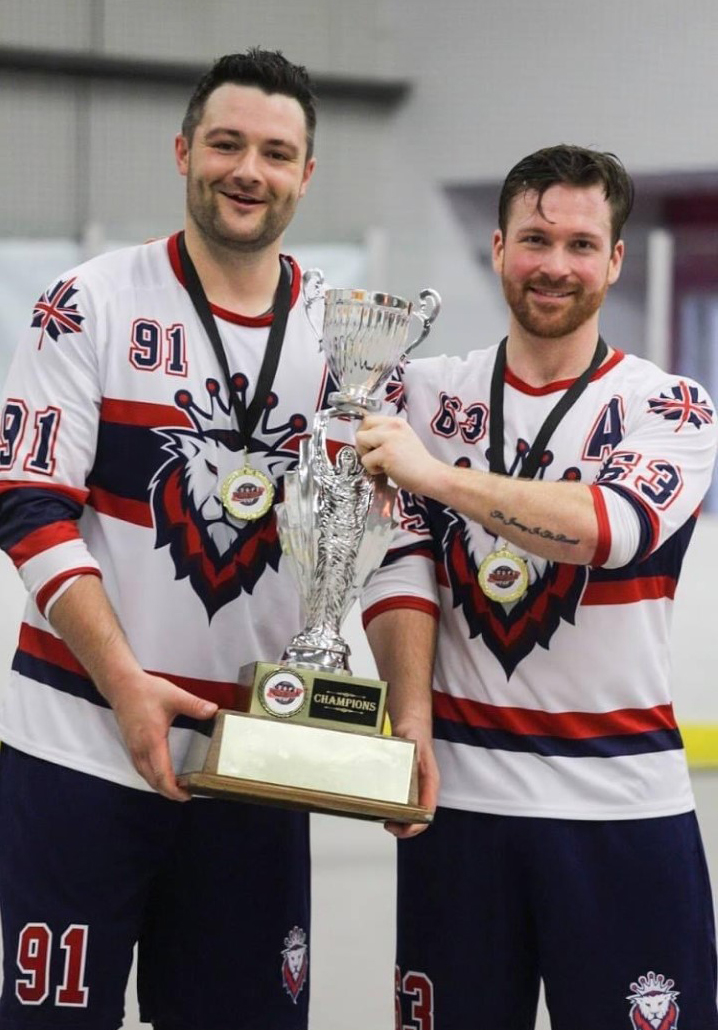 Mitch Scott, left, and Rich Wigmore, who played together for Team Great Britain at a recent World Ball Hockey Federation event, will take over as general manager and president, respectively, for the Elora Rocks.
Submitted photo

Wigmore and Scott say they have been in talks with organizations such as Big Brothers/Big Sisters, food banks, and other local charities and will be involving them in the team’s “Event Nights” during the upcoming season. They are also looking to partner with local bands and local restaurants.

The team will be using an online ticketing program that will allow fans to pre-book tickets and ensure the team can monitor capacity so it can abide by all pandemic restrictions put in place by the township.

Scott and Wigmore say they are determined to create a memorable experience for fans.

“What will make us successful is being community-oriented and letting the community be involved,” Wigmore said.

“Giving people in the community an affordable night out to enjoy is just as important as the actual game.”

The two team executives both had lengthy junior and senior hockey careers. Scott, who is from Collingwood, met Wigmore when the two of them played in the 3HL – a three-on-three professional hockey league.

Both are members of the World Ball Hockey Federation “Team Great Britain” organization.

Wigmore is a local who, as co-owner of RT Health Company and Elora Fitness, trains many athletes in the area.

Scott and Wigmore said their ties to the community and connections through their years of being involved in the sport have helped them begin to build the team’s foundation.

Another priority is to fill the team’s roster with as many young, local players as possible. The two spoke with locals and took note of how interested people were in having local talent on the team.

“It’s always been important, but I didn’t always realize how important it is for the community to see local talent on the team,” Scott said.

“To bring the hype back to Elora, we need to have that local flavour.”

Scott said the team is looking for 80 per cent of its roster to be local players, with most of the imported players having played for Elora in the past. He added it is easier to get a full commitment from local players.

“We want the players to fully be a part of the full team experience and be able to spend time together. Sometimes, having too many players from different areas makes it difficult to build team camaraderie.”

Wigmore added, “We want to make sure we have a solid foundation. We know there are so many young, local athletes that can grow with the program.”

The two men are extremely excited to begin this next chapter in the Elora Rocks’ history.

“I’ve always wanted to get into the business side of the game, as well as management,” Scott said.

“Elora deserves a winner.  They’ve had great fans for a long time.”

“We’re humbled and privileged to take on this position with a team with such a rich history,” he said.

“This is a special opportunity for us to represent this great community.”

Scott and Wigmore said they already have heard from many players interested in trying out for the team.

Their plan is to hold tryouts in Guelph in July and hope to have the roster filled by the end of August. If all goes according to plan, the season will begin in October.