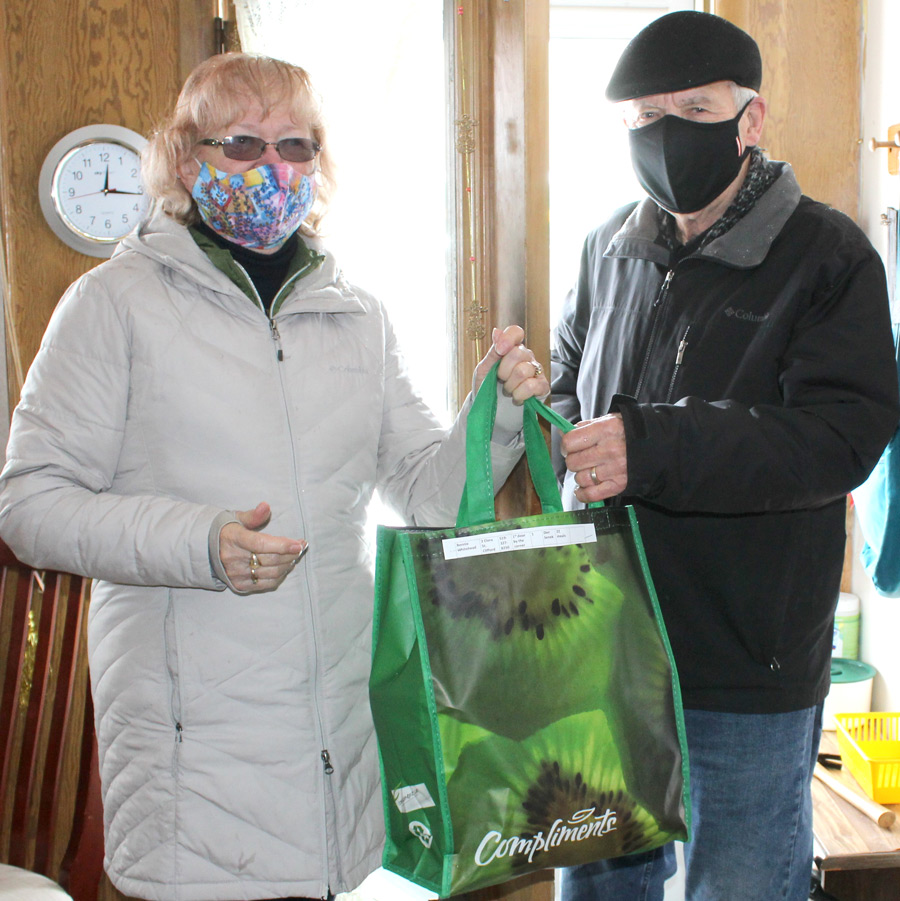 Christmas dinner delivery - Isabel and Don Senek of Clifford were among the volunteers delivering dinners from the annual Anderson Community Christmas on Dec. 25. The event, hosted by Minto residents Jean and David Anderson, is usually an in-person gathering for those who wish to spend Christmas with others. Due to the pandemic, the 2020 event featured meals offered for pick-up at the Harriston Community Centre, with delivery available for those who required it. Donations collected during the course of the deliveries will support the local food banks. Photo by Bonnie Whitehead

“I just wanted to thank everyone that participated and helped,” said Anderson.

The 2020 Christmas meal, hosted by Anderson and her husband David on a rotating basis between Minto’s three urban centres, was held in Harriston on Dec. 25.

“It all went off relatively trouble-free; we kept our volunteers to a minimum,” said Anderson of the event, which is normally a sit-down dinner attended by hundreds of area residents looking to spend Christmas Day with others.

This year, takeout meals were offered for pick-up, with delivery available for those who needed it.

“The outpouring of support from the community once again was amazing. Almost all the food was donated,” Anderson continued, adding that around $4,000 in cash donations, which will be divided among area food banks, was received.

“Which is amazing because it was half the number of dinners,” she added.

“People got a very generous dinner because we went through the same amount of food, so I think people got enough in their dish to feed two or three people,” Anderson noted.