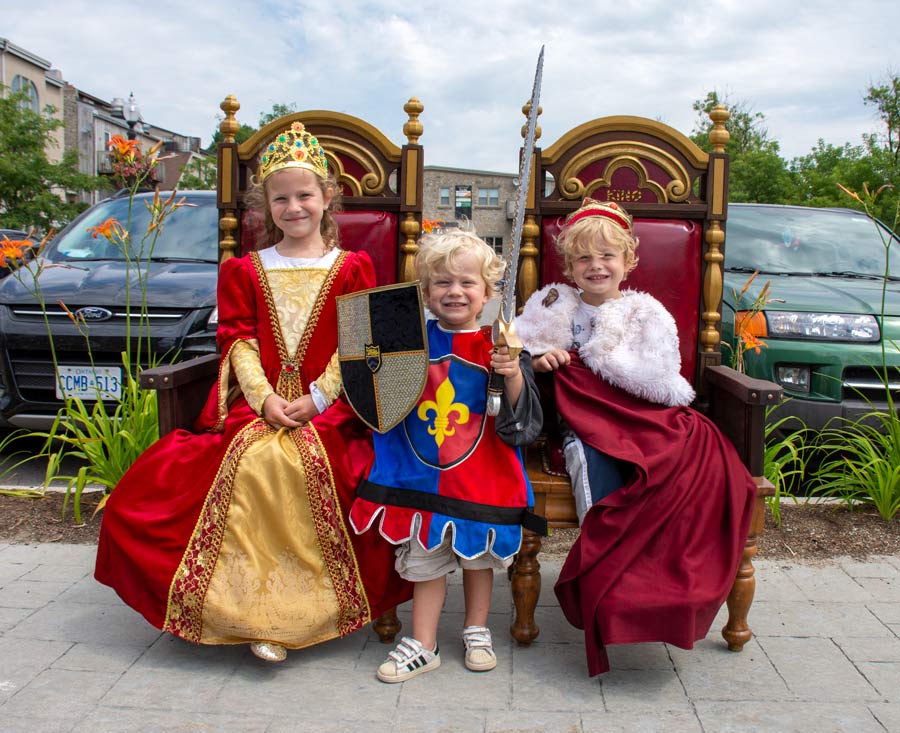 Siblings Lilly, Wes and Tom Southwork posed on the thrones during the Medieval Faire.

Another time –  Downtown Fergus turned into a Medieval Faire on July 27. From the Fergus Marketplace to north of St. Andrew Street, vendors and actors and demonstrations immersed the public in a medieval experience. 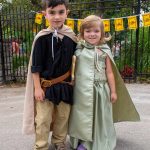 Fergus siblings Liam, 6, and Elana, 4, Doherty dressed up for the occasion. 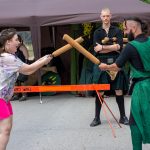 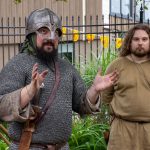 Jorge Pilay, left, and Benjamin Koral of Drottin, put on a reenactment performance where they showed a demonstration of arms and armour and everyday life in the viking age. 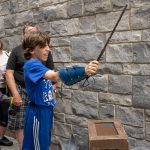 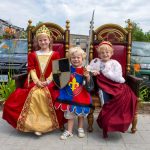 Siblings Lilly, Wes and Tom Southwork posed on the thrones during the Medieval Faire. 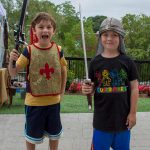 Fergus brothers Rian, 7, and Ronan, 5, Brockington also showed off their getup during the festivities.