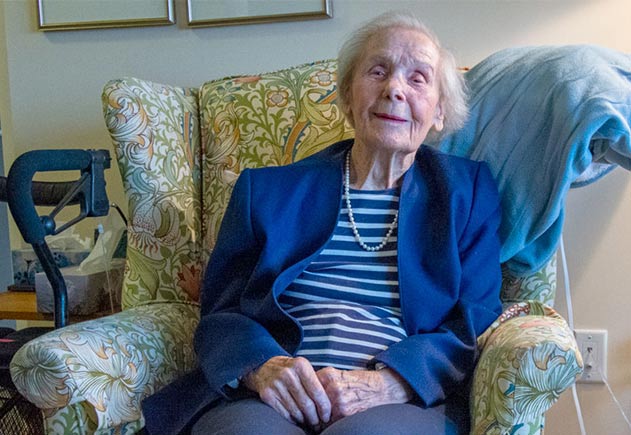 ELORA – In 1943 Barbara “Bonnie” Smiley (née Gray) was 18 years old and working as a code breaker at Bletchley Park.

The sprawling mansion in Milton Keynes, England, served as the headquarters of Allied code-breaking in the Second World War.

The work was repetitive and highly secretive.

“We were told so little about what we were doing and it was a complicated process,” said Smiley.

Of the 10,000 people working at Bletchley Park, two-thirds were young women. Smiley worked as a WRN, the name given to members of the women’s branch of the Royal Navy.

Popularly and officially known as the “Wrens,” the women kept codebooks up-to-date as new deciphers were established by translators across the hall at Bletchley and in Washington. Wrens copied out new messages on to a set of 600 wide sheets, each with  50 columns.

They applied additives received from the U.S. Navy team in Washington to enciphered groups in the columns and applied commonly used code groups to unbroken messages. 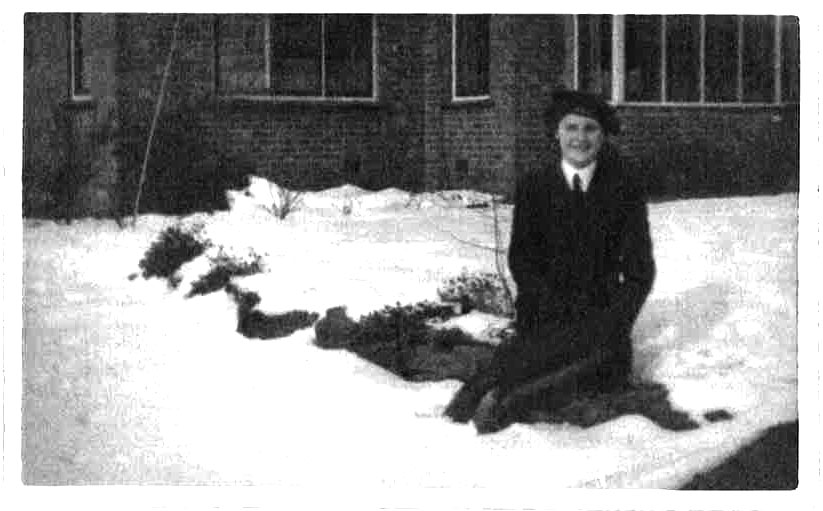 “The work was monotonous in the extreme. But it needed to be done and we knew it,” said Smiley.

From her arrival at Bletchley, Smiley worked on Japanese naval codes.

Japanese messages not only would reveal information about their own operations, but also German activities through the Military and Naval Attaches in Germany.

Ultimately these intercepted messages provided vital information about the German defensive plans in France prior to the D-Day invasion.

At the time Smiley said she understood very little of the codes that were received and she helped to decipher.

“The Japanese were always changing their code books. They weren’t machine codes. They had to distribute the code books every month, which was very difficult to get from one ship to another in that time,” said Smiley.

However, she learned the Japanese navy would send “ha” before the name of the operator in their messages.

Then, in 1945, Smiley was working the evening shift at Bletchley when she made a breakthrough.

“I was at watch at midnight and I noticed that this operator had sent two messages, one at 11:59 and one at 12:01. And I just twigged that it was the same message, that the operator forgot that the codes had been changed,” said Smiley.

She reported her discovery to the head of her watch.

“I wasn’t on duty the next morning and he came to congratulate me which was like God congratulating somebody,” said Smiley.

She was promoted to Wren leader soon thereafter.

Having signed the Official Secrets Act Smiley and the other Wrens knew very little about the larger picture of the work going on at Bletchley,  as they were forbidden from talking about the work, even with each other.

It was only after Bletchley Park was declassified in the 1970s that Smiley learned about Alan Turing and the machine he created that cracked the German Enigma.

“I didn’t have any idea there was a German section. None of us did,” said Smiley.

“I think that’s the way they maintained security, by the fact we worked in pockets and you literally didn’t know what was going on in the next room.”

Smiley worked under Hugh Alexander, an important historical figure and a colleague of Turing’s who, before being transferred in 1943, also worked on breaking the Enigma code.

Alexander later went on to become the head of the cryptanalysis division in the British government for the next 25 years. Smiley remembers him as a “lovely man.”

“I can remember him quite clearly sitting in his office. And he always wore the same turtleneck, pullover and corduroy trousers, green. And we used to make cocoa for him. We didn’t have any milk or the sugar, just cocoa,” she said.

During her time at Bletchley, Smiley worked indirectly alongside many of the leading mathematical minds and code breakers of the day – and it left a lasting impression.

“A lot of those people who worked on the codes were so clever. It was a very fine line between being clever and being mad,” said Smiley. “One of the young guys, on a moonlit night, would run around the lake throwing off his clothes.”

Smiley’s memories from Bletchley are those of an 18 and 19-year-old. While she worried about her brother Peter, a naval officer, she remembers her life as a Wren at Bletchley as untroubled.

“We were young and fancy-free. We didn’t get upset,” said Smiley.

Unable to discuss their work with each other, talk between Wrens mostly turned to American air force officers and the dances held at Woburn Abbey, where many Wrens lodged.

A vast estate owned by the Duke of Bedford roughly 13 kilometres from Bletchley Park, “Woburn was beautiful from the outside. The outside was grand,” Smiley said.

She had originally arrived at Woburn Abbey in 1943 in the middle of the night with no idea where she was going or what she would be doing.

Late into the war, the military was calling young people up to serve with no idea where they would be deployed.

Smiley’s older brother Peter had already gone off to war two years prior in the Navy.

When war was declared on Sept. 3, 1939, Smiley and her parents gathered around the radio to listen to Prime Minister Neville Chamberlain’s speech.

“I ran out of the house and went for a long walk and had a good cry because in my imagination I was quite sure that my older brother would go off to fight and was sure to be killed,” she said.

However, Peter was initially in the Far East on an admiral’s warship.

“It just reminds me of the (W.S.) Gilbert [poem]: ‘He led his regiment from behind, he found it less exciting,’” she laughed.

On the evening of D-Day the Wrens gathered in the chapel to pray for the safe return of their loved ones (including Peter) taking part in the invasion.

Later, Smiley was on night duty when a fellow Wren working next door invited her in after midnight.

“I happened to know the girl who was in the room next door to me,” she said.

“I didn’t know what she did. She said, ‘if you come into my room, after midnight, I’ll be able to show you something.’

“She had the plot over the whole of the Navy, and I knew what ship my brother was on. I found out that he was quite safe, he was five miles off the coast.”

The next day Smiley phoned her parents to tell them Peter was safe.

Later, when victory was being celebrated in Europe, the Pacific War was still ongoing and at Bletchley Park, Smiley’s work in the Japanese section continued as before.

In August 1945 Smiley was at a dance at Woburn to which were invited for the first time a group of officers from a nearby RCAF squadron recently stationed there.

“I was greeting people at the door and this gorgeous … pilot came off the bus. And we looked at each other and we fell for each other just like that,” said Smiley.

“John and I had a wonderful evening and we went on to have a splendid life together.” 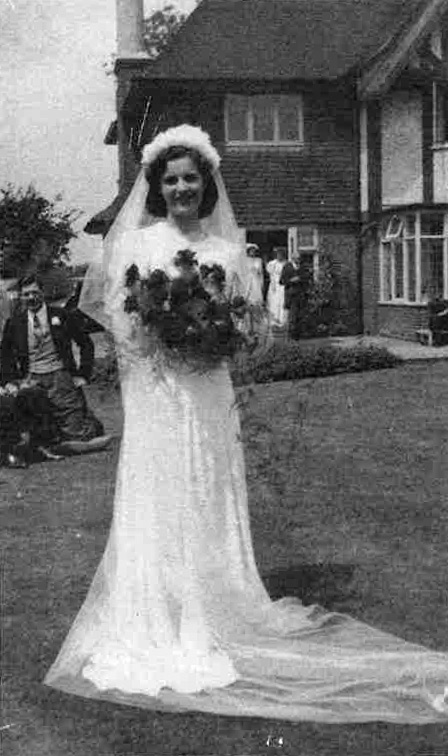 Local veteran – Bonnie and John Smiley were wed in 1946. ABOVE: Bonnie poses for a photo in her wedding dress at her family home near Nottingham, England. Submitted photo

Originally from Brandon Manitoba, John Smiley moved with Bonnie to  Toronto as newlyweds in 1946. They raised three daughters before relocating to Elora in 2003.

Her family back in England never knew of her work at Bletchley Park.