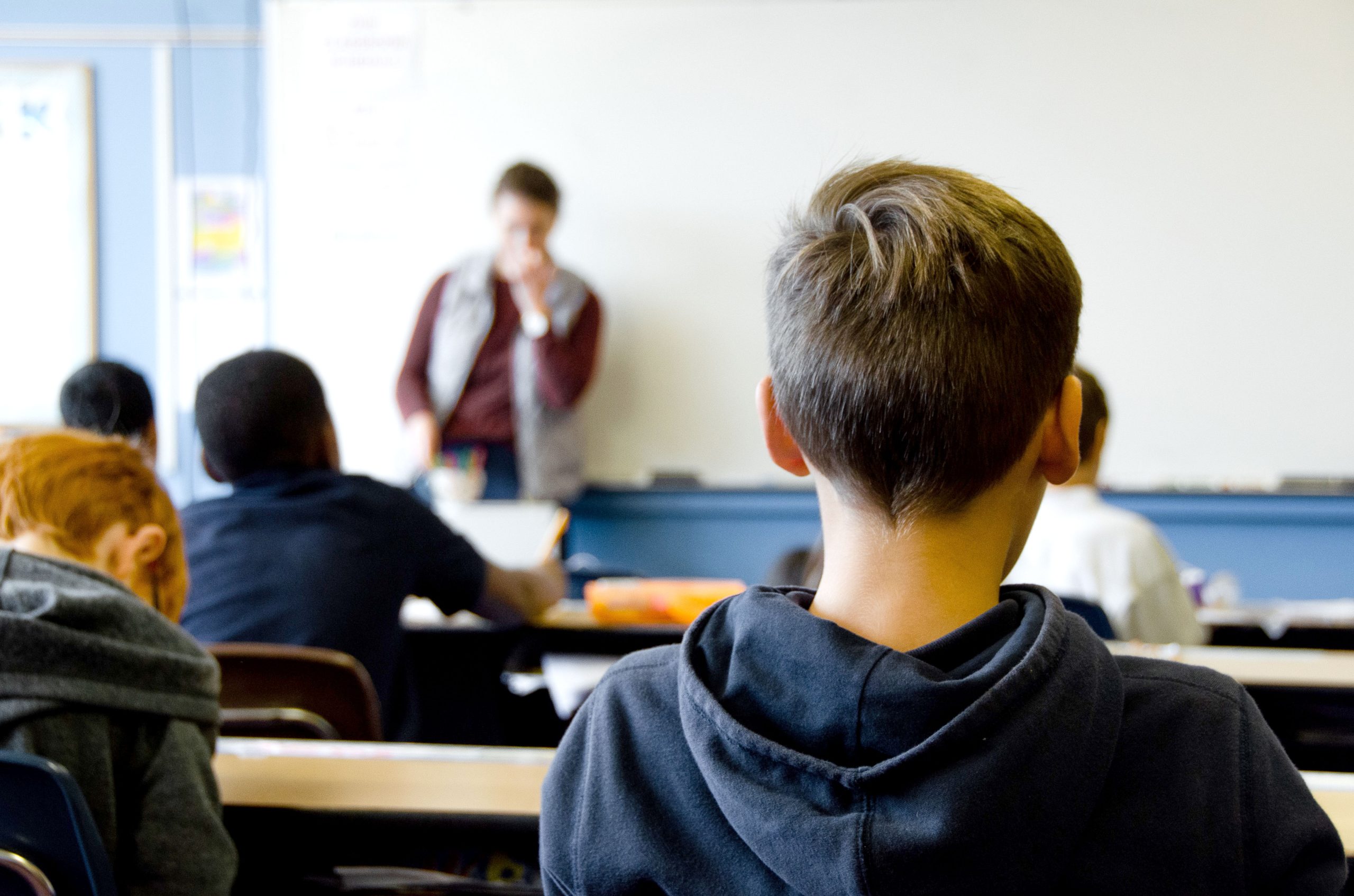 A lack of reporting and tracking COVID-19 cases, coupled with the absence of masks in schools, has led to increased student and staff absences. Unsplash image

WELLINGTON COUNTY – Local school boards are not immune to the staffing shortages seen elsewhere in the province, with the largest board in Wellington County witnessing a 36% increase in staff absences since masks were no longer required in classrooms.

A lack of testing, reporting and tracking COVID-19 cases in Ontario, coupled with the province’s removal of mandatory masks in school on March 21, appears to have led to increased student and staff absences across the province.

Upper Grand District School Board (UGDSB) spokesperson Heather Loney said since returning to in-person learning after the winter break, the board has been conducting daily reviews and monitoring of staff absenteeism rates.

“We monitor and review absence reports three times a day,” she stated in an email.

“We have noticed an increase in staff absences, specifically following the March Break.”

Loney confirmed the board will continue to report absences through the end of this school year.

Asked how the board is working around the shortages, Loney responded “schools employ a wide variety of strategies to ensure the safety and supervision of students, including utilizing our regular supply staff, emergency supply staff as needed, and the redeployment of centrally assigned staff should that be required.”

She noted the board has not had any classes that needed to be closed since returning to school in January.

In the three-week period before March Break, Loney said the board’s average number of staff absent per day (possibly due to COVID) was 74.3.

In the three weeks since March Break, the average number of staff absent per day (possibly due to COVID) was 101, an increase of 36%.

“We are very appreciative of our administrative staff in schools who have worked hard to ensure the continuity of learning in schools whenever a staff member is absent,” Loney wrote.

“This includes allocating occasional teachers or having other staff cover a class.”

She added, “Lesson plans that are left by the absent staff member are followed to ensure that the learning continues for students.”

Wellington Catholic District School Board (WCDSB) director of education Mike Glazier considers the local Catholic board “fortunate” when it comes to staffing.

“I know that this is a real issue for essentially all school boards, however … our fill rate for jobs has been quite high in comparison, and we continue to take on various steps to make sure that we mitigate any shortages that we experience,” he explained.

Pre-emptive measures, Glazier said, include a longer-term approach the board has been taking for ongoing recruitment of teachers, educational assistants, early childhood educators, librarians and classroom student supervisors.

During the height of the Omicron variant wave in December, the board also hired additional staff for each school on a temporary basis for approximately six weeks.

“We were anticipating that we were going to have a significant amount of shortages,” Glazier explained.

“That [way] we would have additional staff there to help fill any absences that may arise early in the morning when we weren’t expecting it,” he added.

“And that was actually a really great strategy that helped us through a very difficult time.”

In the short-term, Glazier said that in some cases, if a school is experiencing high absenteeism of students as well, it might look to combine some classes.

The board also has a pool of central office staff who can, if needed, act as an “emergency stop gap” to help with shortages, but Glazier noted that hasn’t happened much.

As the Omicron variant hit and cases rose in December, Glazier said there were some instances where the board was experiencing larger numbers of student and staff absences in a couple of its schools.

“And so that meant that we had to pivot those schools to a remote learning for a period of time and it was pretty short lived,” he explained.

At that time, the board made the decision to close classrooms in four of its schools due to the high absenteeism of students and staff.

Since returning in January, Glazier said the board has had one situation where a class had to be closed for a couple of days due to high staff and students’ absenteeism.

He added the board monitors staff and student absenteeism on a daily basis, noting the board has had a slight increase in some of its staff absences in the past week, some of which may be related to COVID.

He noted, however, that it hasn’t been a significant number.

“Our own local area may not be at the threshold or the critical areas that some other parts of the province may be experiencing,” Glazier said.

“We are going to see some of this; this isn’t something that’s unanticipated,” he added.

“We just have to respond the best that we can and take personal responsibility for ourselves through using the various tools available to us.”

As for the impact to the classroom, Glazier said when a staff member or a student is away, the class isn’t receiving the same continuity of learning it would if everyone was present.

He added the board has been fortunate that staff have been doing a great job at ensuring all the jobs are being filled and recruiting new people, which allows students to continue to learn in person.

“It’s just that sometimes if it’s not your regular teacher, sometimes that can have an effect and they have to pick up where somebody has lopped off,” he acknowledged.

“Certainly, absences for staff, it makes it more difficult to continue that learning. However, we are doing a good job to try and make sure that it’s least impacted for our students.”