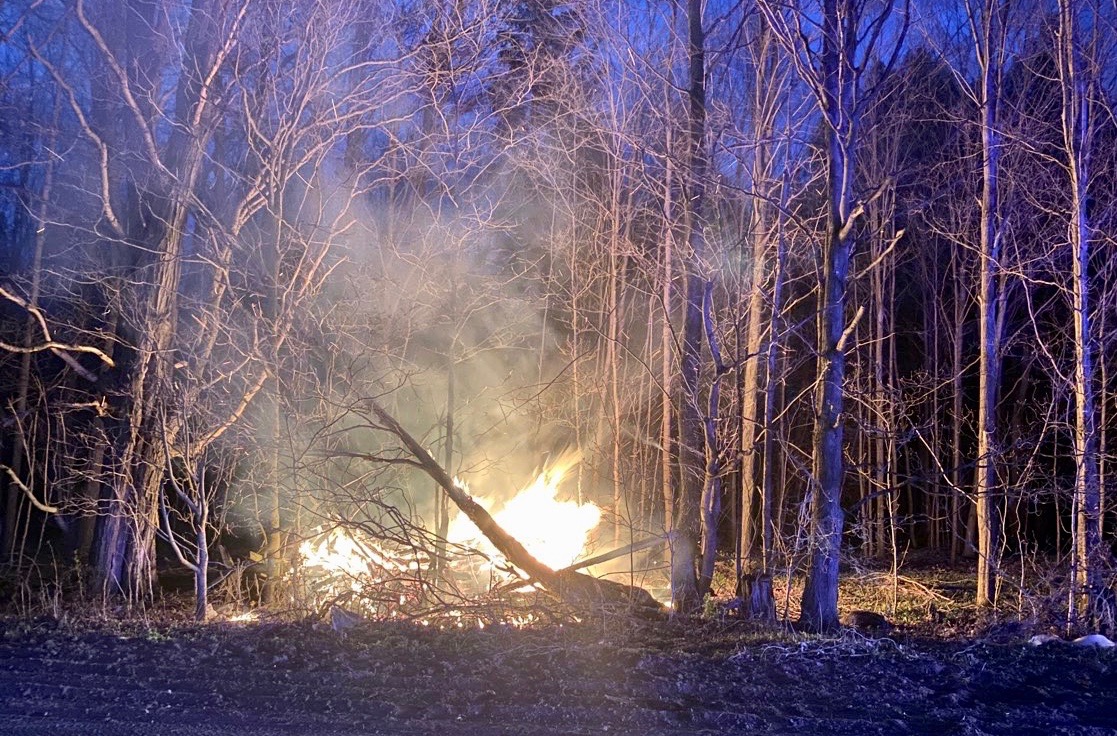 A lightning strike caused a brush fire on the 7th Line of Guelph/Eramosa, north of Rockwood, on April 27. Submitted photo

GUELPH/ERAMOSA – An “intense lightning storm” was the cause of a brush fire just north of Rockwood on Tuesday night.

Guelph/Eramosa Fire Chief Jim Petrik said the call came in around 8:30pm on April 27 about a brush fire at 5833 7th Line.

“Lightning struck the back of the property and ignited some trees and a large stand of cedar rails,” he said.

“It was a quite intense lightning storm.”

Petrik said the department’s tanker truck and ATV were able to get to the back of the property and the fire was extinguished in about an hour “without incident.”

Four trucks and 14 firefighters were on the scene.

Petrik said no rain followed the lightning storm in Rockwood, though heavy rain and thunderstorms fell in isolated pockets throughout Wellington County that night.