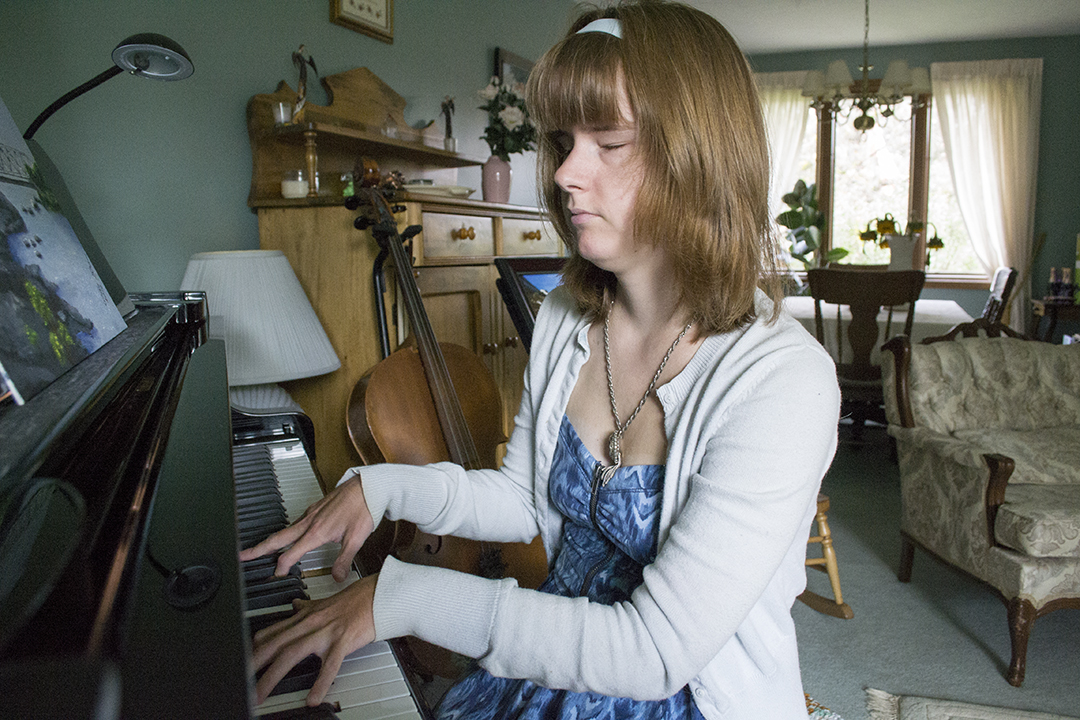 Rhythms - Fergus’ Kara Shaw will be featured on a new show called Rhythms on Dec. 9 at 8:30pm on AMI. Advertiser file photo

Kara will be the first musician on the show, which airs on Dec. 9 at 8:30pm on television network AMI.

Five other Canadian musicians will be featured in the coming weeks.

Kara’s mom, Lynda Shaw, said that the show’s creator, Rob Simpson, decided to pursue the show and then “Googled blind Canadian musicians and Kara came up.”

The Shaw family found out that he would be coming to Fergus a few weeks before the segment was filmed at the end of June.

Kara and her parents were interviewed at Confederation Park in Fergus and then she was filmed at a choir rehearsal at St. John’s United Church in Belwood, where she is music director.

She was also filmed while she performed at The Cellar restaurant in Elora and the film crew came to the Shaw house in Fergus.

This December Kara will also be directing a Cantata, Silent was the Night at St. John’s United Church on Dec. 15 at 10:45am as well as playing the music for all the performances of Yes, Virginia There is a Santa Claus, an Elora Community Theatre production.