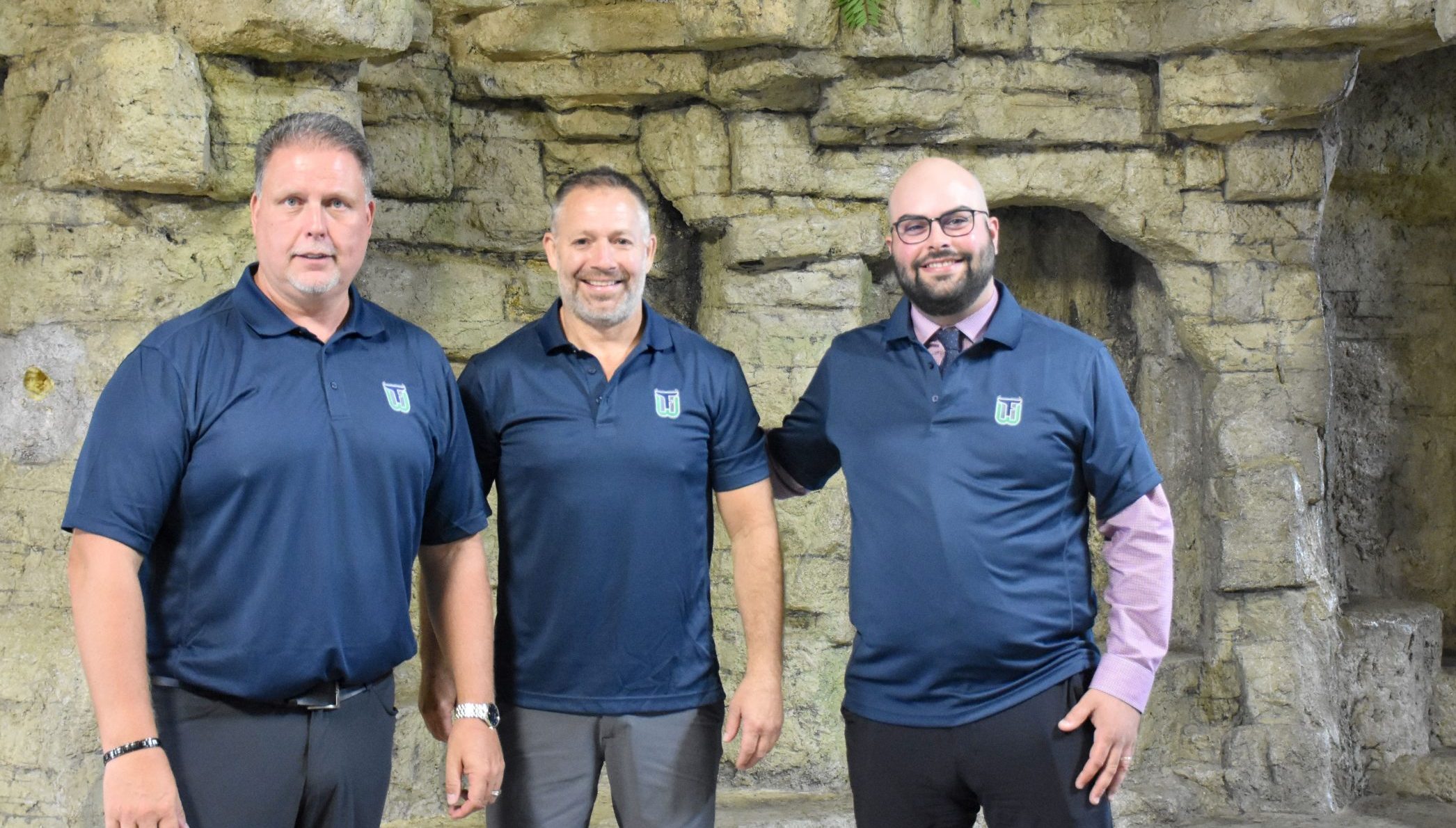 FERGUS – Junior ‘C’ hockey is being revived in Centre Wellington under a new name and logo.

Starting in the 2023-24 season, the Fergus Whalers will make their debut in the Pollock Division, of the Provincial Junior Hockey League (PJHL).

Jason Baier, the team’s owner, said he was contacted by the league about an opening for a new team after the Fergus Devils folded a few years back.

Baier will be joined by Ryan Duck, the team’s alternate governor.

“There was some good feedback about how Fergus was … where it’s going and how positive it is and we felt it’d be a great opportunity, great timing to put the team here in Fergus,” Baier told the Advertiser at the Centre Wellington Community Sportsplex on July 22.

“Also, the minor hockey program being the strength it is … we just felt with that synergy going on with the community, we felt there was a lot of good reasons to come here.”

He added an important focus for himself and Duck will be building the team locally within the Centre Wellington community, which will include having local players, executive members and sponsorships involved in the team.

“We want to make sure we’re providing development for young players that might want to play at a higher level than the PJHL,” Baier explained.

“And we also felt there’s a lot of young players within this area that are playing at a high level right now but they can’t play here, there’s no place to play.

“So we want to give that option to them as well.”

Baier said the new team will be a hardworking, committed hockey club, which is something he wants to make sure not only the executive team and coaching staff embody, but that the players present on the ice as well.

“We’re going to work hard and we’re going to present a high competitive club on the ice every night,” he said.

An important goal for them, he explained, is longevity.

“We’re not building a program that’s going to be here for two, three years,” he explained.

“Our group is here for long term, and we want to build that with our players and our executive and our management team – all throughout the organization.

“Mostly, it’s going to be about building some young hometown kids, with some talent from the outside.”

Duck said welcoming community input and encouraging communication will be an important part of building the team and its identity as well.

As for the logo and team name, Baier said they wanted something that when someone mentions the Whalers, they immediately think of Fergus.

“I think with the logo too, we wanted to kind of honor the old Hartford logo but have our own identity with it,” Duck added, noting it’s been a neat process making it into their own.

“We did some drawings just on a napkin one day, and it’s kind of evolved into that,” he explained. “So it’s been a fun process to get it developed and finally see them on a shirt.”

The Whalers, Baier explained, are currently in the process of hiring a general manager, which they’re hoping to have in place by September, when the regular season starts.

Baier noted himself and Duck have collectively been around hockey a long time, at both the management and coaching levels.

“This isn’t something we’re doing just overnight,” Baier said, “we’ve got lots of experience. But obviously, building a team from scratch is pretty cool, not many people can say that.”

“For me, it’s a pretty neat opportunity,” Duck added. “Obviously every kid dreams of holding the Stanley Cup one day, but you don’t think about all the other things you can do in hockey.

“And I’ve been to hundreds of hockey games in my life but to actually see everything that goes into just that 60 minutes of hockey, it’s been pretty cool.”

While it’s been fun working to piece everything together, Baier said it’ll be great to see it all come to fruition.

“We’re going to have bumps in the road, this isn’t going to be easy,” he acknowledged.

“But I just think it will be really cool once the first player hits that ice in September of 2023 to say ‘hockey’s back at Fergus.’”