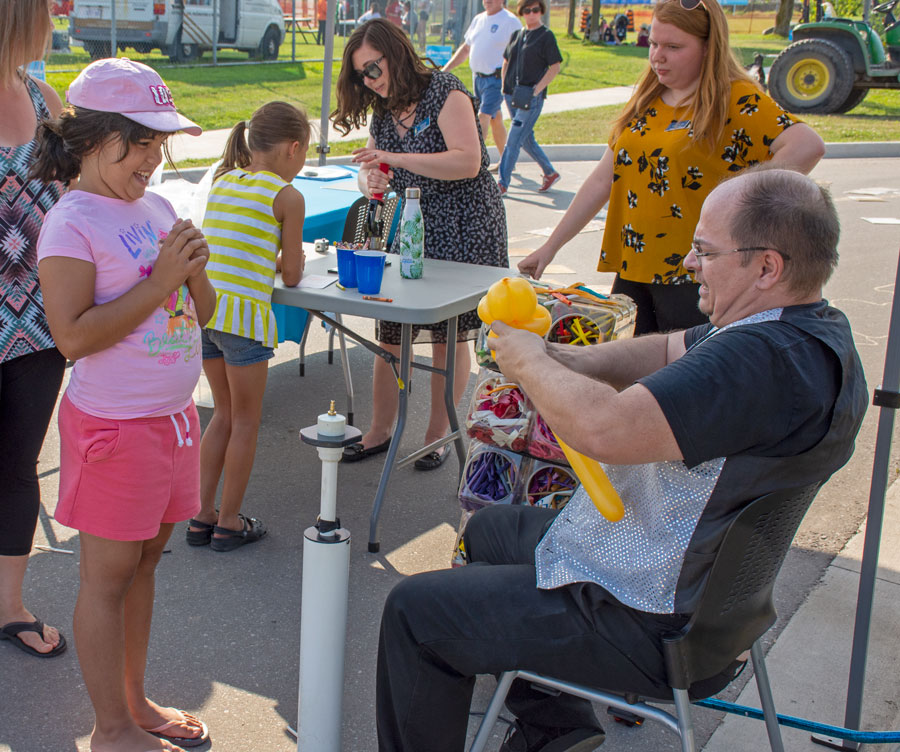 Cancelled - The third annual Party in the Park took place in Rockmosa Park in Rockwood on Aug. 1, 2019. Guelph-Eramosa Township has cancelled this year's event due to the COVID-19 pandemic. Advertiser file photo.

BRUCEDALE – Finances at Guelph-Eramosa Township are pretty good at the end of the first quarter, says the director of finance, but it remains to be seen what the rest of the year will look like.

Linda Cheyne told councillors at the township’s council meeting on May 4 that even though a transfer payment of $5.4 million is due to Wellington County and the public and Catholic school boards in June, “I have no worries we’ll have a problem in making that payment.”

Cheyne said by the end of March, it looks like there was $45,000 in lost revenue due to the closure of programs and facility rentals and extra IT costs of about $8,000 to set up staff to work from home.

She said the first residential property tax installment this year was due in February – before the COVID-19 crisis had reared its head – so the township doesn’t know yet how many residents will take advantage of the tax deferral program it established to ease pressures on residents who now may be out of work.

The next payment is due in May.

“What will tell is the end of May.”

That’s about 45 per cent of residents in the township with an automatic payment plan and that bodes well for future payments, she said.

“We don’t have a huge number calling to defer their taxes, and that’s a good sign,” Cheyne said.

Cheyne said she will be bringing a detailed financial analysis to council’s next meeting that will capture the May tax bill and any ramifications.

Party in the Park cancelled; Farmers’ Market to open

Council agreed with a staff recommendation to cancel the annual Party in the Park this year.

Robin Milne, director of parks and recreation, said that even if some COVID-19 restrictions are lifted by July, crowds of 5,000 will not be allowed to gather by then and that’s the kind of attraction the event has become.

He said the older adult program has moved online and two co-op students from the University of Guelph are preparing a health and wellness series to add to the program.

The farmers’ market is in preparation to open in June, but it will likely be a pre-order and pre-pay format with curbside pick up. This plan has to be approved by public health before a firm opening day can be announced.

After an initial blip, most of the township departments are getting back to their scheduled work plans. In some cases, the paperwork is being done so projects are ready to go when restrictions are lifted.

The building department, for example, has resumed accepting applications, even though most construction has stopped for the time being.

Council also decided to resume its regular twice a month meeting schedule although committees and the committee of the whole will not meet for the foreseeable future.