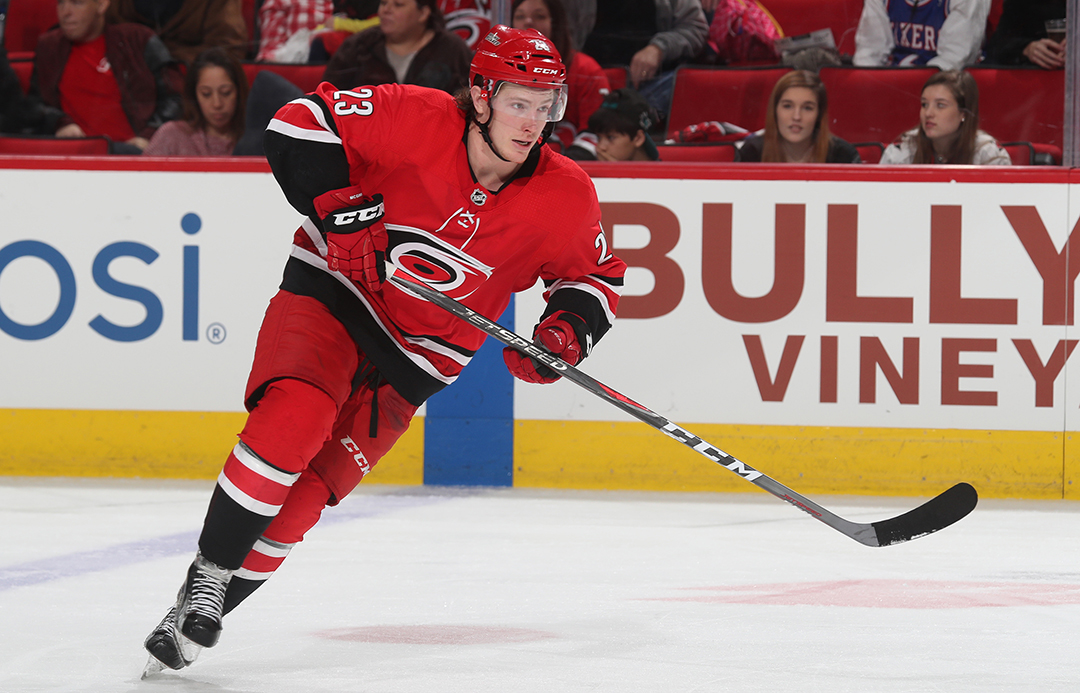 Brock McGinn in action with the Carolina Hurricanes of the NHL. McGinn has signed a four-year, $11-million contract with the Pittsburgh Penguins. Advertiser file photo

PITTSBURGH – Brock McGinn is ready to enter a new phase of his NHL career.

The Fergus native recently signed a four-year, $11-million contract with the Pittsburgh Penguins.

McGinn, 27, had spent his entire career with the Carolina Hurricanes organization since being drafted 47th overall by the team in 2012.

Prior to his time in the NHL, McGinn was a member of the Guelph Storm, and led the team to an OHL championship in 2013-14.

“It’s a new step, and it’s very exciting and I’m looking forward to getting it started,” McGinn told the Advertiser during a virtual press conference on Aug. 2.

“It’s tough leaving Raleigh. That’s how I became the player I am today. They gave me that opportunity to play in the NHL, and that’s every kid’s dream who plays hockey.”

Throughout McGinn’s years in Carolina, the team improved from being an afterthought to a perennial playoff team.

McGinn, who was instrumental in the team’s recent success, said it was a “good feeling” to be able to be a part of the Hurricanes’ rebuild.

“I think that the first couple of years were definitely tough, not being in the playoffs and not even being close to making it to the playoffs,” he said.

“When we made that big step a couple years ago in getting into the playoffs, I think it was just a big boost for that franchise and everyone in the organization where our expectation was to win every single year.”

McGinn continued, “To start off my career there where we weren’t so good, and then to see results and the change in the hockey and the fanbase and the organization, it was fun to be a part of.”

Although he is known for his high-energy, physical and defensive styles of play, McGinn has also been a contributor offensively.

Throughout his NHL career, McGinn has played 345 games, recording 51 goals and 55 assists.

In the 2020-21 season with the Hurricanes, McGinn recorded eight goals and five assists in 37 games, as well as three goals and one assist in 11 playoff games.

McGinn told reporters that although his offensive production has improved in recent years, he does not plan to change his style of play. 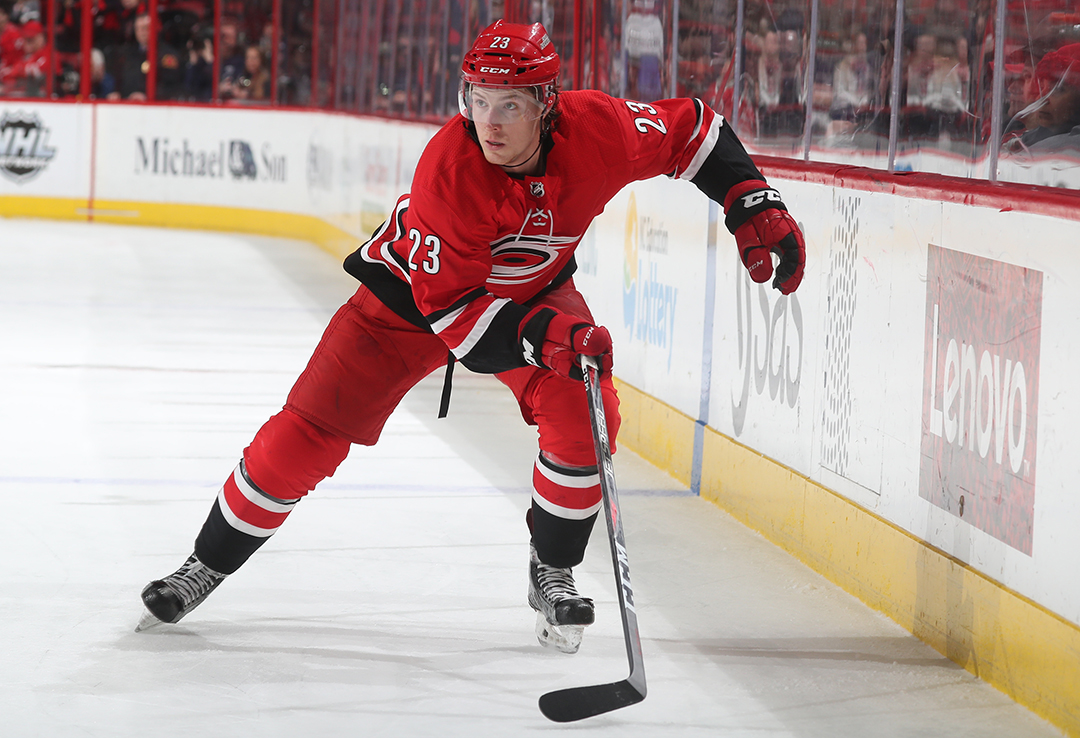 McGinn said he feels like he is just entering the prime years of his career.

“I feel like I’m in the best stage of my career here. The first couple years, you’re really trying to gain your confidence and see where you fit in, in the league,” he said.

“I think in the last couple years, I have really established myself in the part of lineups where I feel I can play, and I think going forward, I want to put higher expectations on myself.”

McGinn also said that finally being able to sign a long-term contract has allowed him to feel more comfortable about his position in the league.

“Throughout my career I’ve always had these short deals. It’s always in the back of your mind that you’re trying to fight for your next deal,” he explained.

“There’s still a drive to prove yourself every single day, but having that stability, it’s just a little more comfortable for me.”

Although he had received a number of offers to sign with other teams, McGinn praised the Penguins organization and said he felt Pittsburgh was where he had the best chance to win.

“I think when it comes down to it, I didn’t want to go anywhere where I wasn’t going to have a chance to win a Stanley Cup,” McGinn said.

“Looking at Pittsburgh, I think everything is right about this organization. There’s nothing bad you can say about it. Every single year, they have a chance.”