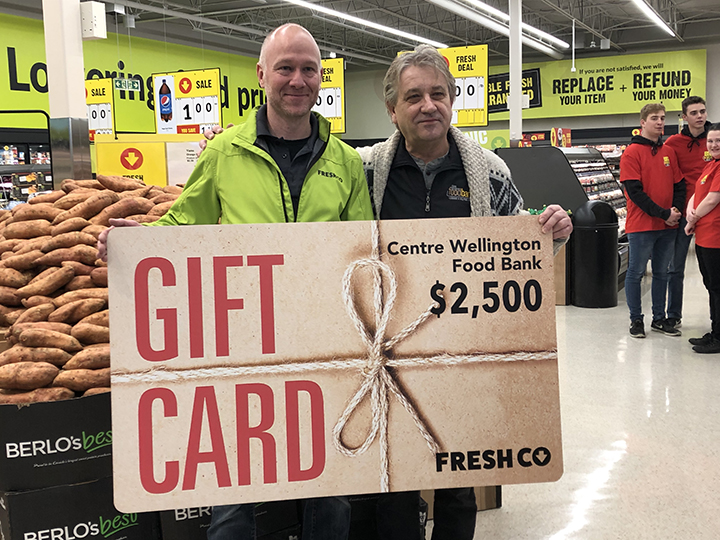 FERGUS – “People keep asking me if I’m going to miss the old location – my answer is ‘no.’”

That is how Fergus FreshCo owner/operator Patrick Anderson lightheartedly summed up the store’s move from the corner of St. Andrew Street West and Beatty Line.

Anderson said he is “very proud” of the “beautiful” new location on St. David Street North (Highway 6) across from Gordon Street.

“Wow … look at this amazing store. It’s quite a change from the old one,” said Anderson at the grand opening on Feb. 13.

FreshCo had operated at its previous location since March 18, 2011.

“Now we have a store that is bigger and better, with new and expanded sections … we have beer and wine,” Anderson said in front of FreshCo staff and management as well as guests such as Centre Wellington Mayor Kelly Linton and Centre Wellington Food Bank manage Fred Aleksandrowicz. 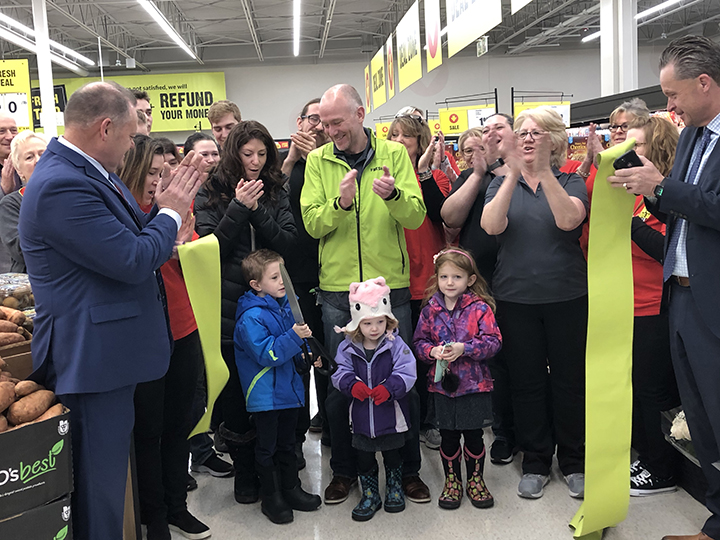 Anderson was joined by family members, staff and FreshCo managers for the ceremonial ribbon cutting.

Linton offered his congratulations on behalf of council and the community,  noting, “everything looks so good, I’ll be one of the frequent shoppers here for sure.”

Mike Venton, a FreshCo corporate general manager, said the company has been opening a lot of stores lately.

“This one has been a long time coming and it is so good to see this one open,” said Venton. He added, “It’s big news in Fergus that we are here.”

Anderson said he recognizes the amazing opportunities for his store in Fergus and Elora.

“We need to remember the importance of supporting our community and in recognition, the FreshCo team is donating $2,500 to the Centre Wellington Food Bank,” he said.