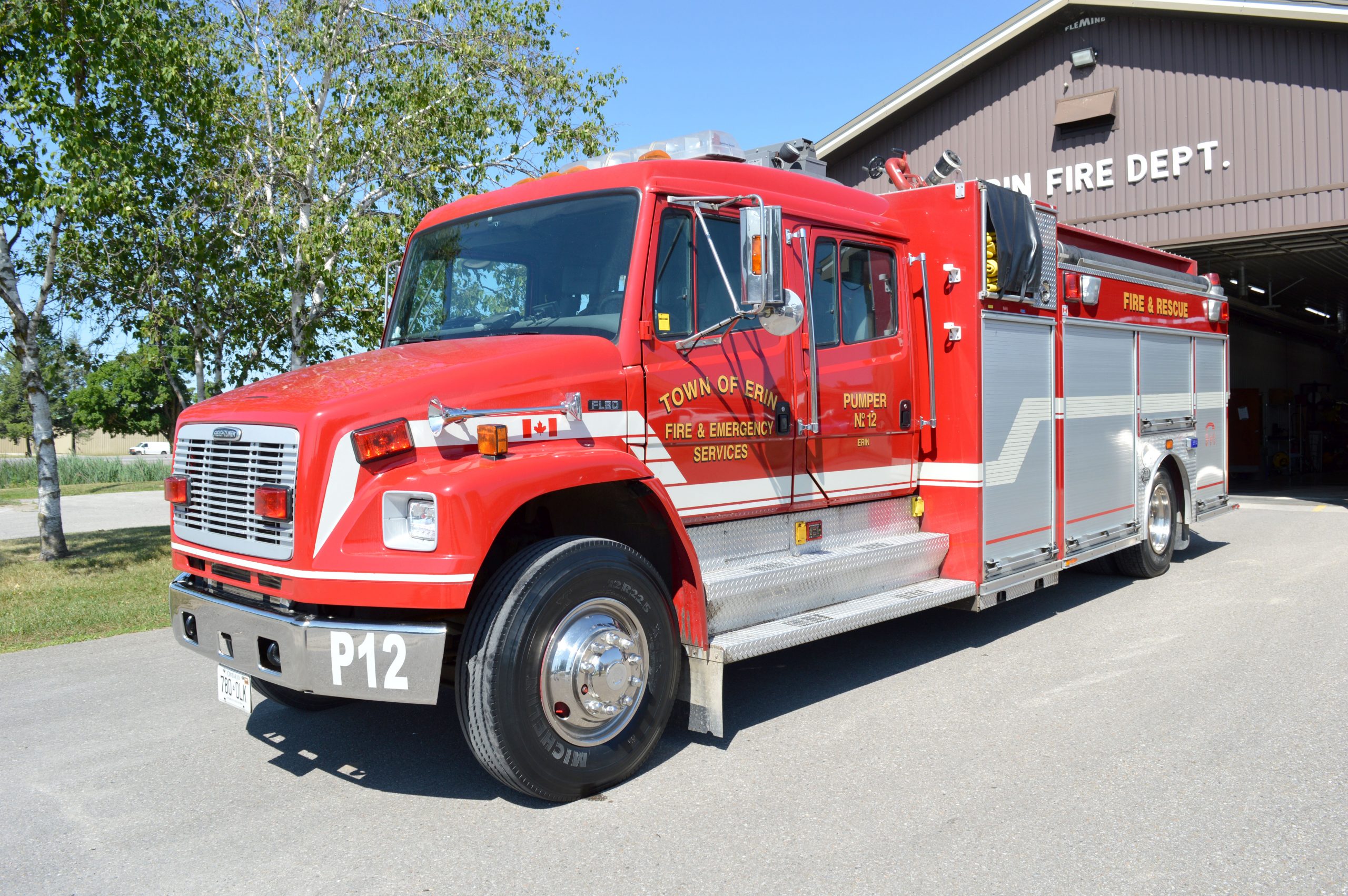 Erin and Hillsburgh stations and the Guelph/Eramosa fire department responded to a structure fire call on 8th Line in Erin on July 29. Submitted photo

Firefighters from the Erin and Hillsburgh stations responded to a structure fire call on the 8th Line at about 10:30am on July 29.

“The house was fully involved upon arrival and spreading quickly into and through the attic,” he explained.

Firefighters from the Guelph/Eramosa Fire Department were also dispatched to assist.

Twenty-two firefighters were on the scene between two stations in Erin and one in Rockwood.

“We quickly brought the fire under control and subsequently extinguished it, however, due to the damage upon arrival, the home was a total loss,” Sawkins said.

“All occupants were able to safely evacuate and there were no firefighter injuries while battling this fire.”

Sawkins estimated the building damage and content loss to be $1 million.

The cause of the fire is undetermined at this time and will be updated upon completion of the fire investigation, he added.