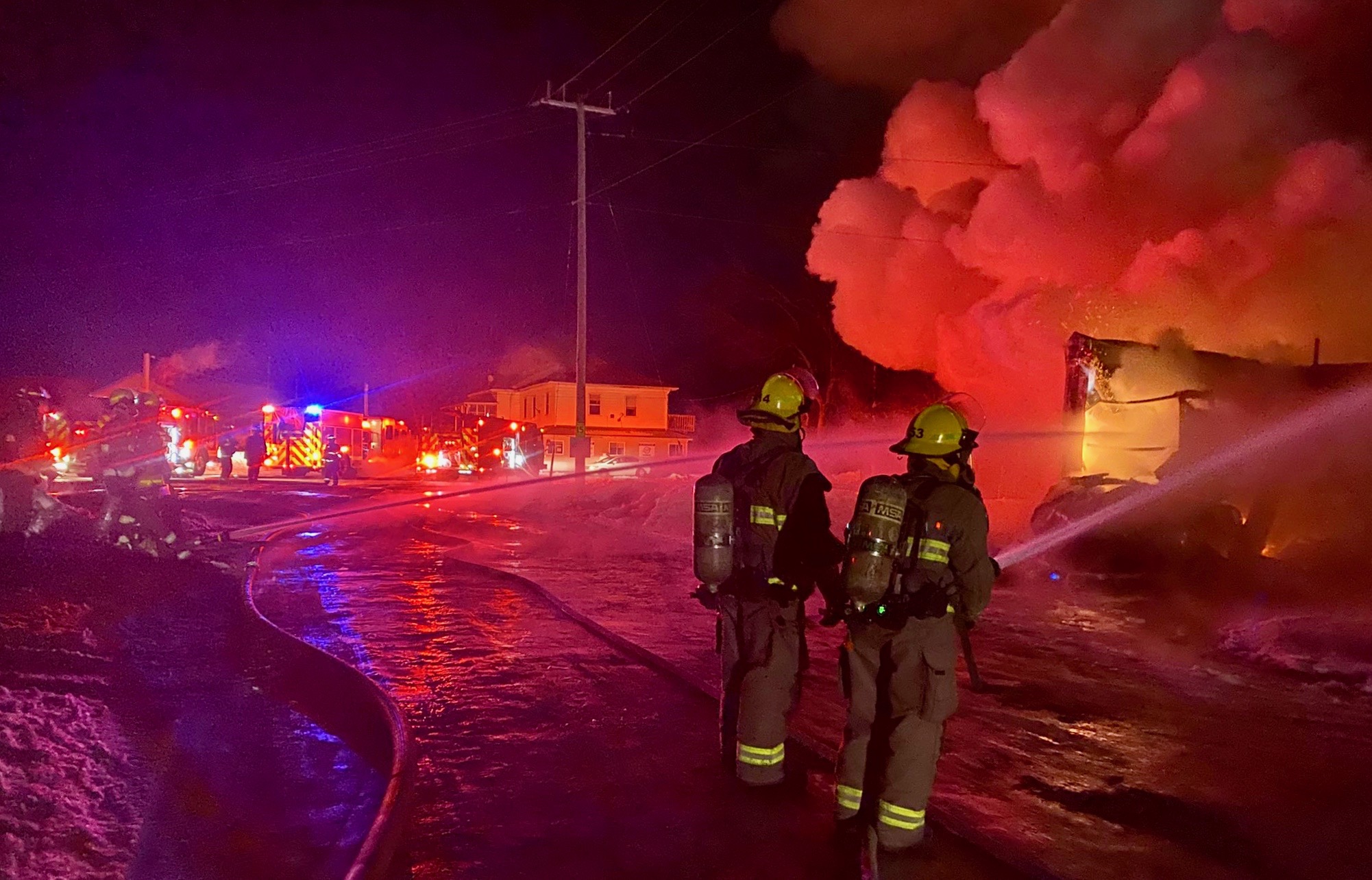 Firefighters from Puslinch, Cambridge, North Dumfries and Guelph/Eramosa were called to a fire at McClintock's Trailer Resort near Puslinch Lake early in the morning on Jan. 21. Cambridge Fire Department Twitter photo

PUSLINCH – No trailers were damaged or people injured, but a fire at McClintock Trailer Resort on Puslinch Lake destroyed a maintenance shed in the early hours of Jan. 21.

Puslinch Fire’s interim chief Brad Bigrigg said the call came in shortly after 5am and Cambridge Fire was first on the scene.

Puslinch Lake is covered by Cambridge fire but is in Puslinch Township, “and so they turned the fire scene over to us,” he said.

“The building caught fire somehow and was well involved when Cambridge arrived.”

Bigrigg said the building was a maintenance shed or mechanical shed with timber framing and steel cladding. 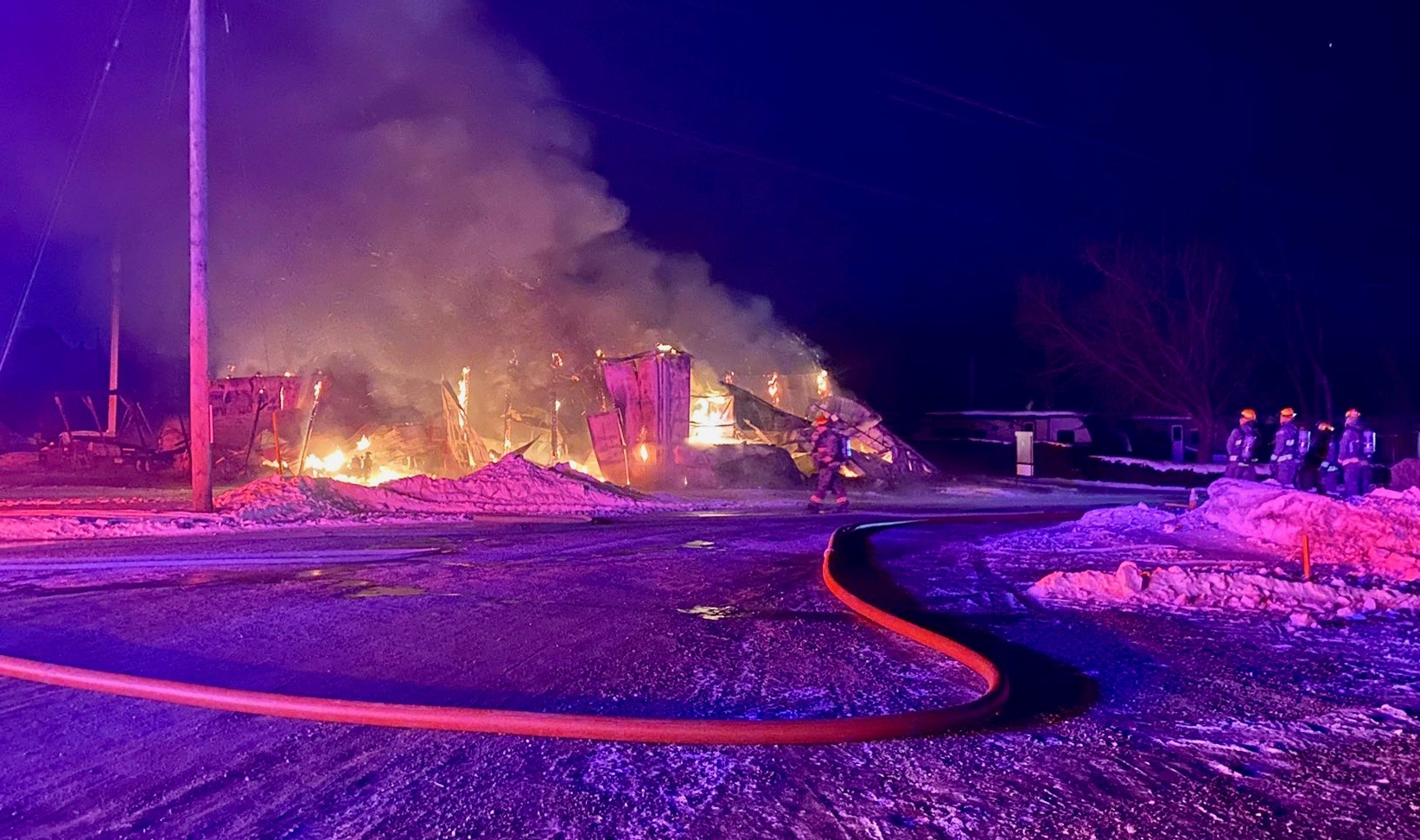 The fire was out by 9am but crews remain on scene and fire prevention is taking over to investigate the cause of the blaze.

Parts of the wreckage are still smouldering and crews are hosing things down as they work through the scene, Bigrigg explained.

“We and Centre Wellington are taking the building apart to try to determine how the fire started,” he said.

“There’s no reason to believe there is any criminal cause of the fire.”

Bigrigg said it quickly becomes icy at a fire scene and it was -22 degrees at 5am.

“It does become difficult for firefighters to move around with the ice,” he said.

“Public works came in and salted the area for us too.”