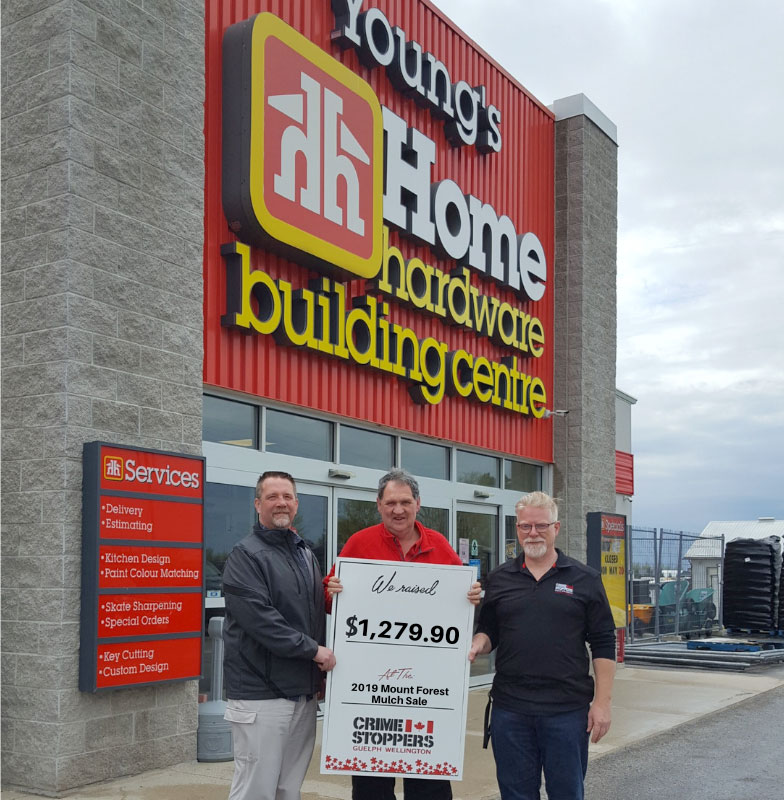 Mulch money - From left: Vice chair of Crime Stoppers Guelph Wellington (CSGW) Deryck West was joined by Marty Young of Young’s Home Hardware in Mount Forest and CSGW member Rob Mattice as they announced the total of the 2019 CSGW Mount Forest Mulch Sale. The $1,279 raised in May was three times what was raised in 2018. The program holds fundraisers to pay tipster rewards for information that leads to arrests in criminal investigations, as well as cover the cost of running the charitable organization. A total of $4,734 was raised at the Mulch Sales in Guelph, Fergus and Mount Forest. Submitted photo