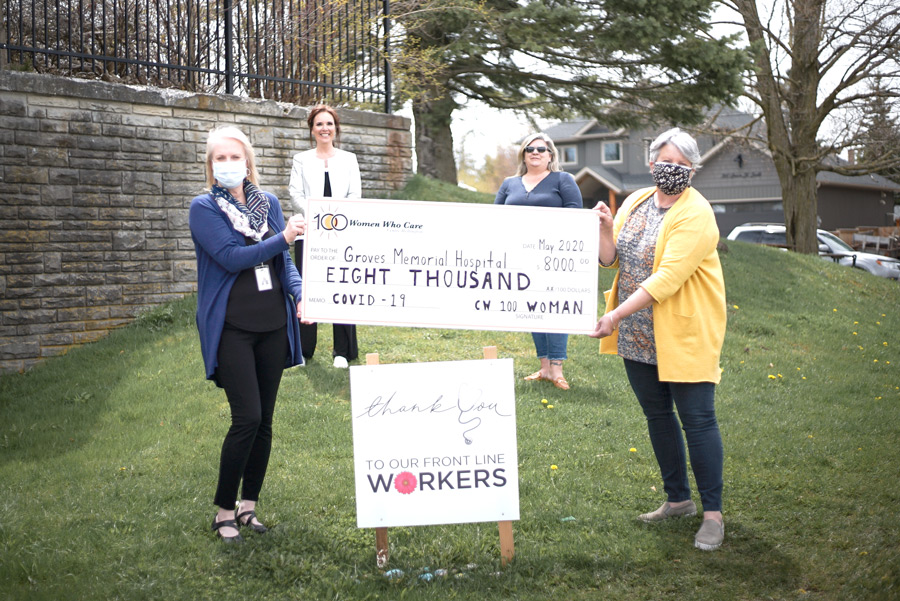 FERGUS – For a fundraising group whose second mission is to socialize, COVID-19 has really put a cramp on 100 Women Who Care Centre Wellington.

“We had our third meeting by email,” Tracy Bachly, founder of the club, said in an interview on May 22.

Seventy women participated and raised $8,000, which they donated to the Groves Hospital Foundation’s COVID-19 Relief Fund.

Club members usually attend four meetings a year and donate $100 at each meeting. Club members nominate charities, make their pitches and then members vote on who gets the donation.

Under optimum conditions, four charities will receive $10,000 in a year.

“Ideally, there’s no charge for the meeting place so all the money goes to charity,” Bachly said.

“Everyone was fine using email this time, but the majority join for the socializing, so that’s too bad. We hope we can do something in person in the fall.”

Bachly said the club held its first meeting last October – a small meeting, really to get their feelers out – and at its January meeting had 100 members, which she said is astounding and speaks well of the community.

“Hopefully when this passes, we can all get to know each other,” she said.