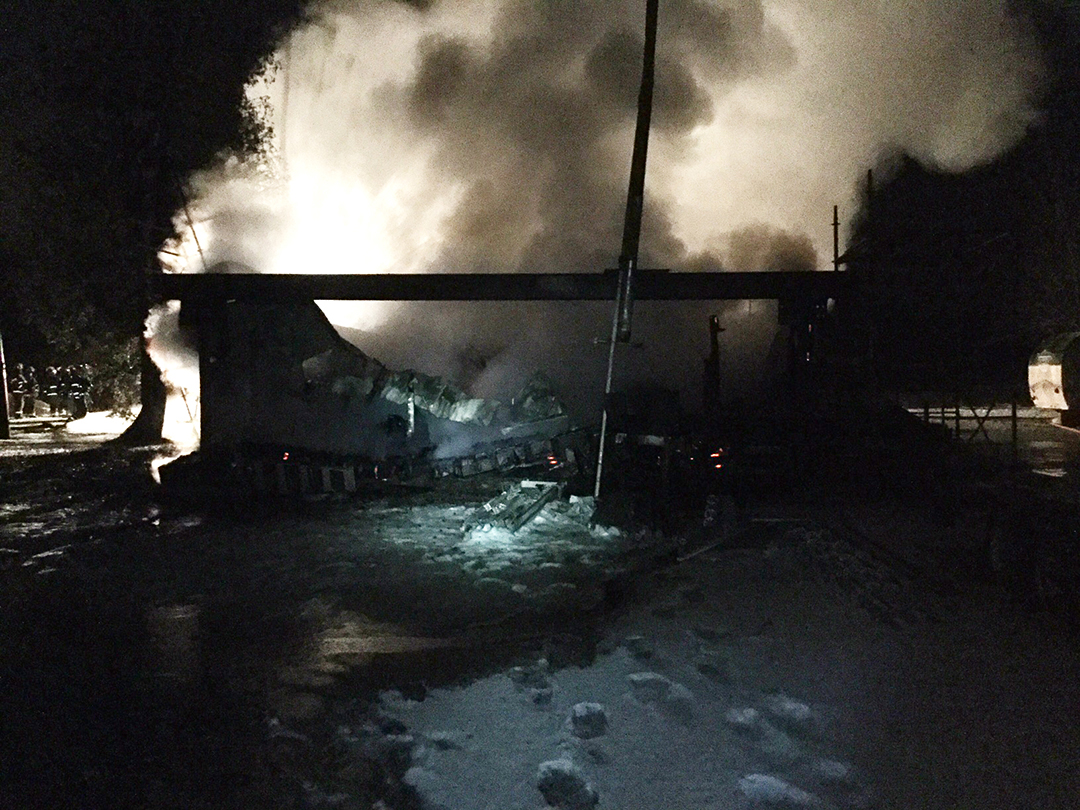 PUSLINCH – Four local departments responded to a fire on Feb. 28 that destroyed a garage in the south end of Puslinch Township.

At 10:20pm, Puslinch Fire and Rescue Services responded to the structure fire on  Gore Road.

The 2,500-square-foot,  two-storey garage was fully involved when Puslinch firefighters arrived on scene.

Gore Road between Lennon and Maddaugh Roads was shut down as emergency services responded.

Twenty nine firefighters were on scene from departments in Puslinch, Guelph, Hamilton and Cambridge.

Assistance was provided by the Ontario Provincial Police and the Guelph-Wellington Paramedic Service.