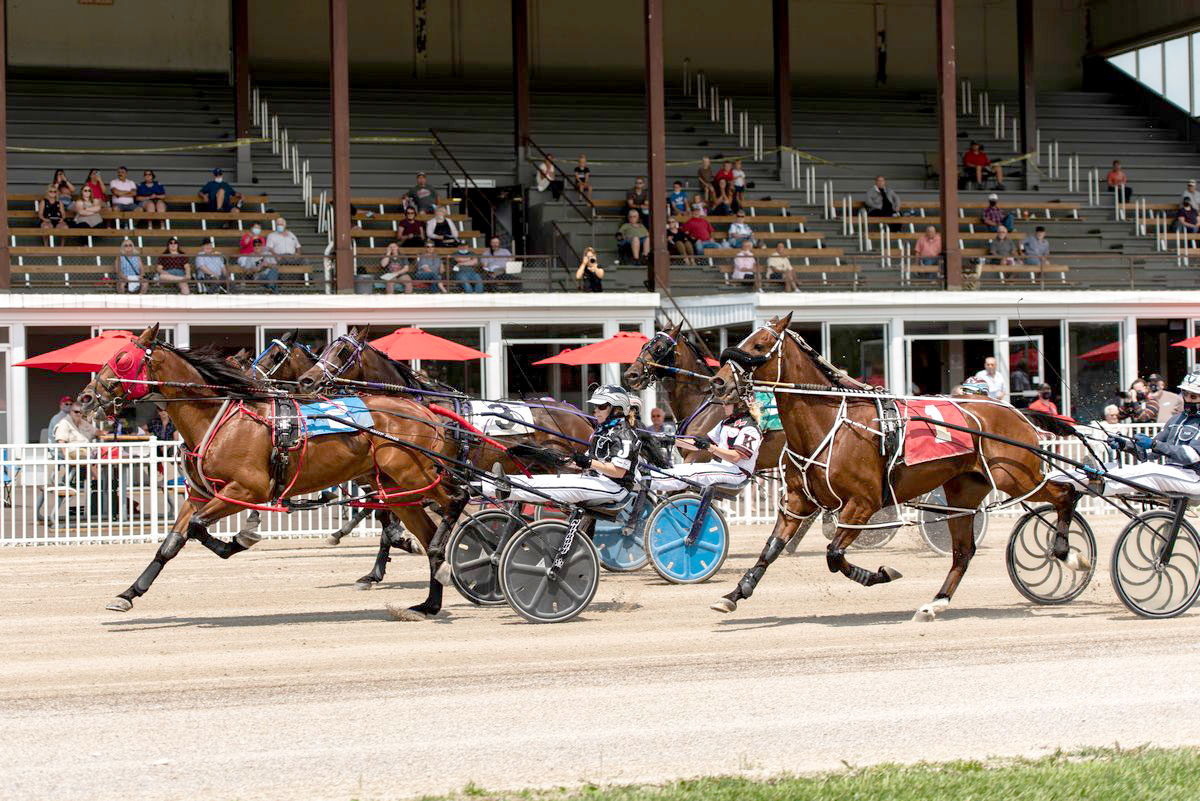 Championship – Grand River Raceway in Elora will host a leg of the Ontario Women’s Driving Championship (above at Hanover Raceway) on Aug. 12. Submitted photo

ELORA – After a successful first season at Hanover and Dresden raceways, the OLG Ontario Women’s Driving Championship is back in 2022, featuring three additional venues: the Grand River Raceway in Elora, as well as Leamington Raceway and the Raceway at Western Fair District.

Each track will have five races on a race card as part of the series, which will add two additional drivers this season, providing additional driving opportunities to more female drivers.

The series will be a fundraiser at each stop for Harness The Hope, a breast cancer charity founded by the Dustin family 17 years ago, that has deep roots within the harness racing community.

Each driver will donate their driving earnings for the series to the cause and each race track will have individual fundraising initiatives on-site to contribute to the cause.

“We are excited to showcase Ontario’s top women drivers while sharing the great fundraising efforts of Harness The Hope to our audience and community.”

The OWDC series started on July 16 and 17 in Hanover and Dresden respectfully. Remaining dates include:

– Sept 25 at Leamington Raceway; and

OLG returns as the title sponsor, with Ontario Racing back as a significant sponsor.

“We’re proud to help showcase some of Ontario’s amazing female drivers as an example of the growing diversity of talent we are seeing enter the sport. Promoting greater inclusivity within the industry builds on our efforts to create a sustainable future for horse racing across the province.”

John Hayes, chair of  Ontario Racing’s board of directors, stated the organization is “proud to support” the event, which is “creating more opportunities and awareness for the women in Ontario Standardbred racing.”

Day, last year’s winning driver, is glad to be back and sees the bigger picture of this event helping to foster women drivers at the highest level.

“Hopefully this is the beginning of a long-standing relationship with sponsors and tracks to help promote women of harness racing and we see a champion driver of the future come through the ranks because of this competition,” stated Day.

Kristy Dustin, the co-founder of Harness the Hope, is very grateful to be involved as the charity recipient.

“The strength and generosity of these [drivers, tracks and industry participants] is nothing short of astonishing,” stated Dustin.

“We are beyond humbled to be the recipient of this year’s OLG Ontario Women’s Driving Challenge, which will directly help those who have to face a cancer diagnosis through support programs, awareness and research in Ontario.”