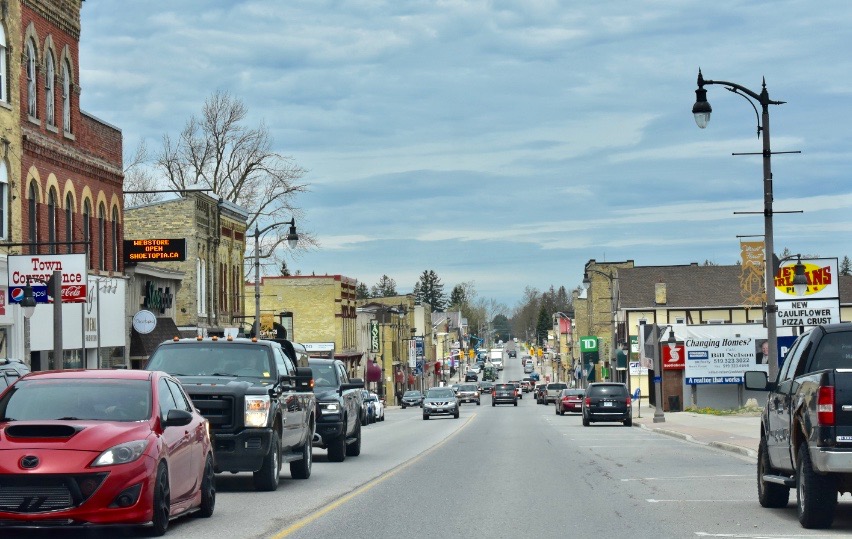 During the June 22 meeting, accepted a recommendation from economic development officer Dale small to award CIP grants of:

A report from Small indicates Cordon Canada plans to demolish and remove the remaining commercial structure on its property, the site of a former restaurant, and build a new structure containing one 1,806-square foot commercial unit and one 1,080-square foot residential unit on the main floor.

The report indicates approval of these applications means $48,728 of the $50,000 allocated for CIP funding in 2020 has now been awarded.

At the meeting, Small also updated council on activities undertaken or supported by the township’s economic development office during the first half of 2020.

In addition to the CIP, the department has also:

“I want to congratulate Dale and team for the CIP and RED program,” said councillor Steve McCabe. “It’s fantastic to see that this stuff is being done in downtown.”

The BRE grant, approved by the county on May 28, includes:

“Dale is being extremely responsive and helpful to these businesses in any way he can and I’d like to thank him for that.

“They’re asking him questions about provincial and federal programs in addition to our programs and Dale is doing his very best to help them out in anyway possible.”

In January council approved establishing two $25,000 funds and in February some of the proceeds from the successful Mayors Bonspiel were added to the Wellington North Youth Fund.

“We were also advised last month that year-to-date over $10,000 in anonymous donations had been received from Wellington North residents to be added to the Wellington North Community Fund,” the report states.

In response to the COVID-19 pandemic, the federal government recently announced the establishment of the Emergency Community Support Fund (ECSF).

The ECSF supports qualified applicants running projects at the community level serving vulnerable populations that have been especially affected by COVID-19.

On May 19 Wellington North was informed that the CWCF had received $75,000 in funding that was being made available in Centre Wellington and Wellington North for charities and not-for-profits supporting COVID 19 response.

“Were going to have a lot more communication on this, I think, once we get out of COVID-19,” said Small.

“I think it was a great move that council made earlier this year in terms of establishing these funds.”

Mayor Andy Lennox suggested the funds should be looked at as a long-term asset.

“So it’s not just about what’s there now, today, but what we can have over many years to come.”