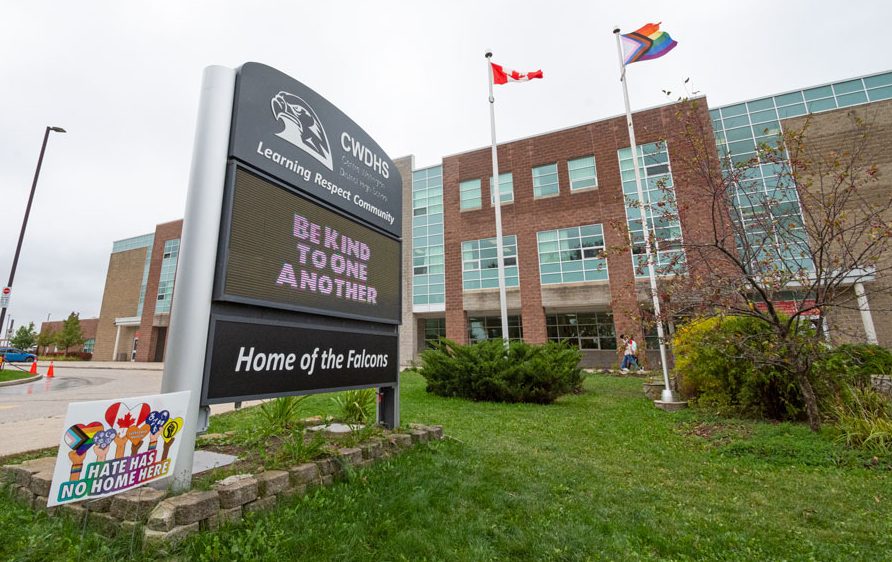 FERGUS – On Oct. 7, a transgender student was hospitalized after being physically assaulted by another student at Centre Wellington District High School (CWDHS).

Much has happened since.

Social media was flooded with rumours and accusations, parents and a student spoke with the Advertiser about fears of safety, Wellington OPP charged a 14-year-old boy with assault, a family member of the teen charged reached out to the Advertiser, and calls to Compass Community Services’ distress line, established specifically for those in the LGBTQIA2S+ community has been ringing off the hook.

With few details coming from school officials—despite mounting community concern and accusations of an escalating pattern of abuse and violence targeting minority groups at CWDHS—the Upper Grand District School Board (UGDSB) is bringing the conversation into the public sphere.

The board is holding a series of public community meetings aimed at combating hate, violence and intolerance, and bringing the issues of transphobia and homophobia to the forefront.

UGDSB officials will be joined by the Canadian Mental Health Association, CWDHS, Family and Children’s Services, the Ontario Provincial Police, Compass Community Services, and the Wellington Catholic District School Board.

Kevin Cameron, a board certified expert in traumatic stress and the executive director of the North American Center for Threat Assessment and Trauma Response, has also been invited to the meeting.

“Kevin Cameron has been a support to the community on multiple occasions in the past and understands the complexities and the traumatic events that this community has experienced,” states an UGDSB press release.

“He will speak about the collective efforts that can be taken by us all – school board, community agencies, students, parents/guardians/caregivers and community members – to ensure our communities are free from intolerance, hate and violence and that our classrooms are safe, accepting and inclusive for all students.”

A link to register is provided on the school’s website, www.ugdsb.ca/cwdhs.

“We’ve had numerous calls, particularly since this (Oct. 7) incident … quite significant calls where we’re dealing with individuals who are highly anxious,” Compass executive director Joanne Young Evans told the Advertiser.

Compass Community Services, with its cadre of supports and programming, was one of the organizations the UGDSB reached out to for help with the effort.

“This is a really good response from the school perspective, but it really also needs to be a community response as well,” Young Evans said.

“This is an issue that’s happening at school, but this is also a community issue, so we need to deal with it in a holistic way.”

Young Evans has worked closely with UGDSB mental health and addictions lead Jenny Marino on a number of committees, a suicide awareness council, and various other partnerships and projects over the years.

“They’re the first ones to say, ‘We don’t have all the answers, we know what we need to do within the school system itself, but we need your help,’” Young Evans said of the school board.

“They recognize that this needs to come from the community, and it needs to involve the community. Because that’s where this kind of stuff ends up building up.”

Forget the kids for a second and look at the adult population, Young Evans said, speaking of the stress and aggravation wrought over the past year and a half.

She pointed out Compass’ general distress line has exploded from a couple hundred calls to over 2,000 per month.

Kids have been crammed at home, going through the motions with disgruntled adults also trying to navigate pandemic life.

“You’ve got youth who are feeling the same way that adults are—adults aren’t handling this very well, so we expect our youth to handle it well?” Young Evans said.

“It’s an explosion, I would suggest across school systems, where kids are angry, they’re frustrated, they’re anxious, they’re scared, they’re triggered easily—all of those things that we’re experiencing in the adult population is happening in the youth population.”

Compass is offering the victim and their partner violence against women programming with individual and group sessions, paid for by the province. 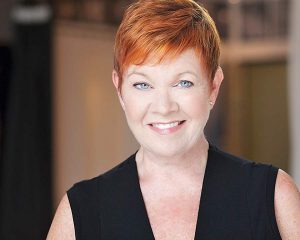 “It deals with things like violence, safety planning, all those kinds of things, and being able to talk with other individuals that have had similar situations and can relate,” Young Evans explained.

“I don’t know if they’re ready yet or not, I can’t speak to that, but we’re more than happy to get them into counselling right away.”

Compass’ mental health services director Ben Hesch, who is a registered social worker, said incidents of violence are increasing in schools due to heightened anxiety levels.

Hesch said Compass’ three locations in Guelph, Fergus and Mount Forest are seeing kids presenting mostly with anxiety-related issues with a laundry list of contributing factors, including home life, social pressures, sexuality, identity and, of course, the pandemic, which presents its own inherent challenges.

Whereas some children will respond by shutting down, and others with avoidance, others still will respond with anger and violence.

“If we don’t look at this from multiple lenses, I don’t think we’re ever going to get to a place where we can heal from it,” Hesch said.

“Perhaps that means putting aside the regular curriculum in the schools and addressing psychoeducation on social wellbeing; talking about emotions, talking about how they feel, acknowledging the challenges that kids must be going through, and giving them some tools and strategies to manage some of these big emotions,” he suggested, acknowledging that too would be a challenge.

Young Evans said an important piece missing from the discussion at large is the abuser.

“It’s serious and it never should have happened, so we need to find out why it happened,” she remarked.

“They should never be shamed out of the conversation.”

Noting, “No one is born a bully,” she added problems like bullying will continue until the root of the problem is dealt with.

“We listen, we learn, and then we begin to heal.”

But while the community at large has a collaborative role to play in healing, Young Evans is concerned about ongoing supports specifically focused on the LGBTQIA2S+ community.

“Their needs can be very different,” she previously told the Advertiser.

“There are not a lot of LGBTQ resources in our community,” she said, adding Compass’ line for the LGBTQIA2S+ community, started just this month, only has one-time funding.

“We need to increase our supports to the LGBTQ community, that’s number one.

-With files from Joanne Shuttleworth