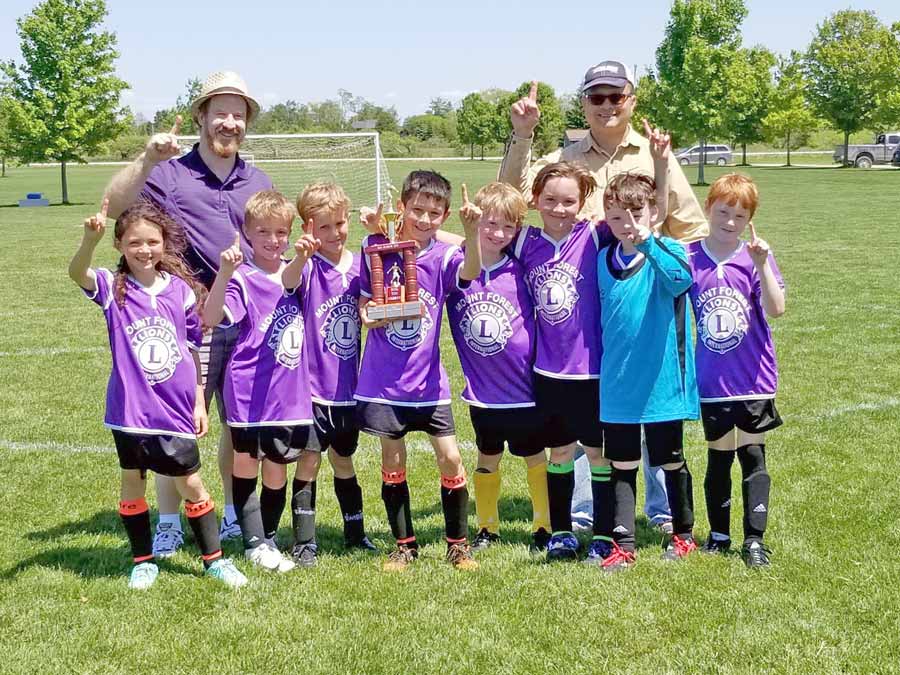 Tournament champs - The U10 Mount Forest Lions Club Soccer Team, won the Mid-Season Cup held in Thornbury on June 22. With seven players on the field and only one player to substitute, they beat teams from Hanover, West Grey, and Blue Mountains to finish first going into the playoffs. After lunch they beat Blue Mountains in the semi-finals, then knocked off the defending champs Markdale in the final. The players are (from left): Caitlin Tran, Callum McDonald, Ryerson Corley, Connor Tran, Declan Lisk, Charles Bolton, Evan Filsinger and Quinn Taylor. The coaches are Ian Corley (absent), Will Tran and Sean Lisk. Submitted photo