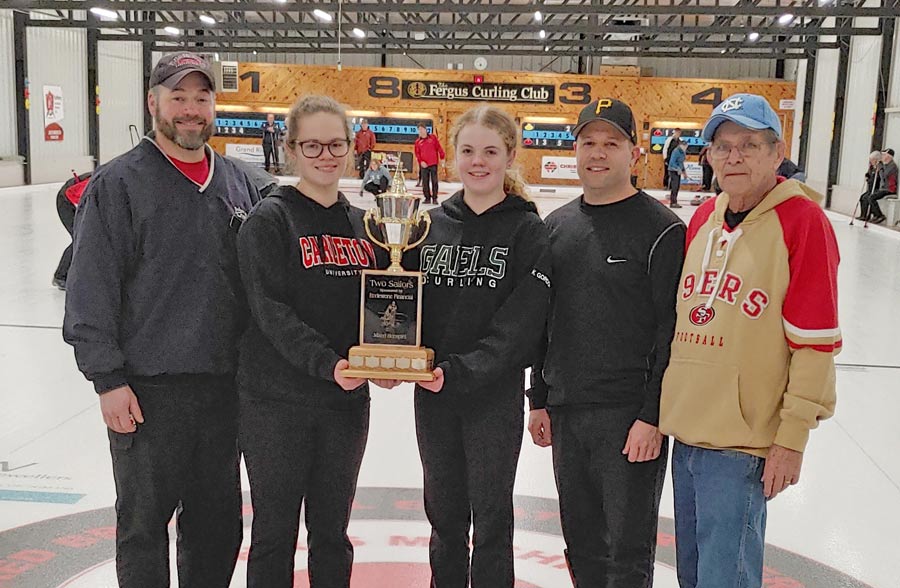 Winning family – The first bonspiel of the 2020 season was held Jan. 4 at the Fergus Curling Club. It is called the Two Sailors Bonspiel, named after two members of the club who were once sailors, and is sponsored by Eccelstone Financial. The two, Gary Waterhouse and John Anderson, have run this spiel for several years. Anderson could not be there this year, so the event was convened by Waterhouse and his wife Lynda.