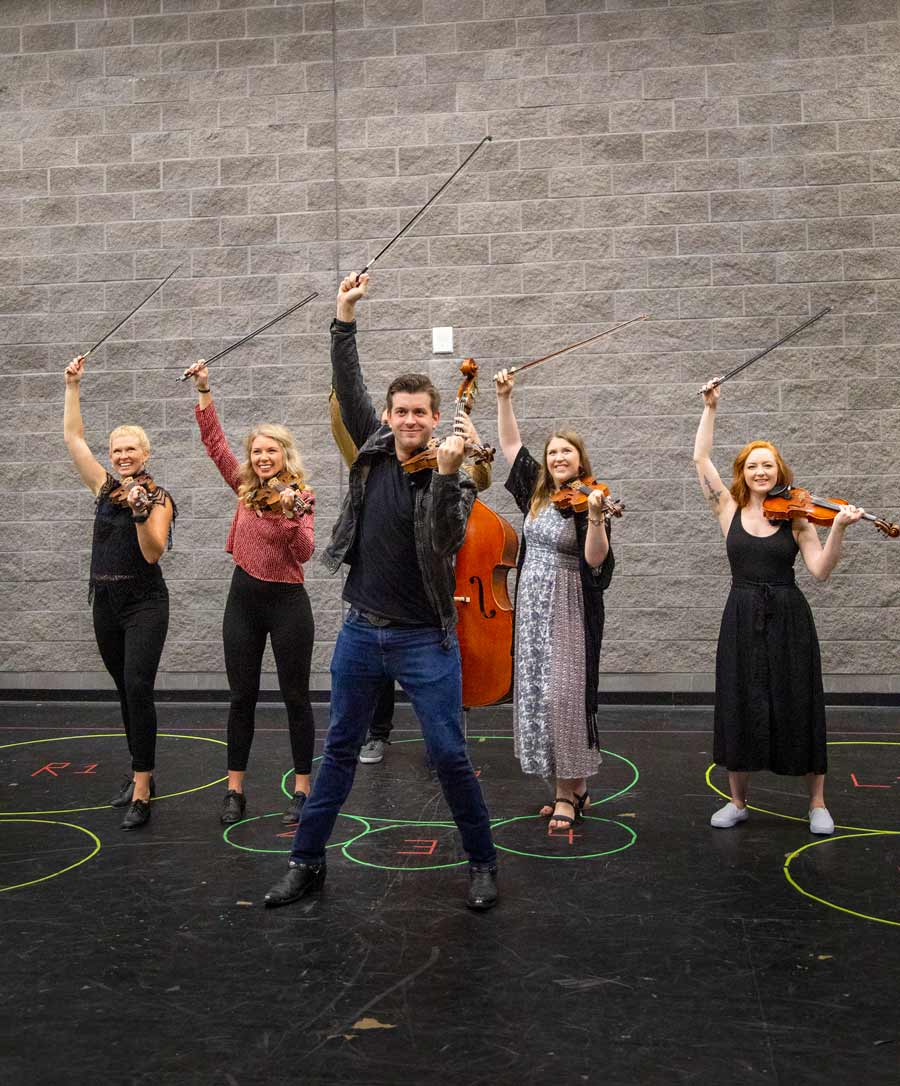 String fun - Fiddler on the Loose is on stage at Drayton Festival Theatre until Aug. 10.
Submitted photo

DRAYTON – There’s a fiddler on the loose in the tranquil village of Drayton … and he’s on a mission to entertain with a high-energy musical extravaganza, officials say.

Crafted to showcase the fiddling and singing of musician and showman Jesse Grandmont, Fiddler on the Loose is a lively revue packed with over 60 songs from the genres of country, pop, bluegrass, Celtic, and even a dash of classical for good measure.

The result is an electrifying fusion of entertainment that will leave audiences clapping along and singing their way out of the theatre during its three-week run at the Drayton Festival Theatre from July 24 to Aug. 10, officials say.

Riffing on the well-known musical by Jerry Bock and Sheldon Harnick, the production’s tongue-in-cheek humour is immediately apparent – this is very clearly a unique musical presentation celebrating the evocative sound of the violin.

“Fiddler on the Loose is a heartfelt tribute to the power of music and its ability to unite us,” said Alex Mustakas, artistic director of Drayton Entertainment.

“Audiences will be blown away by the depth of talent on stage.”

Conceived by David Rogers, one of Canada’s most accomplished artists, and directed and choreographed by David Hogan, who helmed Drayton Entertainment’s critically acclaimed production of Man of La Mancha last season, Fiddler on the Loose features more than just fantastic fiddling – there’s singing, dancing, and plenty of comedy in the mix.

He is a natural-born entertainer, evidenced by the fact that he has been playing the violin since the age of three, and has toured internationally with the Ontario Festival Symphony Orchestra and the popular fiddle group, Barrage.

A fixture at the Victoria Playhouse Petrolia, he has appeared in numerous shows including Country Sunshine, Country Christmas Jamboree, Fiddler on the Loose, and more.

Together, they present a musical extravaganza that covers the spectrum of the human condition, including country standards (Thank God I’m A Country Boy, Jolene, The Gambler), unbridled feel-good rock ‘n’ roll (Rock This Town and Rock Around The Clock), Broadway (complete with a Fiddler on the Roof montage), emotional ballads (You Raise Me Up, Hallelujah), and more.

Set, costume, and lighting design is by D2 Entertainment, with Jesse Grandmont serving double duty as music director, Laurel Oneil is the stage manager, and Lynette Blanchard is the assistant stage manager.

Fiddler on the Loose is on stage until to Aug. 10 at the Drayton Festival Theatre.

Tickets may be purchased in person at any Drayton Entertainment Box Office, by calling the box office at 519-638-5555 or toll free at 1-855-drayton (372-9866), or online instantly at www.draytonentertainment.com.