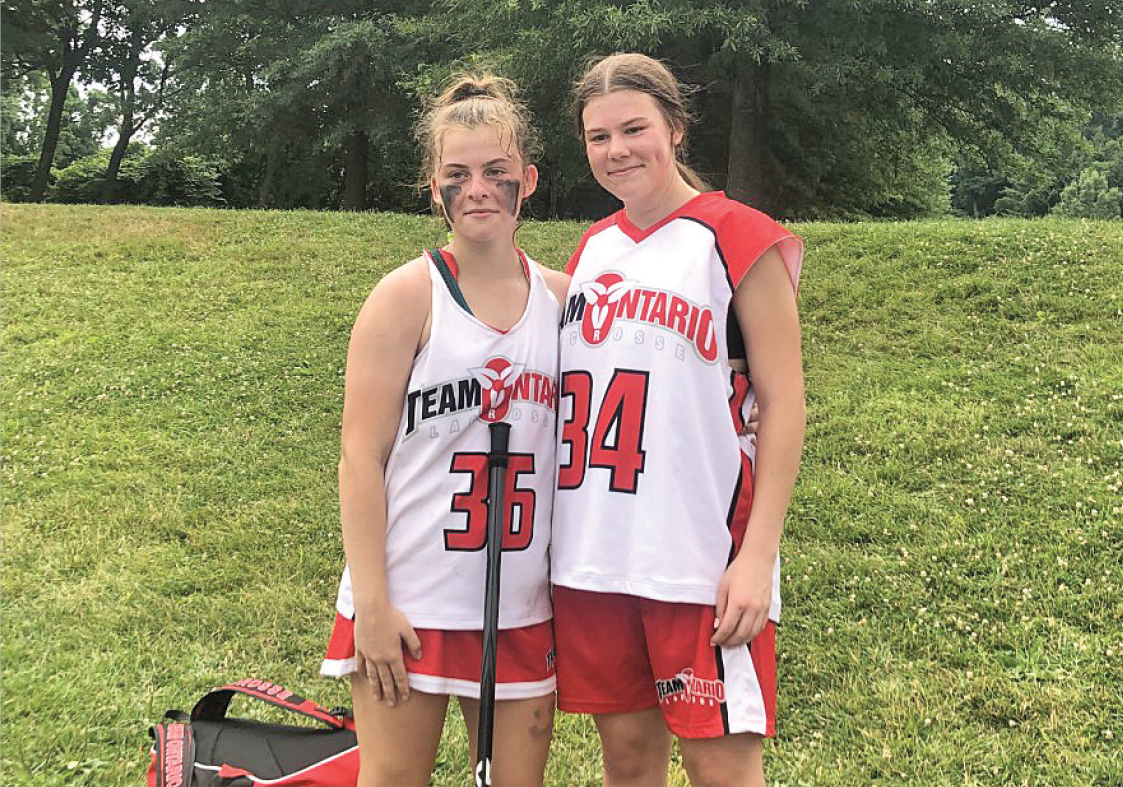 Team Ontario – Fergus resident Mielle McKnight, right, was in Baltimore, Maryland recently, playing in the Women’s World Lacrosse Festival with Team Ontario. Her team of U17 girls played in the 18U division. They played three round robin games, defeating Eyekonz 16-3, Louisville Cardinal Elite 11-2, and Utah 8-5. In the final they met the Awkwesasne Ride, with Team Ontario member Dacia Cordingley, left, of Orangeville, scoring the winner in that game, to win the 18U division of the tournament. This was the first of four tournaments in which the U17 Team Ontario girls are playing. Submitted photo