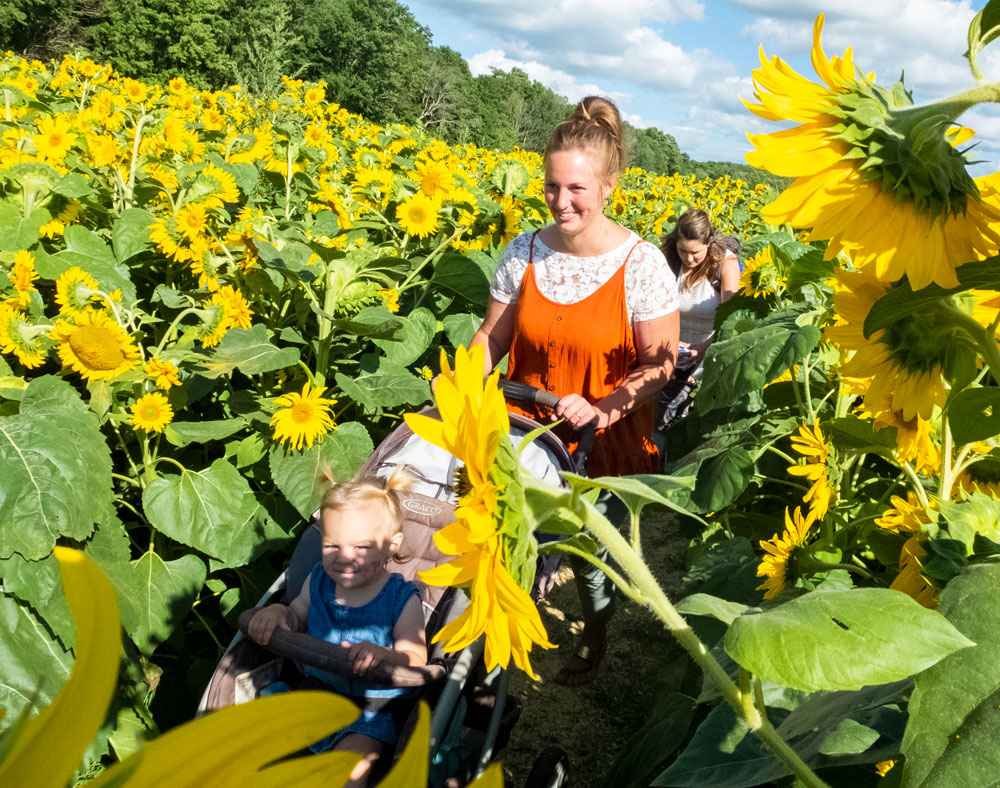 Arien Nagel pushes her one-year-old daughter Danielle along a pathway bordered by swaying sunflowers at the 2021 Shine Your Light Sunflower Tour in Mapleton on Aug. 16. Photos by Jordan Snobelen

MAPLETON – The second Shine Your Light Sunflower Tour at the Ottens’ farm near Moorefield on Aug. 14 was a beacon of light in a tough year.

The sunflower event was launched last summer by Matt and Leona Ottens as a fundraiser for the Canadian Cancer Society. Funds raised this year from the sunflower tours are going to the Palmerston and District Hospital (PDH) Foundation.

Despite Matt’s tragic death in an incident on Conestogo Lake on June 13, leaving Leona to raise their four children, she decided to press on with this year’s event.

“Grace just needs to surround us in these times, to move forward with something like this was incredibly brave of her,” said Dale Franklin. “Live loud and love wide; that’s something they believed in together.”

Franklin, who is PDH’s foundation development officer, helped with registration and spoke at the event on behalf of Leona. 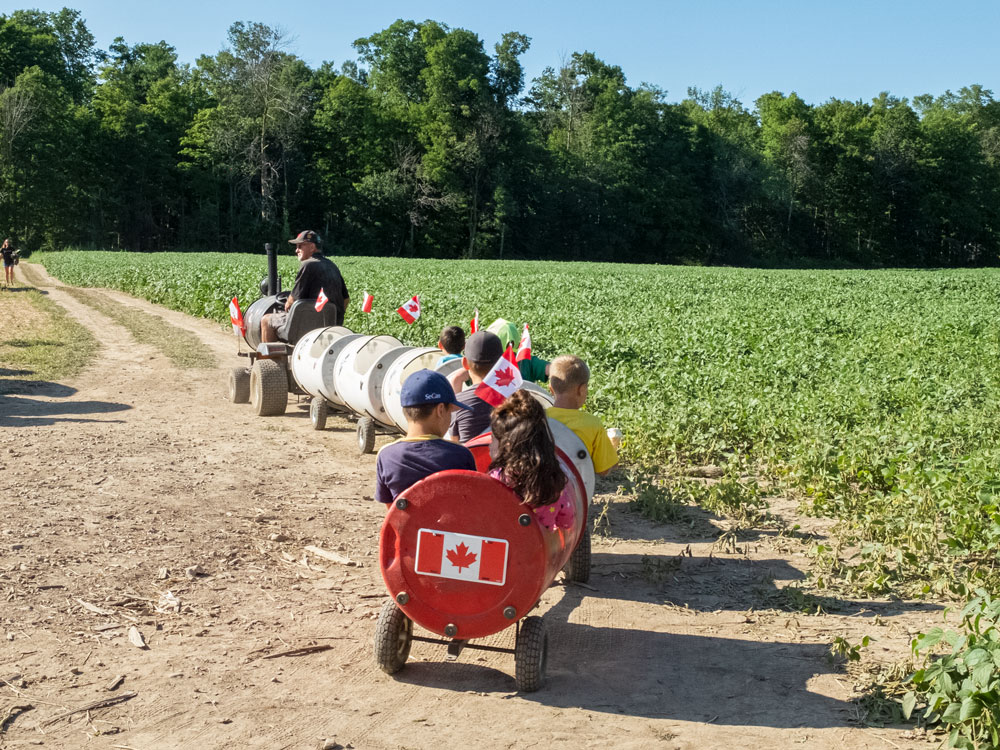 Tractor ride at the 2021 Shine Your Light Sunflower Tour. Photo by Jordan Snobelen

New this year was a walk and run, with 190 participants in two-, five- and 10-kilometre options.

“That was huge for them, they wanted to make sure that there was an opportunity for people to be outside, to be active, to be fitness-focused,” Franklin said of the walk and run.

A “solid group of people” helped to put the event on this year with community members showing up the night before asking what needed to be done.

Worship music groups from local churches sang and played songs under a tent through the day and the New Nelson band rounded out the night. 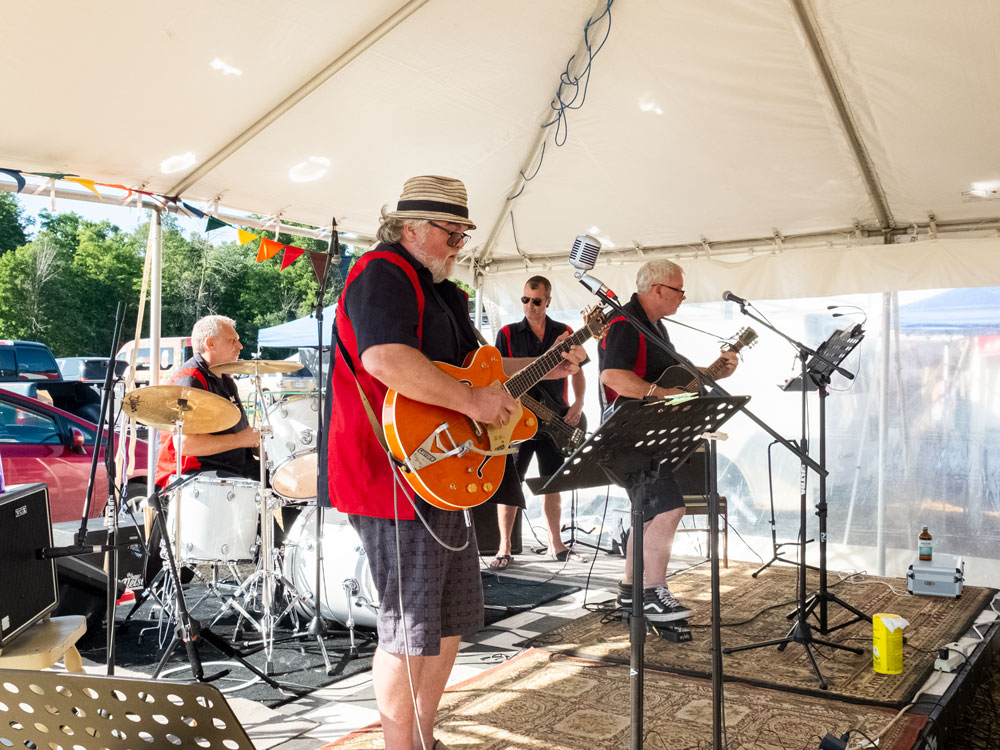 The New Nelson plays at the 2021 Shine Your Light Sunflower Tour. Photo by Jordan Snobelen

“There’s a lot of small town in this,” Franklin remarked. “This is what your hometown does.”

Not only did the event accomplish that, it surpassed it, raising at least $20,450 for the hospital foundation’s equipment wish list.

“They’ve got firm roots in this community,” Franklin said of the family.

“So, people wanted to come out and support and it’s been a good day.” 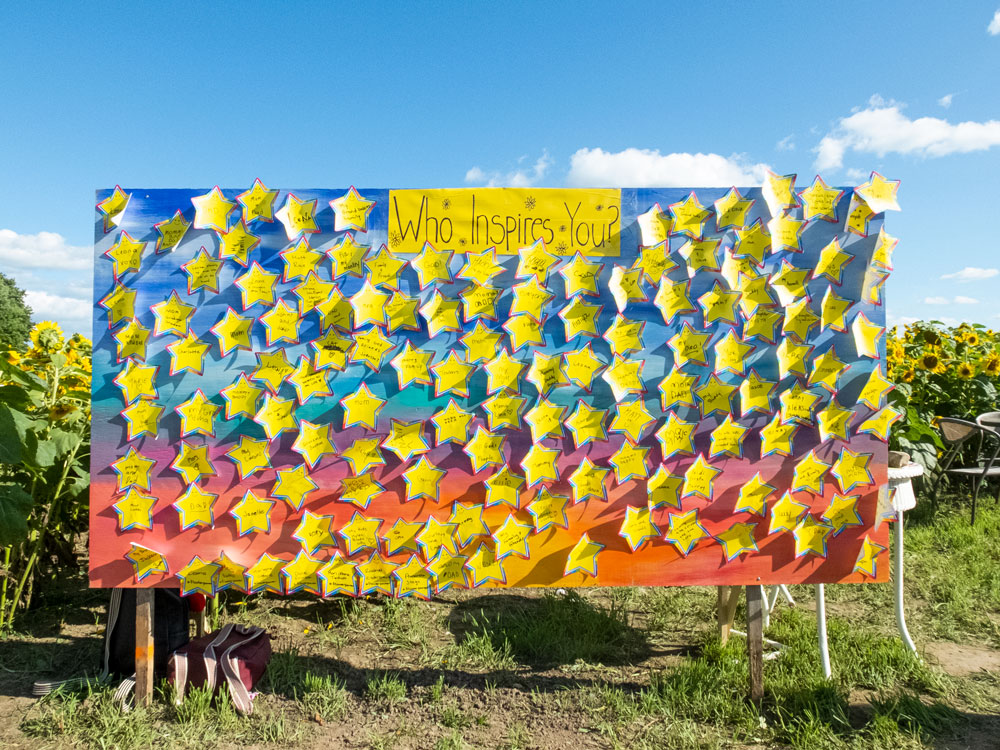 An wall of inspiration at the 2021 Shine Your Light Sunflower Tour held at the Ottens’ family farm near Moorefield on Aug. 14. Photo by Jordan Snobelen

Around 1,500 people filtered in and out across the farm throughout the day.

“The community responded really well and she intends to do it again,” Franklin said.

In an email follow-up to the event, Franklin said, “The Ottens family is appreciative of all of the support of their family and community that allowed them to create a day that celebrated Matt and his love of farming.”

Sunflowers planted by the late Matt Ottens seen at the 2021 Shine Your Light Sunflower Tour held at the Ottens’ farm near Moorefield on Aug. 14. Photo by Jordan Snobelen