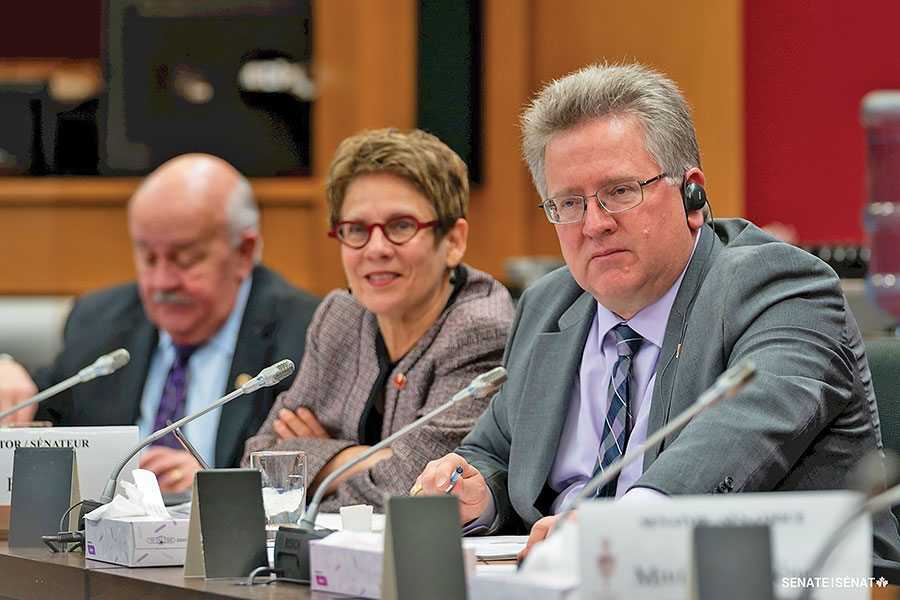 Soil advocate - Rob Black, senator and chair of the Standing Senate Committee on Agriculture and Forestry, is renewing his advocacy for a new, comprehensive study of Canada’s soil health. Advertiser file photo

OTTAWA – The Red Chamber fell quiet during Canada’s 44th federal election, but Senator Rob Black isn’t wasting any time getting back to work.

Using his voice to advocate for Canadian agriculture at the federal level, Black planned to bring up some old dirt at a Dec. 13 Standing Senate Committee on Agriculture and Forestry meeting when he resumes doggedly pushing for an updated, comprehensive study of Canada’s soils.

Black last proposed a new study in 2019, but COVID-19 buried the ambition in the muck and an impromptu federal election all but washed it away.

“It was that early in the process,” Black said. “That proposal ultimately died.”

The last soil study, Soil at Risk: Canada’s Eroding Future, was completed in 1984.

The senator is concerned about decreasing arable land from erosion and development, and the role agriculture can have in climate change mitigation.

“This is far more than just farmers needing to look at this — it’s a Canadian issue,” he remarked. “If we don’t have enough arable land to feed either ourselves or support the rest of the world, I think we’re in dire straits.”

That could be accomplished through committee meetings, interviews with witnesses, consulting experts and scientists, and meeting with farmers in-field to address the financial impacts of responding to climate change, science and technology surrounding soil health, and regulations “to make sure we’re treating our soil properly and treating the land that we’re growing our food on properly,” he said.

He envisions smaller studies followed by interim reports over the course of 18 to 24 months coming together to form a broader, more comprehensive study as a whole.

The end result would be a series of recommendations for the feds.

From the ‘84 study, 13 conclusions were made and 20 recommendations proposed.

Not all recommendations were followed, but from the study came the Soil Conservation Council of Canada which advocates for soil conservation across the country.

“I think our farmers here in Wellington County are doing good things,” Black said, but he believes there’s plenty more that could be done and farmers will need public support to cover the expense of driving progress in better farming practises.

“If we don’t engage the public, Canadians in general, I don’t think that the government will give it the consideration it really deserves,” he said.

Black, who was recently appointed chair of the standing committee, will bring a proposal for the study forward this week, but there are no guarantees with 11 other senators from across the country bringing their own ideas.

“My hope is that when we come back in the new year, we will be closer to either getting down to work, or finalizing something,” Black said, before pledging to keep kicking up the dirt into the future if the proposal doesn’t succeed.