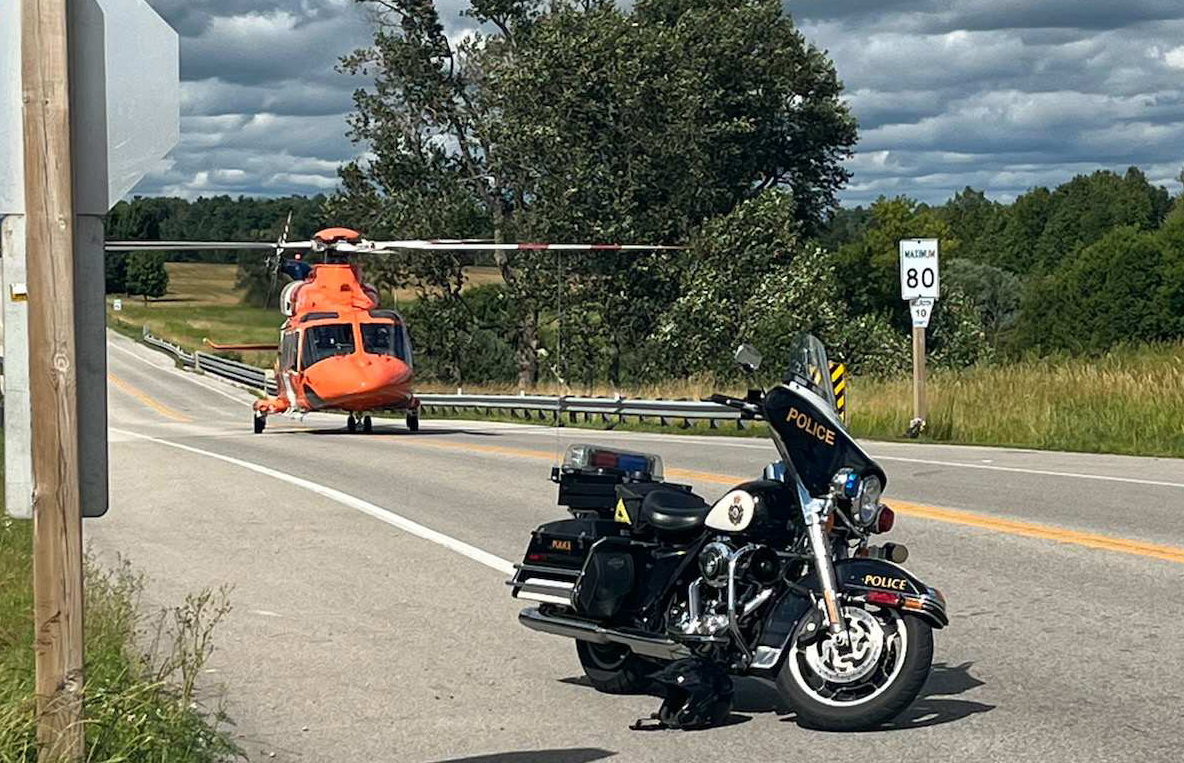 Emergency crews responded to a serious crash at the intersection of Wellington Roads 8 and 10 near Moorefield on July 25. One person was pronounced dead at the scene and another was airlifted to hospital in life-threatening condition. Submitted photo

MAPLETON – A second person has succumbed to injuries sustained in a serious crash here on Monday.

Emergency crews responded to the intersection of Wellington Roads 8 and 10 near Moorefield on July 25 at about 3:30pm.

Wellington County OPP officials say a dump truck and a pickup truck collided at the intersection.

“The driver of the pickup truck was pronounced deceased at the scene,” police stated in a July 26 press release.

“The passenger was airlifted to a nearby trauma centre with life-threatening injuries.”

A July 27 update from the OPP notes the passenger later died in hospital.

Police have identified the driver as as Robert Geffs, 76, and the passenger as Mark Albrecht, 29. Both were from the Tiverton area.