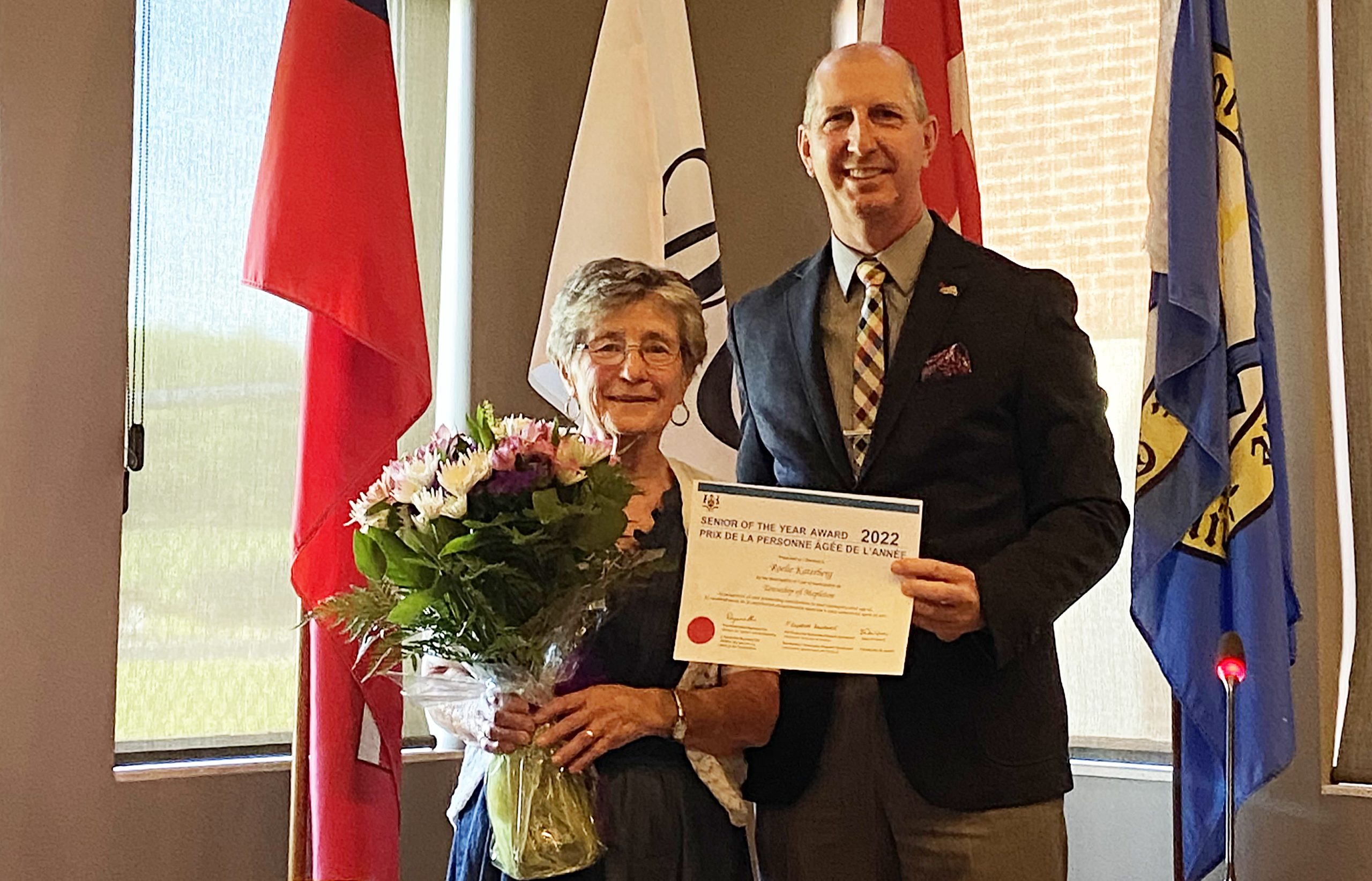 She was given the award at a June 14 council meeting.

Katerberg, who’s about to turn 81 and has lived in the community for 58 years, said she doesn’t understand why she’s being honoured.

When she first heard she’d be given the award, Katerberg recalls wondering, “Why?”

That’s not because she denies her years of assisting in the community, but Katerberg views helping out as just something you should do as a resident.

“To me, it comes natural,” she said, though she added she is honoured and humbled  to receive the award.

For years Katerberg has driven seniors without cars to doctors appointments, and delivered their groceries from her longtime employer, Drayton Fresh Mart, where she still works managing the Dutch food section.

She attends local council meetings and tries to be an active community member.

“If somebody needs something, I’m usually willing to help,” she said.

Katerberg said community involvement is not limited to grand gestures; it also includes reaching out to people and starting conversations, which she noted can make someone’s day.

“I guess it’s the little things sometimes that count, right?” she said.

Katerberg noted she is encouraged by the Senior of the Year award to continue helping in the community.

Ellen Emmerson, a resident at Conestoga Crest, a seniors living community in Drayton, has known Katerberg for over four years.

“She’s the most selfless person I’ve ever met in my life,” said Emmerson, who has impaired vision and doesn’t have access to regular transportation.

“I feel honoured to have her as my friend,” Emmerson said of Katerberg.

Laurie Sipes, who has lived in the area for over 30 years, said Katerberg regularly helped her late mother, Ethel Doucette, when she was a resident at Conestoga Crest.

“Even though I helped her every day, she wanted that connection with Roelie,” Sipes said of her mother.

Katerberg “didn’t have to do it, but she did it anyways,” Sipes added.

“She just always had that capacity to reach out.”

Though her mother passed away in May of 2020, Sipes added she considers Katerberg family.