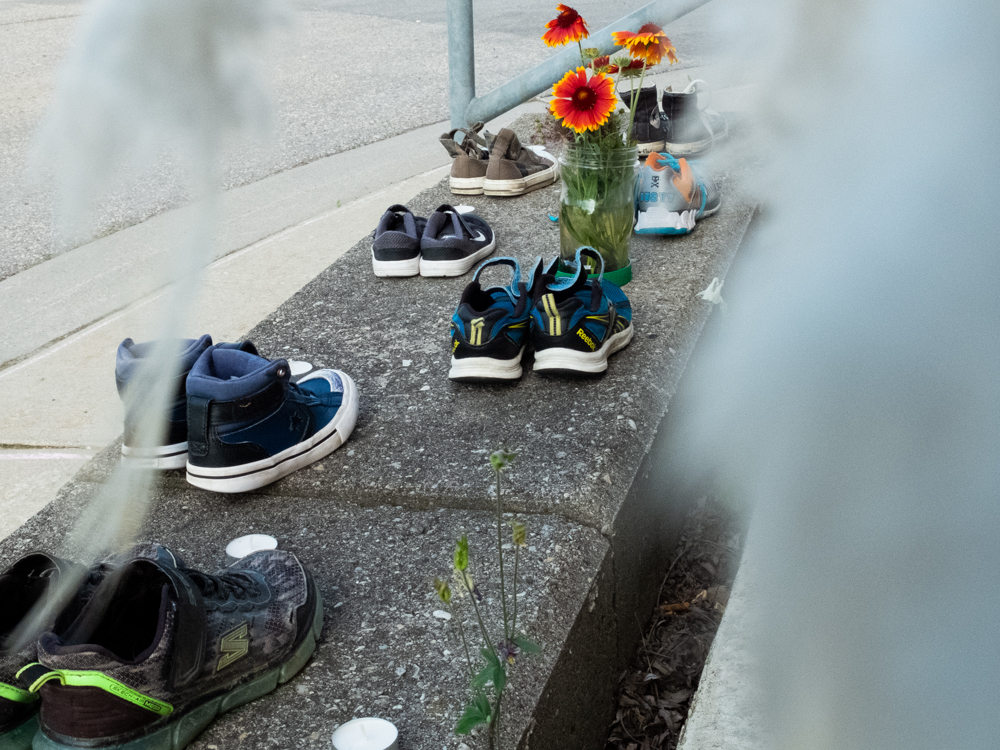 Pairs of children’s shoes and candles were part of the memorial at Mount Carmel-Zion United Church in Morriston. Photo by Jordan Snobelen

MORRISTON – The Mount Carmel-Zion United Church held a drop-in vigil on the nights of June 11 and 12 to mourn and pay respects to Indigenous and Muslim communities.

In May, the remains of 215 children were discovered with ground-penetrating radar at the former Kamloops Indian Residential School in British Columbia.

At the Morriston memorial, pairs of children’s shoes, a symbol of the lives of lost children, were placed along a rock ledge with candles.

A small orange shirt, a representation of the statutory National Day for Truth and Reconciliation commemorating the tragedy caused by Canada’s abhorrent residential school system, also hung from a railing.

“The whole idea is simply to provide a space in the community for people from all different walks of life and faith traditions to stand in solidarity against violence and against racism, which have been, unfortunately, endemic to this society for many years,” church chaplain Margaret Ruggles said on June 12. 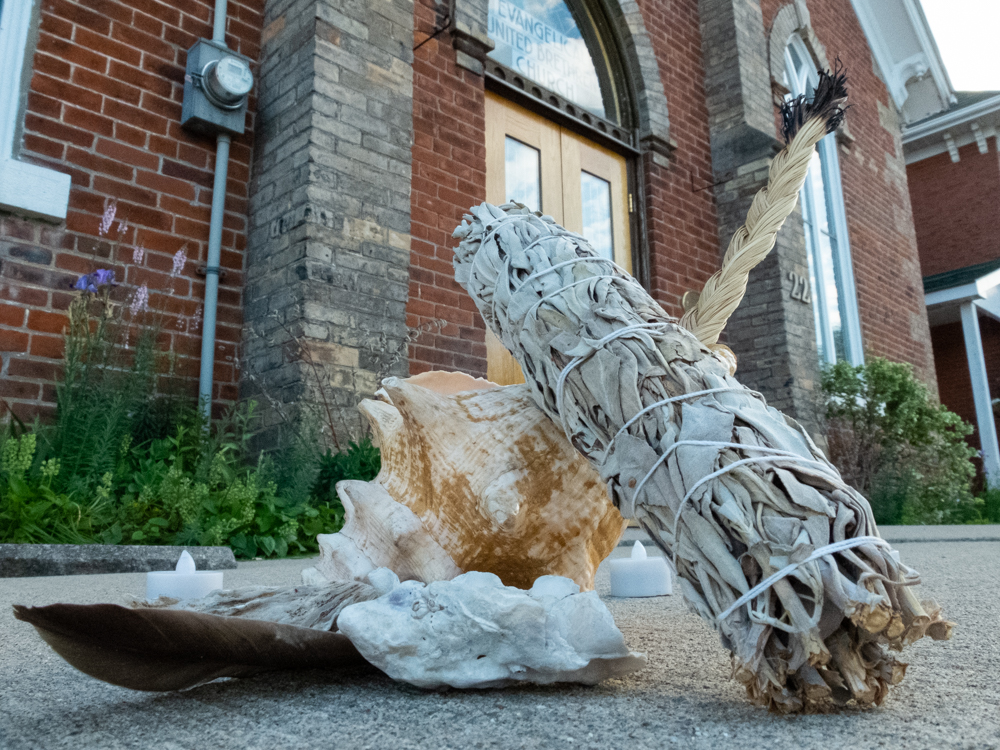 Prepared ceremonial elements were also part of the display. Photo by Jordan Snobelen

In 1998, the church’s Canadian moderator Rev. Bill Phipps issued an apology to residential school survivors who were subjected to the abusive system.

“To those individuals who were physically, sexually, and mentally abused as students of the Indian Residential Schools in which The United Church of Canada was involved, I offer you our most sincere apology,” Phipps stated.

“You did nothing wrong. You were and are the victims of evil acts that cannot under any circumstances be justified or excused.”

Indigenous church elders acknowledged, rather than accepted, the apology, with All Native Circle Conference representative Edith Memnook saying in part: “We only ask of you to respect our Sacred Fire, the Creation, and to live in peaceful coexistence with us. We recognize the hurts and feelings will continue amongst our people, but through partnership and walking hand in hand, the Indian spirit will eventually heal.”

“I think it’s part of the church’s understanding [that] their role in the community is to provide a space for healing and reflection and for justice,” Ruggles said.