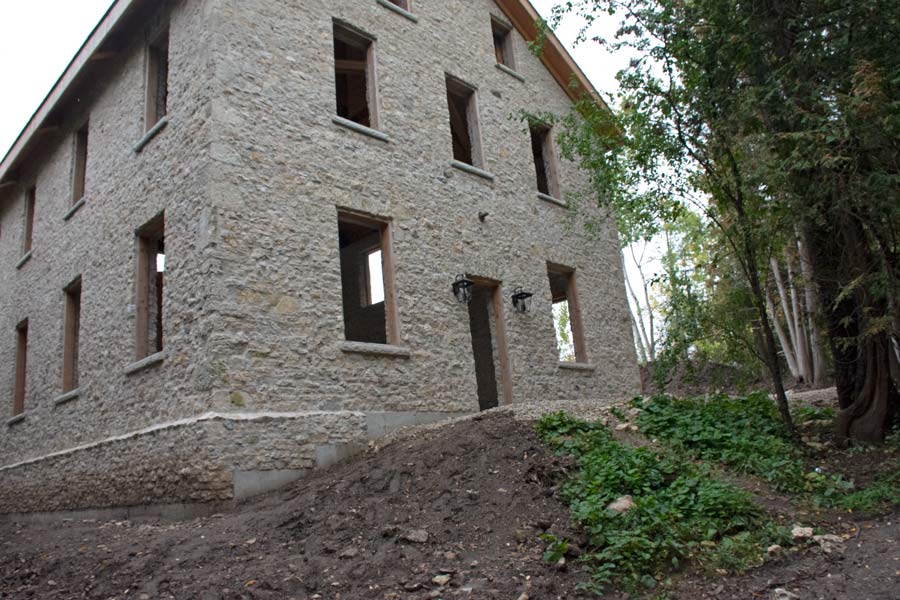 Restored – The Potter Foundry has been restored and relocated to allow for condominiums on the Elora South property. There’s a public open house this Sunday for locals to take a peek. Photo by Joanne Shuttleworth

ELORA – Anyone who has been following plans for Pearle Hospitality’s Elora South development will want to take advantage of an open house Aaron Ciancone is holding at the new site of the old Potter Foundry.

Three open houses are planned at the reconstructed heritage structure: the two on Oct. 16 are by invitation only for condo purchasers and dignitaries, but Oct. 17 will be a full-day open house for the public.

There will be some historical artifacts and archive photos of the site on display, artwork by local artist Simon Greaves, as well as a history of the building.

But the centrepiece will be the building itself – carefully disassembled, moved, and meticulously rebuilt by BEN Stoneworks in traditional structural masonry.

The stone walls are solid and structural once again and soar two stories high. Roof trusses were built the original way with old-school hardware.

The windows will remain open air but there are beautiful wooden doors with forged metal hinges and hardware. 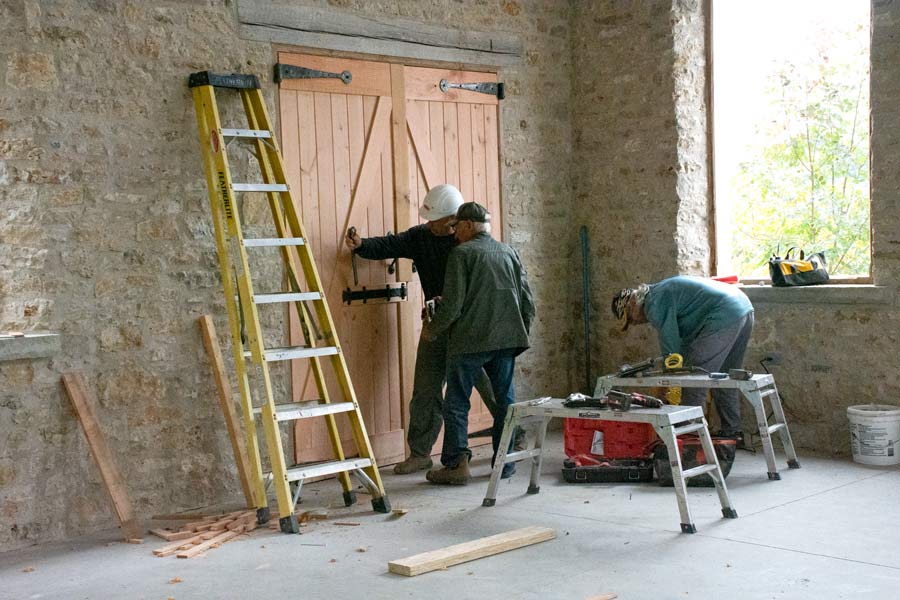 Workers put on the finishing touches at the foundry.

“We are celebrating its completion with the event, but it won’t yet be open to the public on an ongoing basis until the residences’ construction is completed,” said Sara MacIntyre, communications advisor for The Elora Mill, which is also owned by Ciancone.

The original Potter Foundry building was constructed in 1848 and was lost to fire and rebuilt in 1873.

There was lots of industry on the south side of the Grand River during this time in history. John Potter and James Mathewson leased some buildings and as blacksmiths, produced farming tools.

By 1870 it was known as The Elora Foundry and Agricultural Works.

In 1956, Mundell sold the building and, after several decades, the property was abandoned and the buildings – historic and otherwise – had fallen into disrepair.

Ciancone bought the old Elora Mill in 2010 and the property south of the river shortly thereafter. Restoration of the mill was recently completed, and work on Elora South has begun.

Ciancone has a vision that includes condos, retail, commercial and studio space as well as a river-walk pathway.

But key to his vision was moving and rebuilding the Potter Foundry remains so they will once again be a destination on the trail and a place for public and private use. 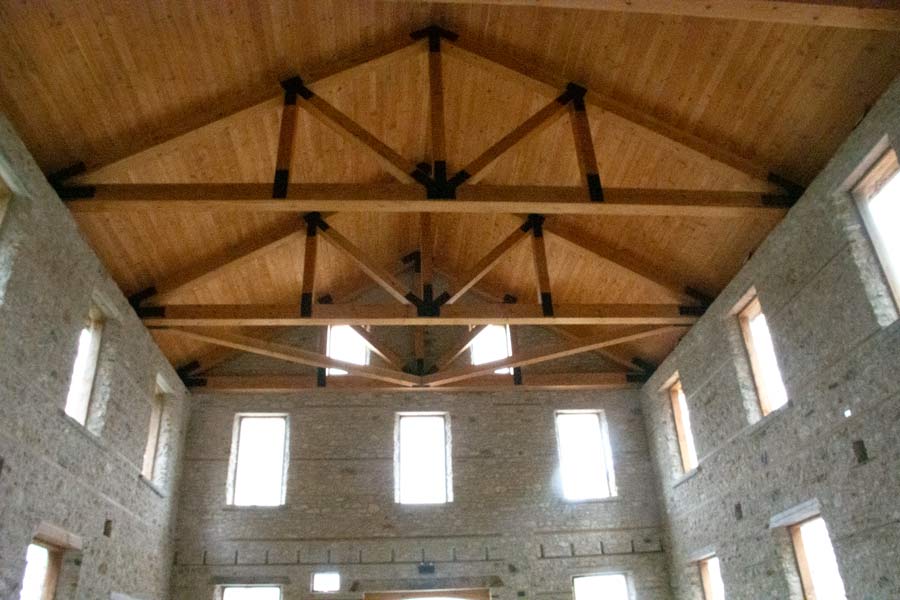 A new roof with old-school trusses are a stunning feature of the reconstructed Potter Foundry. Photo by Joanne Shuttleworth

“Structurally, the Potter Foundry ruin needed a complete rebuild, along with many other safety interventions for public access,” MacIntyre said.

“The Potter Foundry is now a safe heritage structure that will be open for the public to enjoy for years to come.”

Public access really can’t happen until the condo buildings are complete however, as it’s just too unsafe to have the public so close to a construction site.

Macintyre said the condos should be completed by 2023, a Riverwalk trail will also be built, and then the Potter Foundry will be accessible to the public once again.

“I know people are curious. I hope they’ll come out and have a look,” MacIntyre said.

“This is a milestone in the project, and we want the people of Elora to celebrate with us.”

The public open house is on Oct. 17 from 9am to 3pm. The Potter Foundry is located on the east side of Wellington Road 7, just south of the bridge that crosses the Grand River.