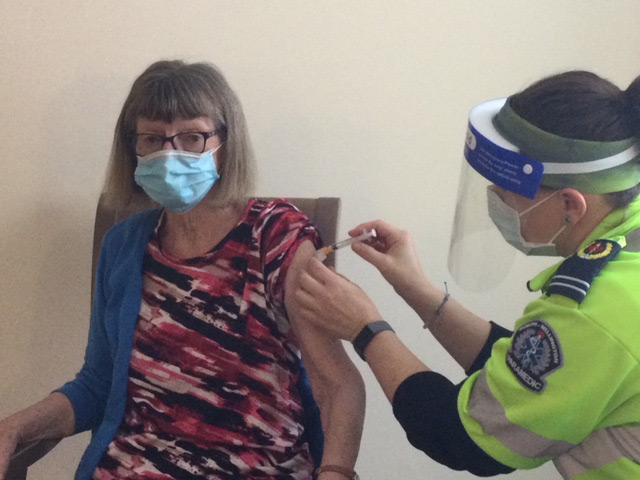 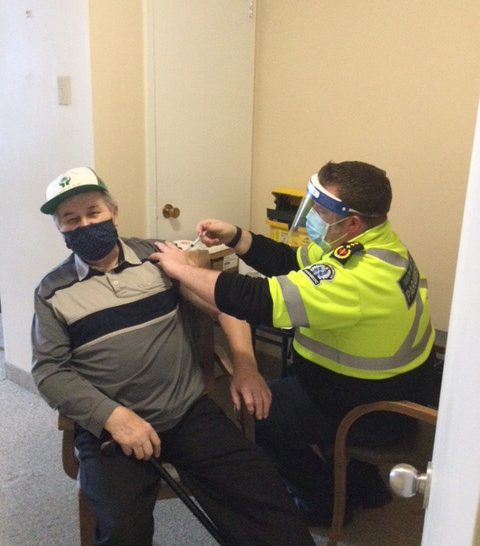 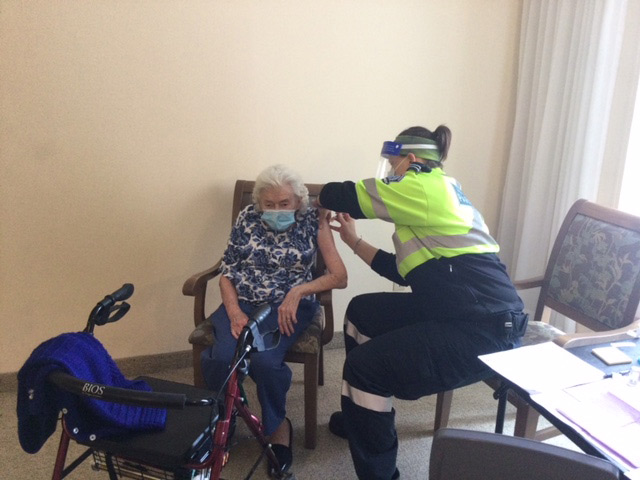 GUELPH – Wellington-Dufferin-Guelph Public Health (WDGPH) officials say all long-term care and retirement home residents in the region should be vaccinated by Jan. 27.

The news was relayed to the Advertiser late in the day on Jan. 19 by spokesperson Danny Williamson.

It is a positive development, considering last week public health announced its vaccination plans will be altered due to delays in the delivery of the Pfizer vaccine.

WDGPH cited supply chain issues and the company ramping up production as reasons for the delay.

As of the end of the day on Jan. 19, public health had administered 4,042 first-dose shots in total, which means it had 4,533 remaining on-hand.

Williamson explained the number could be slightly higher as some vials contain more vaccine than what is required for a single dose.

He  said vaccinations will continue over the next week at long-term care and retirement homes, with the goal of vaccinating all residents by the end of the day on Jan. 27.

Asked about vaccine misinformation as well as legitimate cases of severe reactions to the COVID-19 vaccine in the elderly/frail in other countries, Williamson said the decision to receive the vaccine should be made after consulting a physician.

“In the vast majority of cases, it’s much safer to get the vaccine than to risk getting COVID, regardless of age,” he said.

Late last week, Dr. Nicola Mercer, Chief Medical Officer of Health, announced there may be changes to the WDGPH vaccine plan due to delays in Pfizer shipments.

“It’s concerning news … We are still trying ascertain how much impact it will have on our local vaccine program,”  Mercer stated.

WDGPH, which administered the first Pfizer vaccine at its Guelph headquarters on Jan. 6, has the capacity to administer 500 shots per day with enough supply.

Both the Pfizer and Moderna vaccines require a second dose a few weeks after the first and public health did not hold back any Pfizer vaccines for the second round.

Because the Pfizer vaccine must be stored in special low-temperature freezers and is delicate to handle, WDGPH has been administering it at its Guelph headquarters to health care workers.

The Birmingham Retirement Community  in Mount Forest was expecting its residents to be vaccinated on Jan. 20.

Canada had already received 380,000 doses of the Pfizer vaccine by mid-January and was expecting another 400,000 this month and two million in February.

Federal procurement minister Anita Anand said the company expects it will be able to deliver four million doses by the end of March, but it cannot make a guarantee.