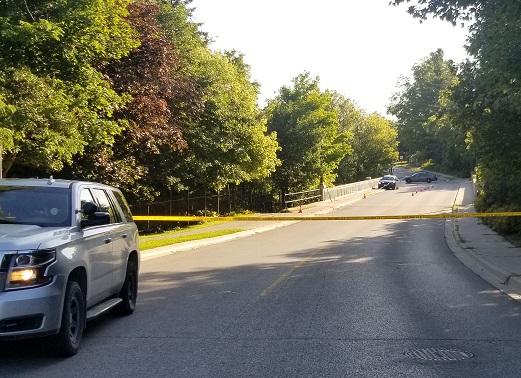 Police say the death of a local man in his 40s at the Elora Gorge on Aug. 29 is not considered suspicious. Submitted photo

ELORA – Police say the death of a man at the Elora Gorge on Thursday afternoon is not considered suspicious.

Emergency crews responded to a call for an injured person in the gorge below the David Street bridge at about 4pm on Aug. 29.

The injured male, whose name is being withheld by police, was pronounced dead at the scene.

On Aug. 30 police announced the investigation was complete.

“The deceased male, a local man in his 40s, died of multiple blunt force trauma. The death is not considered to be suspicious,” police stated.