PUSLINCH – Police are looking to identify a person accused of stealing fuel. 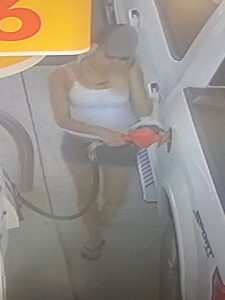 On July 11 at about 5:30pm Wellington County OPP were called about the theft at a gas station on Brock Road South near Highway 401.

Police say someone pumped over $100 worth of fuel into a white pickup truck and left without paying. The truck was last seen travelling south on Brock Road South.

The OPP is asking for help to identify the suspect from surveillance photos.

FERGUS – Police are looking for help to identify a suspect accused of stealing about $300 worth of merchandise from a store here.

On July 5 Wellington County OPP responded to a theft at a retail store on Tower Street South in Fergus. 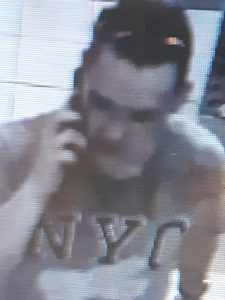 Police say a suspect was captured on a surveillance camera taking goods from the store.

The OPP is asking for help to identify the suspect.

GUELPH – A Guelph man was charged twice within minutes after first failing to slow down for an emergency vehicle and then peeling out after getting a ticket.

On June 29 at about 11am, a Wellington County OPP officer was monitoring traffic on the Hanlon Expressway in Guelph.

Police stated a multi-coloured sedan failed to slow down and proceed with caution around a stopped emergency vehicle with its emergency lights activated.

The sedan was stopped and the driver issued a ticket.

“As the officer was concluding the traffic stop, the driver of the sedan ‘punched’ the gas, causing the tires of the sedan to spin and loose traction with the ground, throwing gravel in the air and leaving tire ruts in the shoulder,” police stated in a press release.

The sedan was stopped again.

Navraj Singh Jassal, 25, of Guelph, received an additional charge of stunt driving and his driver’s licence and the vehicle were seized for a period of seven days

He is to appear in Guelph court on Sept. 4.