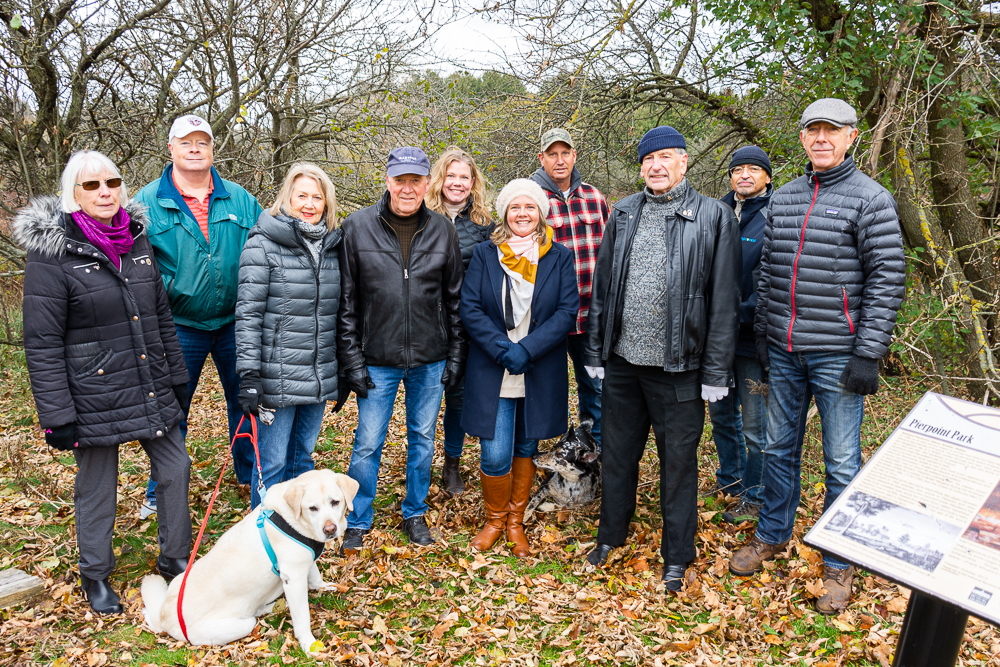 FERGUS – The Pierpoint neighbourhood group is now regrouping after its recent delegation before the county roads committee and honing in on a strategy to bring their cause before Centre Wellington council.

Melanie Lang, a member delegating for the group spoke before the county’s roads committee on Nov. 9, outlining why at least 75 Fergus residents are upset about the potential for a bridge to one day cross over the Grand River, linking Wellington Road 29 and Anderson Street, and possibly wiping out Pierpoint Park in the process.

Residents say the 10-acre park space—once owned by the former Black slave Richard Pierpoint who came to own the land, later donated to Centre Wellington with the condition it remain in its natural state—would be destroyed by construction and the Grand River would suffer detrimental environmental effects from the overhead truck traffic the bridge would cater to.

But where bridges end, roads begin, bringing additional issues into the mix of concerns voiced by residents. 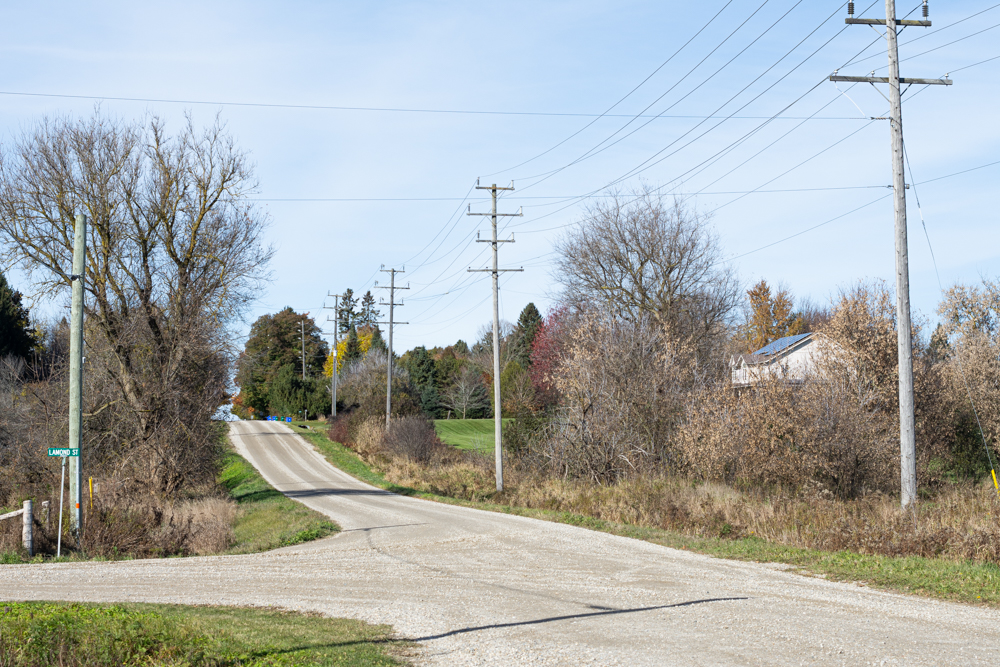 Katherine Granger has lived on Anderson Street for over two decades.

Taking a break from working the front-yard-turned-garden she’s built up, the master gardener said she’s concerned about a future of trucks rumbling past her bedroom window.

Granger has seen “massive changes” to the neighbourhood over the years but a bridge would go too far, she said, remarking, “It would destroy this entire community.”

Gesturing past where Anderson Street turns from asphalt to gravel and leads down to Pierpoint Park, Granger said, “People come and they park and they walk their dogs; everyone enjoys it, not just the people that live here.”

Indeed, just beyond the park’s entrance were Janet and Doug Boyce who drove in from Oakville to spend the weekend in Centre Wellington, booking a space at a local hotel. 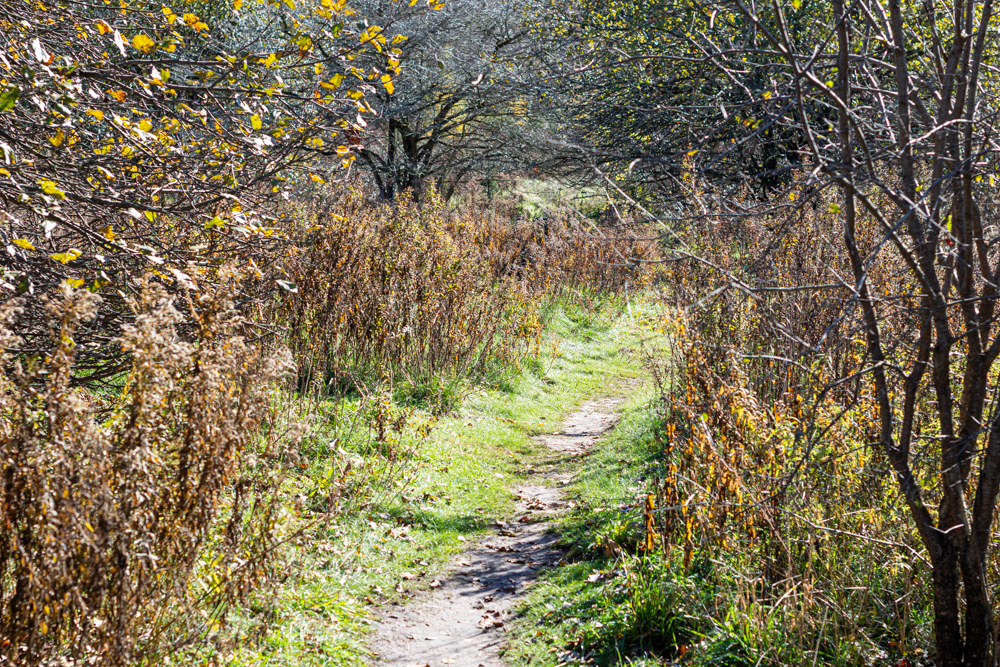 A trail near the entrance of Pierpoint Park in Fergus. Photo by Jordan Snobelen

“This area should stay 100% nature … it’s so lovely,” Janet said of the park. It was their first time exploring there.

“Where we are in the GTA you’ve already ruined so many farmlands, it’s nice to see coming north, open country,” Doug said of their reason for visiting.

Back at Grangers’, she wondered why her tax dollars would be spent on an additional bridge when another already exists to the east on nearby 2nd Line.

“There’s a huge, beautiful bridge right there on that next line,” she said. “Go use that one.”

Living at the corner of Anderson and St. Andrew Streets for over a decade, Wendy Levesque worries of losing a portion of her property to make room for an expanded Anderson Street. 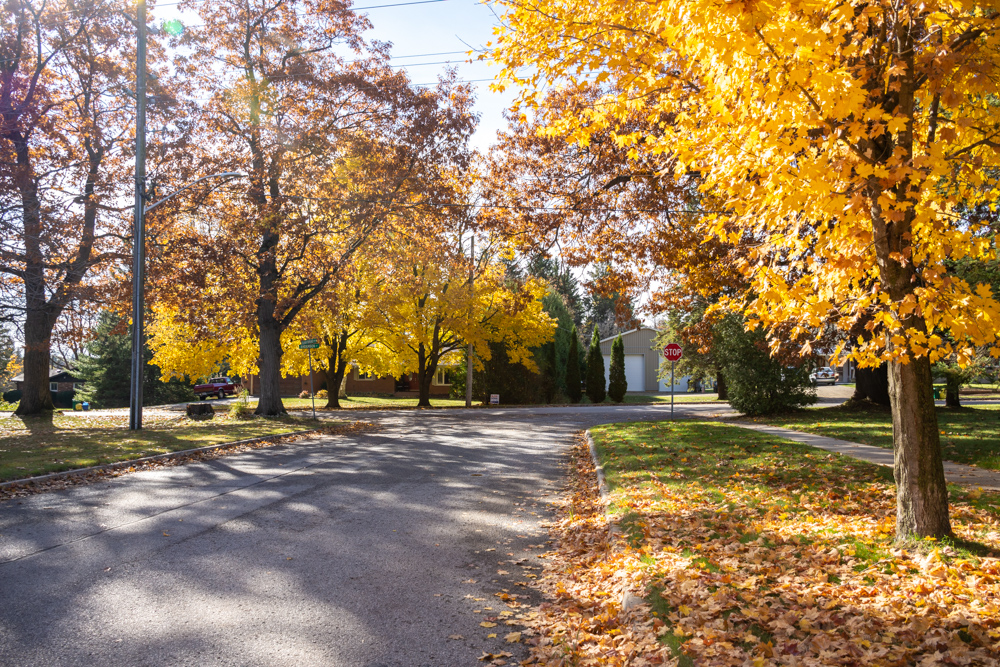 “When nobody knows about plans then consultation is really not adequate,” he said.

The group’s goal of informing the county of their objections has been achieved, according to Peter Boyer, the group’s de facto spokesperson.

“We put a yellow caution flag on this proposal at the moment,” he told the Advertiser.

At the Nov. 9 delegation, Lang bypassed a question from county Warden and Centre Wellington Mayor Kelly Linton, asking why residents hadn’t stepped forward with their concerns when the township was holding public consultations on the plan years ago.

Boyer said the dodge was deliberate, knowing Linton would bring it up as he had previously with a delegation of Alma citizens concerned with another truck bypass.

“We wanted to let our case stand in a positive way before the roads committee,” Boyer explained of the delegation’s focus at the county level.

“We missed it, what can we say? We should have come out … we should have tried to inform the township back in 2017 … I feel badly that I didn’t come out,” Boyer admitted.

“But I really wish that they had done their homework in the meantime,” he continued. 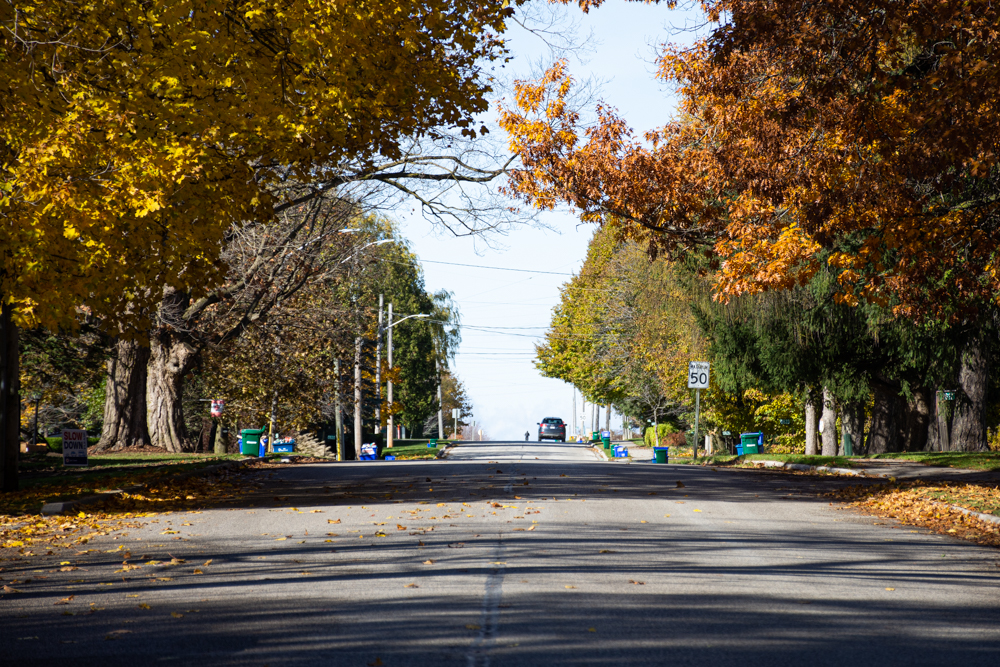 Ultimately, Boyer believes it isn’t the responsibility of the citizenry to inform councillors.

“The onus is on the planning proponent to inform themselves. The onus is not on me as a citizen to show up and tell them the history of Richard Pierpoint,” he said, adding “as residents we don’t do this for a living.”

“I wish we didn’t have to form a residents group to come in and tell and inform the council on why this is a bad idea,” he said. “They haven’t demonstrated very much insight.”

Now the onus, Boyer said, is on the township to remove the bridge from the transportation plan.

“If you don’t have the information or you have the information, but you’re not willing to apply it, then you’re gonna make mistakes like this, and it is an error, it is a mistake,” he said. “Our next step is [to] go back to the township and ask them to recognize the error and reconcile the conflicts they’ve created.”

Gathered at the Pierpoint Park entrance on a recent brisk Saturday morning, several neighbourhood residents were asked about specific next steps they would take.

Not missing a beat, Lamond Street resident Bob Grant spoke up quickly ensuring the question didn’t get an on-record response.

Grant, who along with his wife Lynda, gifted the park land to the township in 2010, explained it was still early days and the group wanted time to align at a later meeting this month. 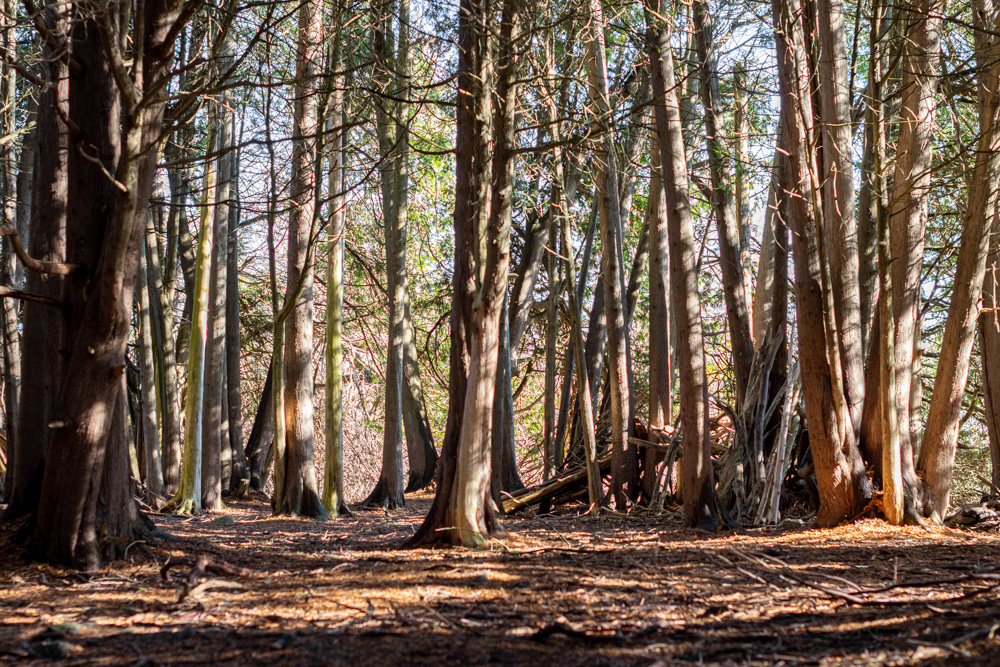 In an earlier conversation with the Advertiser, Boyer said the group would need to “rise to the challenge” of gaining township councillor support from what he called a “fractious lot.”

“We gotta play catch-up and going back to council isn’t going to be easy,” he remarked.

Boyer also fears the issue being pushed off for a future council to deal with. Something that would leave the group having to thumb through the back pages of the Wellington Advertiser for years to come, he said, to ensure the next public meeting wasn’t missed.

“I would think we’d like a motion right on the floor that night when we present.”

Centre Wellington municipal clerk Kerri O’Kane confirmed the township had received a request to delegate but was waiting to hear back from the group on when.

According to Boyer, the group won’t be going before council until the new year.