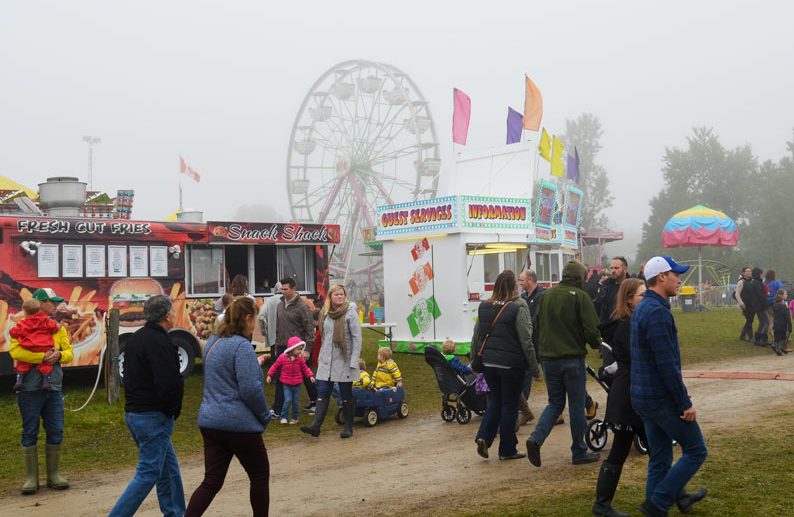 After cancelling last year's event due to the COVID-19 pandemic, organizers are excited to welcome back the community as they announce the return of the annual Erin Fall Fair on Thanksgiving weekend this year. Advertiser file photo

ERIN – Organizers are excited to welcome back the community as they announce the return of the annual Erin Fall Fair on Thanksgiving weekend this year.

“We’re hopeful and we’re excited to be able to offer something just to be able to have our sense of community come together,” said Brenda Lothmann, president of the Erin Agricultural Society.

With Ontario moving into step three of its reopening plan and restrictions easing, Lothmann said the society felt confident it could host the annual event in person this year.

“To get our sense of community back we’d like to be able to offer as much as we can at the fair at the time that the government and health regulations will allow at Thanksgiving,” she explained.

Lothmann said the society has been talking about the possibility of hosting an in-person event since the cancellation of last year’s event, adding it wasn’t a decision they took lightly.

“We have to jump through all sorts of hoops, as everybody else will do, but several other fairs are also going to open up,” she said.

“So, we’d like to be able to go to some of those other ones, spend some time speaking with them to see how they’re doing things and sharing our knowledge between all of the fairs.”

She explained the fair will be on a smaller scale this year, with a scaled down midway in order to adhere to protocols and social distancing.

But livestock shows are mostly all a go, since they’re mostly outdoors. Track events, including the demolition derby, are also planned at this time, she added.

“It will be different but we’re still trying to offer something to the community to come together on Thanksgiving,” she explained.

“It’s a sense of community that can come together while still staying apart.”

Lothmann said the society is working on using an online ticking purchasing system through Ticketscene for electronic tickets at the gate to monitor numbers, reduce cash handling and allow for a smoother entry.

She added the society doesn’t know what the numbers for volunteers will look like at this time, which will be a determining factor in how many people they can host.

“(We’re) trying to scale back so we can handle what we can. We can’t say how many people are going to be allowed on the grounds or anything because we don’t know,” she explained.

Lothmann noted the society did have a density study done to determine the capacity allowance in certain areas so it could be well prepared for capacity limitations if necessary.

“With floating regulations right now, we don’t know what we’ll be able to do, but we’re hoping to be able to do something,” she added.

Lothmann, who has been a member of the society for over 20 years, said when it comes to planning the fair each year, organizers put a lot of work in and are usually exhausted by the time the fair comes around.

“But then to see the joy and happiness on people’s faces … for me that’s the moment where I go ‘yeah, that’s why we do this,’” she explained.

Lothmann said she’s hopeful and excited about having the opportunity to host the event in person again.

“Agriculture’s important and a lot of people live on a farm ourselves and people are wanting to know more where their foods coming from and trying to, I think, relate a bit more back to where things are coming from, so to be able to let the public in on that sort of stuff is special to me.”

Lothmann added she’s most excited just to see the event come together in whatever capacity it can with regulations at that time.

“We don’t know how things are going to look in October, but our idea is to plan out the schedule as best we can with what we know right now,” she said.

“We’re just trying to work with the information that we have at the time and kind of go from there.”