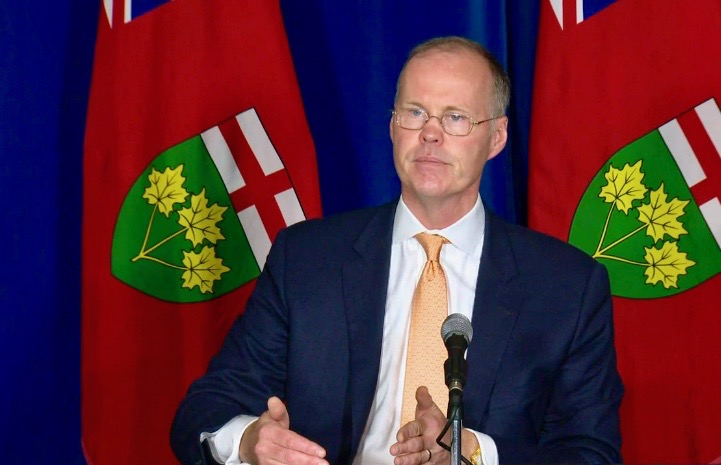 Dr. Adalsteinn Brown, dean of the public health school at the University of Toronto, and co-chair of the Ontario COVID-19 Science Advisory Table. (Advertiser file photo)

TORONTO – Provincial health experts say projections indicate Ontario may have avoided the worst-case scenario for the second wave of the COVID-19 pandemic.

That said, case numbers are not expected to decline, as health officials expect anywhere from 800 to 1,200 new cases per days for most of November.

“What I think is important here though, is that although cases are continuing to grow, that our growth has slowed and we’re starting to see a more gentle curve there,” said Dr. Adalsteinn Brown, co-chair of the Ontario COVID-19 Science Advisory Table.

In modelling data released by the province on Oct. 29, three different scenarios were presented for Ontario’s second wave

The worst-case scenario could see the seven-day average rise to 1,000 to 1,200 cases a day for most of November.

The best-case scenario would see about 800 new cases per day.

Slower growth in hospitalizations, ICU use

A positive note was that the province’s modelling shows slower or softened growth in the rate of hospitalization and intensive care unit (ICU) use.

When the province presented its modelling at the end of September, the hospitalization growth rate was up 249 per cent from the previous modelling.

Brown stated the increase has dropped to 56 per cent over the last three weeks.

“It’s still growing, but it’s a slower growth,” he said. “It’s still a cause for concern.”

Brown also said the new modelling suggests ICU use will only exceed the 150-bed threshold under the worst-case scenario.

“This is the threshold at which we start to limit access to surgery,” said Brown.

“But in two of the three scenarios we stay below that limit.”

Positivity rate up in major centres

The positivity rate of COVID-19 tests has gone up overall in the province.

While hotspot areas like Peel and Toronto have positivity rates of 6.5 and 4.8 per cent respectively, most of the health units across the province – including Wellington-Dufferin-Guelph – have rates around one per cent. 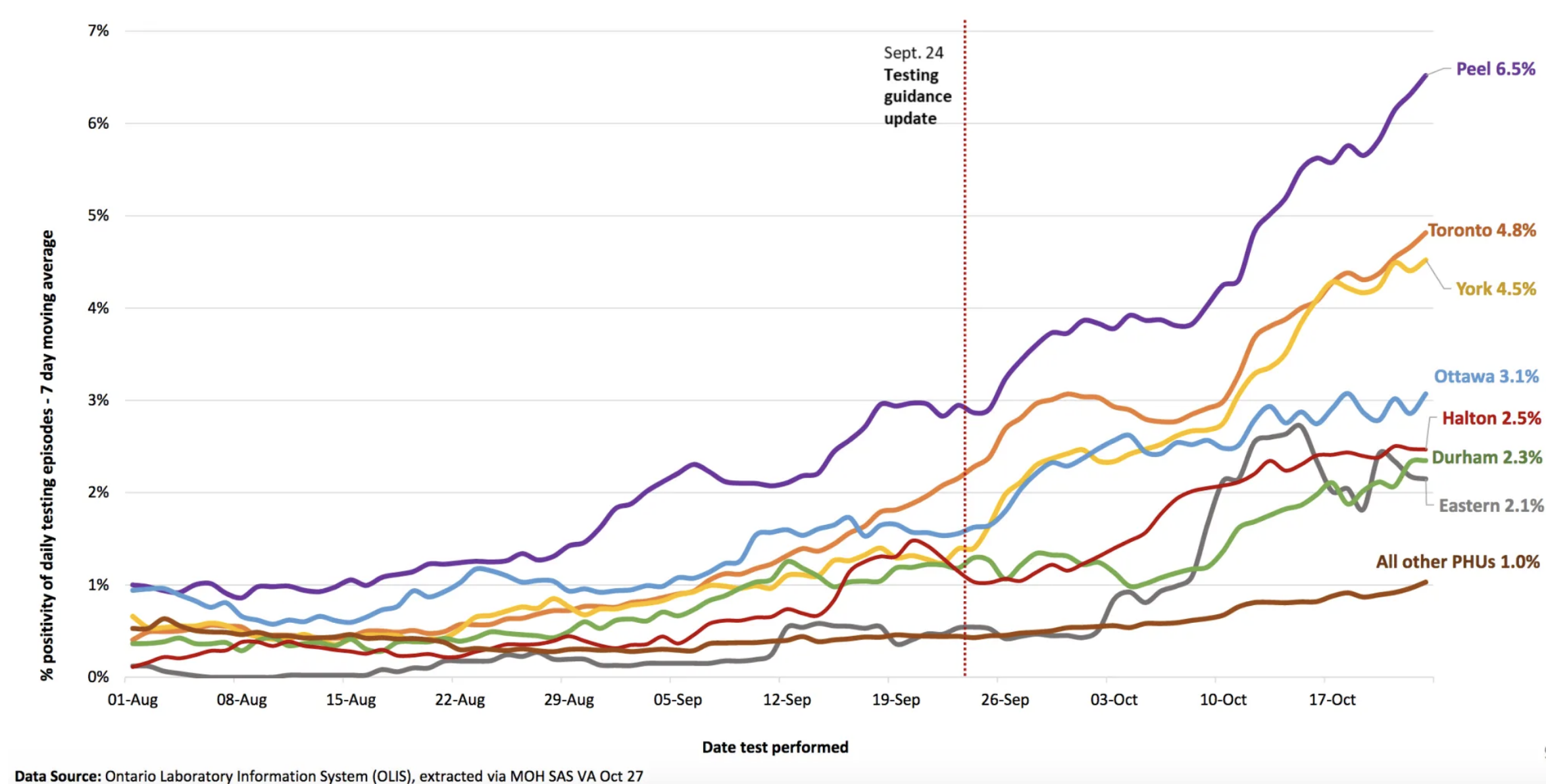 There is substantial variation in per cent positivity by public health unit.

The average age of those who test positive for the virus has moved up as well.

Brown said the average age in Ontario is now 40, which he called a “warning signal.”

“[It] may reflect the effect of some of the interventions, but also creates a bit of a warning signal because it is the older age population where we see the biggest health and health system consequences,” he said.

Twenty-seven deaths due to COVID-19 were reported in the past week at long-term care homes. That number was 25 from Aug. 15 to Oct. 9.

“This is one of the places where we have the greatest vulnerability to infection and the greatest consequences of infection, as we saw in the first wave,” said Brown.

Brown stated that when it comes to any possible restrictions, a regional approach will continue to be utilized.