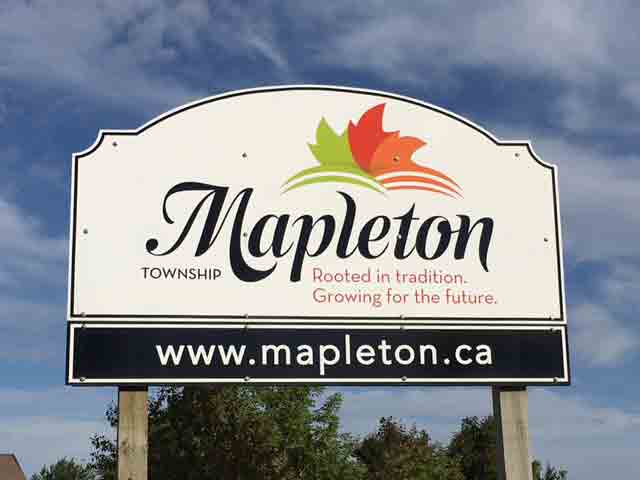 The Ontario Federation of Agriculture’s Cost of Community Services Study for Mapleton is wrapping up this month. (Advertiser file photo)

MAPLETON – The Ontario Federation of Agriculture’s (OFA) Cost of Community Services Study for Mapleton is wrapping up this month.

Following a pitch from OFA senior farm policy analyst Ben Lefort this past summer, council approved the township’s participation in the study, which endeavours to provide a “snapshot” of demand for municipal services by property type in 2019.

Taking a page from the playbook of the American Farmland Trust, which developed cost-of-service studies in the 1980s, the Mapleton study will be the federation’s third since 2014.

The dollar-for-dollar comparison of taxes paid versus services received by property may help determine what services are best covered from property tax and what services could be uploaded to the province, Lefort said.

The rationale, in a general sense, is: if a farmer is contributing tax dollars for services not used, those dollars would be better spent to cover gaps in areas farmers do use – like infrastructure, which Ontario municipalities are struggling to maintain – or for the province to bridge the gaps with more funding.

In 151 studies on the cost of community services in the United States as of 2016, typically farm and business properties are found to contribute more to the local tax base than the value of the services consumed by those properties, whereas residential areas consume more services than they pay for.

“In nearly every community studied, farmland has generated a fiscal surplus to help offset the shortfall created by residential demand for public services,” a U.S. Farmland Information Centre publication states.

Mapleton finance director John Morrison and CAO Manny Baron have provided Lefort with a detailed breakdown of township statistics like assets, financial returns, the amount of different properties and distribution of services like wastewater and fire calls.

The federation’s study then breaks down the municipality’s revenue and expenditures, Lefort said, and allocates it to land uses to figure out what fiscal contributions are made to the municipal budget from each land category and to see where provincial policy or funding can be adjusted to directly benefit rural farming communities.

More provincial tax dollars to go around could translate into further easing property taxes for farmers not using services or having the cash to immediately address inadequacies in services farmers do use, like bridges.

Lefort said having property taxes as a municipality’s sole funding tool is a “really limited box” and unless the province wants to open the box, “the province has an obligation to step up with funding.”

“Part of the problem is the decaying state of a lot of infrastructure and the amount of dollars needed to bring it all up to speed … there’s a great need for a lot more money to do that and there’s not enough wiggle room to raise taxes to the level that they would need to to fund all these repairs to roads and bridges through the tax base alone,” Lefort said.

Wellington Federation of Agriculture (WFA) president Janet Harrop previously told the Advertiser the federation has been lobbying the province for at least five years to recognize the economic benefit of farmland and to have a formula for the Ontario Municipal Partnership Fund (OMPF) favouring agricultural municipalities with less of a concentrated, urban tax pool to pull from to cover services and capital.

While steps have been taken by the province to more equitably distribute dollars to municipalities consisting largely of farmland – Mapleton received $25,200 more in 2021 OMPF dollars than it did in 2019, the year the federation’s study examines – Harrop and Lefort say the dollars aren’t enough once adjusted for the devaluation of currency.

“We need about $350 million more per year going into that program to provide the same level of service it did in 2005,” Lefort remarked.

Evaluation of the Mapleton data is expected to be completed by the end of the year, with a presentation from Lefort to the WFA and Mapleton council early next year.