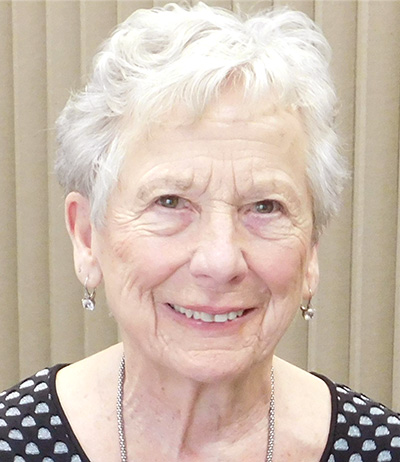 On a spring morning, at her home of almost 70 years at Simpson Corners (Belwood) Betty, in her 94th year, chose to leave this world for one free of pain and limitations. She was surrounded by the love of her family who will have so many memories of her love for them. Wife, dance partner and farm helper of Russel (2020) for over 71 years, much loved and appreciated mother of Larry (2011), Bill and Jack, and second mom to Sally, Rosemary and BJ. She was the loving, interested and involved Gramma Betty and GG to Matt and Haley (Phillips) Woods (children Aspen, Reagan and Kaisley), Adam and Julie Woods (Leah), Ryan and Lauren Woods (Laughlin, Bryden and Lennon), Robyn and Chris Wilkinson (Brooklyn and Ella), Kyly and Roger Miller (Leighton and Garrett), Tristan Woods and partner Kayla Clemens, Kelly Woods, and Abby Woods and partner Kyle McKinnon. Betty Ruth Woods (and she always wondered why she hadn’t been named Margaret Elizabeth) was born to Margaret (McEachern) and John Hurd in Orton, Ontario. She loved being an only child for five years. Her sister Joan (Spencer) joined the family and her brother Paul followed. She attended public school there and at age 15 moved to Fergus to board with family friends while she attended Fergus High School. After graduation she moved to Toronto and stayed with a favourite aunt and uncle while working for a downtown shipping company. On one of her many weekends home she met a dashing young airman at one of the Friday night dances in Erin and they soon became a couple. Before the relationship could advance she had to teach him how to dance properly – which she did. They were married April 16, 1949 and lived behind Betty’s grandmother’s house on Union Street in Fergus until they bought the rundown farm on the northwest corner of Simpson Corners. With two young sons, they moved into the old stone farmhouse. It had an outhouse, no hot water and not much else. To see it today one has to appreciate the dedication Betty had to transform it into the home of which she was extremely proud. In the beginning the farm had an assortment of livestock and Betty helped with the chores. She did not appreciate the daily interaction with the rooster when gathering eggs. A few years later another son was added to the family. Woods Farms expanded and focused on beef and broiler chicken production. Attending weekly dances in Erin, Elora or Paradise Gardens in Guelph was the activity of choice. Betty and Russel became involved with the Fergus Curling club where they made many lifelong friends. They took up golf and added more friends to their circle. Betty joined the Royal Alex theatre in Toronto in her forties and did not stop attending until in her late eighties. The Drayton theatre was also a favourite. She exercised daily including long, vigorous walks out the back lane, sometime more than once. She loved dancing – every time she could – and shopping for good clothes. Redecorating was a passion. Euchre and bridge became preferred activities in the past few years. Betty loved a goodrumandwaterwithalittlebitofpepsi. There were many trips with friends and family, including a round the world adventure. Betty will be remembered by her family as always having time to spend with her grand and great grandchildren, her butter tarts, her lemon meringue and cherry pies, icicle pickles and western beans. She will be missed immensely. Thanks to the many family and friends, especially forever friend and brother-in-law Murray Woods, who have brightened Betty’s days during this time of isolation, especially since Russel died. Special thanks to Dr. John Stickney who has been there for Betty and the family for the past many decades and especially the past month. Appreciation is also extended to Dr. Lund for his compassion, and to Bayshore nurses for their assistance. Cremation has taken place with arrangements by Wall Custance Funeral Home and Chapel, Guelph. Family members will gather at a future date to honor Betty. Donations, if desired, may be made to Groves Memorial Community Hospital, 131 Frederick Campbell Street, Fergus, N1M 0H3 or the Canadian Cancer Society. Details available on the Wall-Custance Funeral Home & Chapel website.