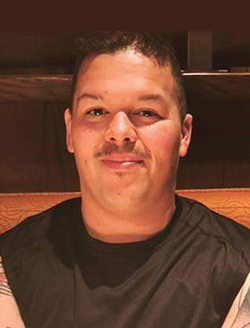 Ryan Leslie Watson of Grande Prairie, AB was tragically taken away from us on Sunday, June 14, 2020 at the age of 36 years. Ryan was born on May 8, 1984 in Calgary, AB, the second of Christy and Thomas Watson’s three children. Ryan spent the greater part of his childhood and adolescent years in Calgary before moving to Slave Lake in 2000 and then the Grimshaw area from 2001-2004. Ryan settled in Grande Prairie where he was raising his young family. Ryan loved adventure and was always up for a road trip in his big red truck. He had many hobbies, from hunting and target shooting, to getting down and dirty with his side-by-side. Most recently Ryan could be found driving his yellow mustang around GP, burning some rubber to make a kid’s birthday parade just a bit more special. Ryan was a straight up guy who was a prankster at heart. He was kind and loving and was always there when you needed him. Ryan was also a hopeless romantic and the biggest sweetheart. He was that cliché guy who would “give you the shirt off his back”. He went out of his way to do nice things for other people, if it was fixing a friend of a friend’s kids quad or showing his sister how to change the oil in her car. Ryan will be sadly missed by his loving wife Andrea Rodriguez, and his children: Aiden Rodriguez (17), Ebony Dagg (16), Kolby Watson (13), Savanna Watson (11) and Callie Watson (1). He also leaves behind his parents Christy Watson (McClure) and Thomas Watson; grandparents Mel Rydall and Alonzo McClure; siblings: Adam McClure and Brittany Watson; niece Aubrey; nephews: Dominik, Draycen, Douglas, Hudson and Hunter; as well as countless friends and family members. Ryan was predeceased by his grandparents Lorne and Barb Treguanna. There was a celebration of life on Friday, June 26, 2020 at 1:00pm, at Oliver’s Funeral Home in Grande Prairie (10005 107 Ave.). Memorial donations may be made to the family of Ryan Watson via email transfer to Ladyjanewatson@gmail.com. Condolences may be sent by visiting www.oliversfuneralhome.com