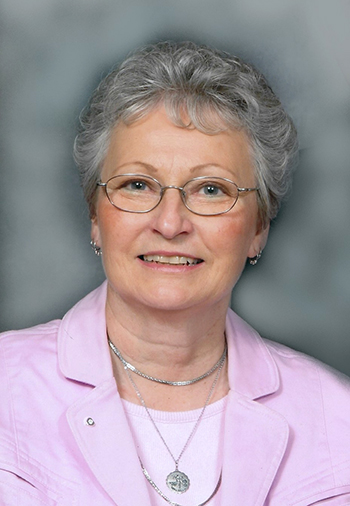 of Palmerston passed away peacefully at the Palmerston and District Hospital on Thursday, July 23, 2020 at the age of 74 Beloved wife of Robert Wallace for 57 years. Remembered by her children Terry Kew of London and Rob (Tammy) Wallace of Fergus. Grandmother of Allix, Jayme, Trey, Jorja and Jesse. Sister of Janice Bird (Syl) of London and Bryan Colbran (Betty Anne) of Princeton. Fondly remembered by her nieces, nephews and many friends. Predeceased by her parents Glen (2018) and Shirley Wallace (Walker) (2019) To honour Jeans wishes cremation has taken place. A Celebration of Jean’s Life will take place at a later date and will be announced at that time. Arrangements entrusted to the Heritage Funeral Home, Palmerston. As expressions of sympathy donations to the Mount Forest Cancer Clinic, Palmerston Hospital Foundation or the Palmerston United Church would be appreciated by the family.