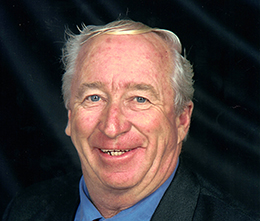 Of Drayton passed away in the comfort of his home surrounded by his family, on Wednesday, September 14, 2022 at the age of 79. Beloved husband of Connie (Hill) Walker for 56 years. Dear father of Travis and Amanda Walker of Drayton. Brother of Patricia McLean Ewart of Waterloo. Brother-in-law of Joyce and Don Beirnes of Listowel. Uncle of Tammy and Ron Billings, April and Steve McCallum, Paul Ewart and Jannine Coburn, Mark Ewart and Leanne Predote. Fondly remembered by his great nieces, great nephews and friends. Tom was on the Drayton Fire Department for 40 years and served as Fire Chief for the Drayton-Peel and Mapleton Fire Departments for 14 years. He was a Road Foreman for Wellington County Roads for 33 years. Tom had a love for all local sports as well as attending ISC Fastball Tournaments all over the province and was a season ticket holder for the Kitchener Rangers. He was one of the founding members of the Tait Hunt Camp in Parry Sound. Tom has been reunited with his special four legged companions Daisy, Timber and Max. Predeceased by his parents Austin and Norma (Groshaw) Walker and father-in-law and mother-in-law Ken and Florence (Fletcher) Hill. The family received friends at the Heritage Funeral Home, Drayton on Sunday, September 18, 2022 from 6:00 to 8:00pm and on Monday, September 19, 2022  from 2:00 to 4:00pm and 7:00 to 9:00pm. A Funeral Service of Remembrance was held in the Drayton United Church on Tuesday, September 20, 2022 at 11:00am followed by interment in Drayton Cemetery. As expressions of sympathy donations to Camp Bucko and the Grand River Cancer Centre would be appreciated by the family.