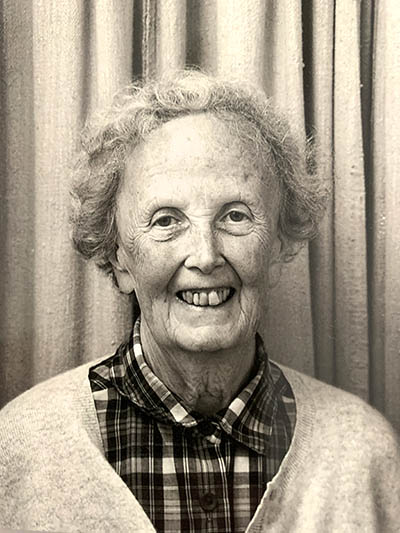 1934 – 2020 It is with great sadness that we announce the passing of Maria Elisabeth (Micke) von Massow (née von Zabeltitz) on Sunday March 8, 2020, at Groves Memorial Community Hospital in Fergus. She was predeceased by her brother Hans Maths von Zabeltitz and sister-in-law Ulrike von Zabeltitz. Survived by her husband Rudiger Eberhart von Massow, son Michael (Sheryl Howe) and daughter Anna Caroline Ziegler (Greg), and brother Dr. Christian von Zabeltitz, sister-in-law Ursula and lovingly remembered by grandsons Marcus and Zachary von Massow. Micke was born in Eichow, Germany in September of 1934. She trained as an occupational therapist and seamstress in Germany. She met Rudi in 1961 when he had come home from Canada for a holiday. They were married in February of 1962 and moved to Canada. They lived first in Lac Saint Jean Quebec where Michael was born but moved quickly to Kingston Ontario where Caroline was born. In 1970 they moved to Pinawa Manitoba. In their later years they moved to Fergus, Ontario where they spent eight happy years. Micke loved to spin, knit and sew. She was a passionate gardener and nurtured flowers in her apartment and on the balcony until the end. While the garden disappeared in Fergus, the preserving did not and she was making jam until three days before going into the hospital. Canasta and Mah Jong at the Senior Centre and with friends brought her great joy. Family was everything and she loved nothing more than playing cards or a board game with her children and grandchildren. A memorial reception will be held at The Graham Giddy Funeral Home, 280 St. David Street South in Fergus on Friday March 13th from 5:00 – 8:00pm in The Wellington room. In lieu of flowers, donations of remembrance can be directed towards The Groves Memorial Hospital Foundation.