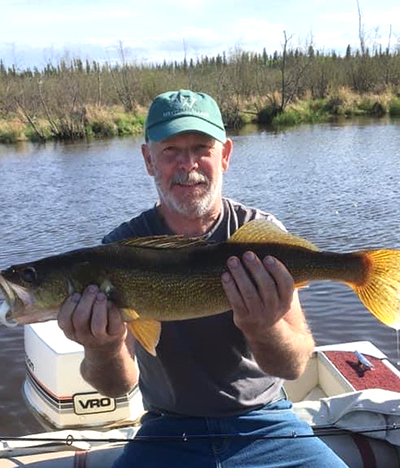 It is with great sadness that the family of Kerry John Veld announce his passing after a courageous fight against COVID-19. Kerry was born November 23rd, 1958 in Ontario and was raised by his loving parents, Bernie & Hannah Veld. Kerry was the third child of seven. He met his best friend and the love of his life, Joanne (nee Lalonde) in 1988. Together, the two of them blended their families with love and a deep faith in God when they married in 1995. Anyone who knows Kerry will tell you he was generous, hard-working, determined, loving, and helped every person he could. He always had someone’s vehicle in his shop that he was fixing or was at someone’s house helping them with something. He showed his love of God, family, and friends by his presence and his ability to give everything he could through his knowledge, time, and selflessness. He will be cherished in the hearts of hundreds for his acts of kindness. The loss of Kerry has left a hole in this world that will not be replaced. Left to mourn Kerry is his wife Joanne who was his sidekick, other half, and the one he held in highest regard. His children are heartbroken and will be missing such an important part of their lives: Michelle Pavloff (nee Stangler) and her husband Greg; Jason Stangler and his wife Heather; Tashiana Johnson (nee Veld) and her husband Jordan; Amy Lee Saunders (nee Veld) and her husband Jerry. Kerry had nine grandchildren who thought the world of their Papa Kerry: Wyatt, Linden & Sadie Pavloff; Hudson & Harper Stangler; Charlotte & Beau Johnson; Xander & Cayde Saunders. Kerry was predeceased by his father Bernie (2016); his mother Trijnitje Veld (nee Linde (1964); his brother Benny (2016). He is survived by his siblings Albert (Cheryl) Veld, Trudy (Wilf) Stroetinga, Joann (Kevin) Walker, Bruce Veld (Heather), and Anita (Collin) Diefenbacher. Kerry will also be missed by his many nieces and nephews. Kerry was an active member of the Saskatoon Bethel Christian Reformed Church. His church family was so important and he would want them all to know how much they meant to him. The family of Kerry would like to extend sincerest gratitude to the nurses, respiratory therapists, physicians, and staff in the Saskatoon RUH ICU. We were so impressed with the level of care, knowledge, compassion, and bravery by which you cared for our Kerry every day he was with you. We will never forget the support you gave our family during this devastating time. In lieu of flowers, donations can be sent to Kerry’s favourite charity, the MS Society of Canada. A private family only Memorial Service will take place. To watch a copy of the service please go to Kerry’s obituary at www.dalmenyfuneralhome.ca after 5:00pm on Thursday, April 22, 2021. Arrangements entrusted to Katrina Funk at Dalmeny Funeral Home.