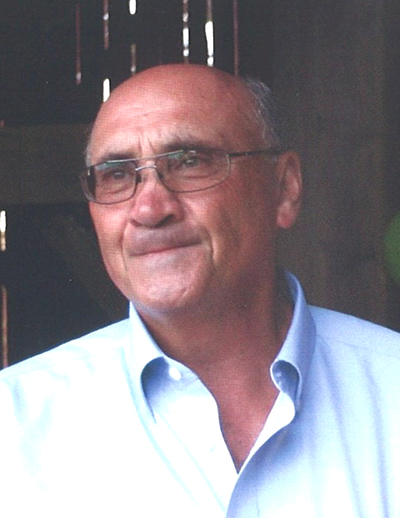 It is with profound sadness that the family of Simon David Smith of Kimberley announce his passing on Nov. 18, 2021 in his 77th year. He passed peacefully at home in the loving arms of his wife, Patty , as was his wish. He was the proud & loving father, mentor & head cheerleader of Stan (Chris) Smith of Milton & Julie (Maurice) St. Jules of Guelph. Lovingly known as “Papa” to his grandchildren, Megan (Ryan), Kenzie (Ben) & Justin (Lexi). Also remembered by his sister, Pippa (Paul) Winters. Simon’s family immigrated to Canada from England when he was 7 years of age on the Queen Elizabeth. They settled in the Ottawa area and at the age of 14 his father passed, which then led Simon to leave school and became a well driller to support his family. He continued his career becoming an accomplished well driller. He was the first to adapt a drill rig for caissons in the construction business to support renowned buildings like the C.N. Tower, Eaton Centre & other established Bay Street Towers. He personally drilled multiple town wells in Ontario such as for Caledon East, Tottenham, Webbwood to name a few. Simon also travelled to the far north to work on well systems for the reservations. Simon worked for the M.O.E. investigating contaminated wells, did problem-solving and on occasion served as an expert witness. The O.F.A. was another organization he worked “pro bono” for to assist in providing information to farmers with their water concerns. Simon played an integral role in writing the Well Driller’s curriculum for Sir Sanford Fleming College to promote others to pursue a career in the field. He was proud to be one of only 3 well contractors in all of Ontario to hold all five classifications of drilling licences with the second being his son Stan. He took it upon himself along with Hydro Geologist, Dr. Mary Jane Conboy to write and publish two books to assist the public to become “well-wise”, this included a book to teach elementary students the same. Simon’s career started with Johnson Drilling out of Ottawa and then led him to start his own company, S.D. Smith Drilling Co. Ltd. Over time he then developed Smith Water Systems, first in Erin, which is run by his daughter Julie, along with her husband & pump technician Maurice and irreplaceable friend, Jason. In 2005 Patty & Simon’s fates brought them together (over a drilled well, of course). They made a wish & became husband & wife in 2009, married on their beloved Erin farm. In 2013, they re-located to Kimberley to pursue their dream to retire & farm & raise low-lying cattle, only to end up purchasing McCann Water Systems and a new chapter began. A second location for Smith Water Systems was formed. Simon had the privilege of meeting and working with Bob Manzer who fortunately agreed to stay on and become part of a team, which in turn became just like family. Simon’s mottos were “Do it once,& do it right” as well as “We have no bosses, we all have different jobs”. He was one to encourage his technicians to develop autonomy and to lean on & teach each other. “Mother Nature’s Disciple” or the “Grandfather of the Water Industry” were terms that aptly describe what made Simon tick. He wasn’t all work; he pursued, when time allowed, other passions such as farming, wood turning, snow-mobiling, biking, boating, camping & most recently playing bass guitar. Patty wishes they had more time to share doing these activities (well maybe not the guitar playing). She cherishes the strong love they shared & deeply feels the void of continuing life without Simon by her side. Simon, foremost, was a family man. His friends and family meant everything to him & was overwhelmed with gratitude to have them in his life. He always strived to be as equally valued by them. A Celebration of Life will be held on Tuesday, December 28, 2021 at Fawcett Funeral Cremation Reception (1 Highland Drive, Flesherton) at 1:00pm followed by a reception. RSVP required. In lieu of flowers, donations to the Flesherton Food Bank (administered by Gentle Shepherd Community Church) or Special Olympics Owen Sound would be greatly appreciated. Online condolences, tributes and RSVP service available at www.fawcettfuneralhome.ca