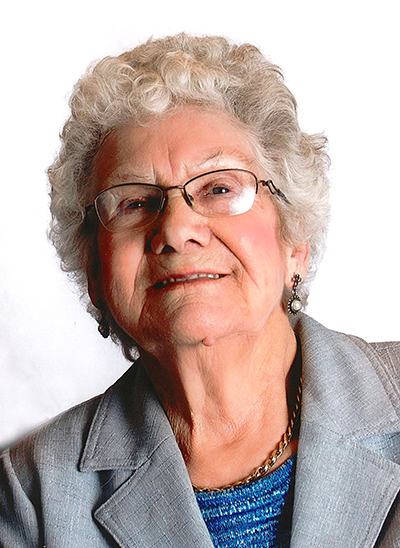 It is with great sadness that we announce the passing of Isabel Smith on Family Day, February 15, 2021 at the Guelph General Hospital. Isabel was in her 90th year. Isabel will finally join her beloved husband, Howard Smith, who passed in 2006. She was an amazing and loving mother to her four daughters and their spouses, Jean Root (the late Don), Shirley Dunkerly (Neil Madden), Peggy Hasson (Tom) and Kathy Milne (Paul). A truly treasured grandmother to six grandchildren, Chad and Wayne Root, Jason Hasson, Emily Owen (nee Hasson), Stephanie Kerr (nee Milne) and Justin Milne. Proud and loving great grandmother to twelve great grandchildren, Hailey and Addison Root, Easton and Cullen Root, Nathan and Joel Hasson, Chelsea and James Owen, Elam and Merritt Kerr, Myah and Harper Milne. Isabel was a loved and cherished sister to Dorothy Buckland, Donald McKenzie, Evelyn Oates and sister-in-law to Joan Gordon. She was predeceased by her parents, Murray and Florence McKenzie, brother Ross McKenzie, brothers-in-law and sisters-in-law, Bill Buckland, Barbara McKenzie, Ruth and Andy Smart, Doris and John Allan, and Edward Gordon. She will be remembered and loved by many nieces and nephews and by her church family at Mimosa United Church. We want to thank all the friends and family who stayed in contact with Mom at Riverside Glen Retirement Home and who supported her family through this very difficult time. Due to Covid-19 restrictions, a private service will be held at the Wall-Custance Funeral Home & Chapel. A public celebration of Isabel’s life will be held at a later date. If desired, expressions of sympathy or donations can be made to the Canadian Cancer Society or Mimosa United Church. A tree will be planted in memory of S. Isabel Smith in the Wall-Custance Memorial Forest.