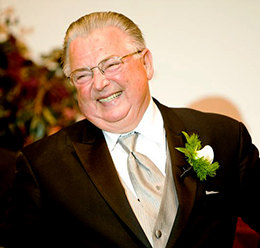 As the sun was rising on Sunday, July 31, surrounded by his children, Michel Sidlar peacefully crossed into Heaven. He leaves a legacy of love and dedication that will be remembered and cherished by his family always. His love will be carried by his children, Christine (Bill), Suzanna (Roman, deceased 2018), Michael (Nicole), and Eugene (Andrea). His joy will be carried in the hearts of his grandchildren, Kasia, Emma, Lelia, Kalyna, Maksym, Elizabeth, Adrianna, Bennett, and Olivia. He will be dearly missed by his sisters, Anna and Anastasia, his brother Andy, and will be embraced by his parents Basil and Paraskevia, and sister Kathy, waiting in Heaven. Michel’s entire family will be forever grateful for the exceptional care and compassion of the nurses, doctors, and caregivers at Louise Marshall Hospital and Hospice Wellington. Michel’s caregivers were true angels on Earth. Michel was born in France on April 29, 1939. Basil and Paraskevia had fled Ukraine for a better life, but raised their children with great pride for their Ukrainian heritage. Michel passed this pride on to his children, ensuring that their heritage was embedded in their upbringing, driving into Toronto and Hamilton each week for his children to attend Ukrainian school and Chaika School of Song and Dance. After coming to Canada in 1957, Michel dedicated his 42 year career to de Havilland Aircraft of Canada Ltd. The friendships he formed at de Havilland provided him strength and support until his very last days. Michel enjoyed gardening, woodworking, and delicious meals with his family and friends. If you sat at Michel’s table, you were always well fed and well loved. Michel’s greatest joy came from being a Dido (grandfather). He would burst with happiness at the sight or sound of his grandkids, and spoke about all of them with great pride. Each visit to Dido’s property was sprinkled with magic and adventure. Tractor rides, mazes he cut in the fields, planting and picking vegetables in his garden, and games of hide and seek in the forest, filled his grandchildren with wonder. Toys were waiting on the couch, and surprises and care packages (sometimes even with spoons for the way home) were loaded into cars before leaving. Boxes of homemade treats were sent across the country to Edmonton. When his flower garden was in bloom, he always picked a flower for each of his girls. ‘Dido pickles’ were always ready on the kitchen table and ice cream was in the freezer. ‘Dido hugs’ were waiting at the top of the driveway. When something was extra special, his little ones would attach Dido’s name to it. Michel will be missed immeasurably and loved eternally. Vichnaya Pam’yat. In lieu of flowers, memorial donations may be made to Louise Marshall Hospital https://louisemarshallfoundation.ca or to Hospice Wellington https://www.hospicewellington.org/donate.Visitation was held at Newediuk Funeral Home, Kipling Chapel 2058 Kipling Avenue, Toronto, M9W 4J9 on Friday, August 5th from 5pm to 9pm with Panakhyda at approximately 7pm. Funeral Liturgy was held at St. Demetrius Church, 135 La Rose Avenue, Etobicoke, M9P1A6 on Saturday, August 6th at 10am. Interment to followed at Riverside Cemetery, 1567 Royal York Road, Etobicoke, M9P3C4. Luncheon reception followed at Trident Banquet Hall, 145 Evans Avenue, Toronto M8Z5X7. The Sidlar family kindly requests that everyone attending the visitation and/or funeral please wear a mask. Online condolences at newediukfuneralhome.com