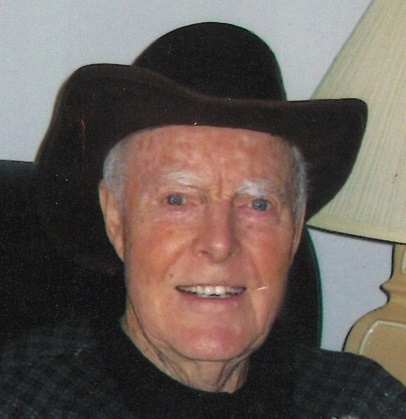 Son, brother, husband, Dad, Poppa, Great-Poppa, uncle, cousin, friend, teammate, school mate, neighbour, colleague. To all who have been fortunate enough to know Lloyd – “LJ” – you recognized him to be quite simply a wonderful man and a gentle soul. It is with great sadness but mostly with the fondest of memories and the awareness of how lucky we have been to be part of his family that we announce his passing. Beloved husband of Shirley (Towriss) for nearly 64 years; proud father of Tim (Tracey), Mary-Ellen (Eddie), Laurie (Richard); Poppa to Dylan (Katerina), Candace (Matthew), Gemma, Sarah and Robert; Great-Poppa to Naomi and Levi. In his classic way, he shared some simple words of wisdom with his family: he bid us all to “carry on and lead great lives.” And that we promise to do. Lloyd was a member of two outstanding organizations over his career. As a 1954 graduate of Ontario Agricultural College (OAC), now part of University of Guelph, he served as President of the Alumni Association, kept up with his classmates, and was always leading class activities. Fresh out of OAC, Lloyd and a number of his classmates were hired as salesmen by Toronto Elevators, later a division of agribusiness giant Maple Leaf Mills (MLM). The era of the late 1950’s and 1960’s was an incredibly innovative period in agriculture and Lloyd and his classmates were at the forefront. After a distinguished career with MLM, Lloyd returned to University of Guelph in 1981 as a seasoned professional to help start the co-op program for OAC students. It was a perfect fit: he loved helping students start their careers with meaningful jobs; and he had well-established relationships in the industry to find those jobs. He ended his working life in 1995, on the same campus where he began as a student four decades earlier. Sports were a major part of Lloyd’s life. In his younger days it was hockey and baseball, then moving on to golf, curling and lawn bowling. Lloyd was the last of the “Ross Boys” of Harriston – Allen, Gordon, Lloyd, Bert and Ralph – watched over by their sister Phyllis. The five brothers made their mark since childhood on local and regional sports teams, from hockey to baseball to curling. There were many championships. Notably, all five brothers were members of the 1948 Teviotdale Tigers, Ontario Senior ‘E’ hockey champions. Lloyd became quite an artist later in life, inspired by the natural world to take up watercolour painting. We are fortunate to have his creations which he gave to family members over the past few years. In addition to his many accomplishments, Lloyd was a man of considerable strength, integrity and graciousness. He had a tremendous sense of humour and a good way with a story. He was the one who organized things, and the one whom events revolved around. He inspired a love of sports in all of us. Family dogs would inevitably be seated near him. Yet, he never placed himself first, and was always interested in what was happening in everyone’s lives. Family gatherings – such as attending the very first Toronto Blue Jays game, celebrating our Scottish heritage at the Fergus Highland Games, or off to the racetrack for a night of harness racing – will not be the same without him. A celebration of Lloyd’s life will take place on Saturday, August 24 at the Graham A. Giddy Funeral Home, 280 St. David Street South in Fergus, Ontario starting at 1:00pm, with a reception to follow. The family asks that in lieu of flowers, any donations should be directed to the Canadian Red Cross or the Fergus Curling Club.