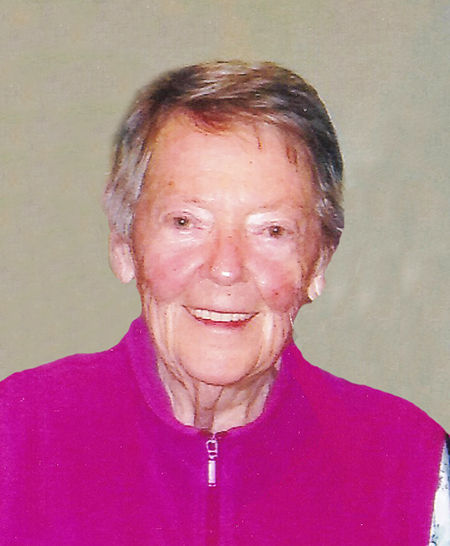 of Listowel and formerly of Harriston, passed away at Royal Terrace, Palmerston on Sunday, February 28, 2021 in her 87th year. Wife of the late Charles ‘Chuck’ Roeder.  Mother of Mike and Darlene Roeder of Listowel, and David Roeder and Lorette Feener of Point Leamington, NL. Remembered by her grandchildren Stacey and Trevor Leake of Listowel, Stephanie Roeder and Thom Miller of Drayton, Ian Roeder of Kitchener, Bryan Roeder and Sasha Ruttan of London, Vanessa and Mike Whitfield of Listowel, and Amber Roeder and Matthew Lester of Listowel, and by her great-grandchildren Sophia, Brandon, Kaiden, Jacob, Isabella, Benjamin, Axel, and Kaylene. Sister of Leighton and Udeen Campbell of Markham, Bryon and Dorothy Campbell of Barrie, and Leonard and Brenda Campbell of Barrie. Predeceased by her sister Kathleen Campbell, sister-in-law Kim Campbell, daughter-in-law Jacquelin Nickel, and by her parents John Douglas and Gladys (Walt) Campbell. Audrey and Chuck moved from Barrie in 1972 to Harriston to run the Pool Hall. During this time Audrey was part of the town council in 1980.  After the Pool Hall closed, Audrey worked at Rothsay Concentrate from 1984 until 1999. She was an active member of the Harriston Legion and Auxiliary. A private family service will be held at Hardy-Lee Funeral Home on Saturday, March 6, 2021 at 2:00 pm. Interment in Harriston Cemetery. Memorial donations to Alzheimer Society would be appreciated. Online condolences may be left at
www.hardyleefuneralhome.com