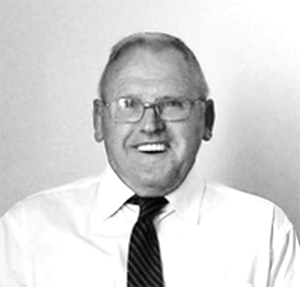 Following a full, active life, Ralph Reinders of Ospringe, ON went to be with the Lord on Saturday, July 17. Predeceased by his wife Gelmina in March 2009. Survived by his children Betty (Rick Stahlbaum) of Lion’s Head, Helen (Nick) Kuipery of Acton, Mike Reinders of Acton, Harry (Henrietta) Reinders of Rockwood, Fred Reinders of Acton, Jay (Lisa) Reinders of Ballinafad. He will be missed by the grandchildren: Kathleen Stahlbaum, Olivia Stahlbaum, Nicole (Scott) Hansma, Mike (Michelle) Kuipery, Shannon (Josh) Nafziger, Amanda Reinders, Nate (Cassandra) Reinders, Jared (Lucinda) Reinders, Kirk Reinders, Sara Reinders and Kate Reinders. Each of his 11 great-grandchildren were so special to him that he proudly had their names embroidered on his winter coat. Ralph was born in Drachten, Friesland, in The Netherlands. The youngest of five children, he had a boisterous and adventurous youth, even during the occupied years in WWII. There were stories of risk and difficulty during those times. In 1952, he came to Canada seeking adventure and a better life. While in Canada, he began corresponding back home with Gelmina Hessels (Mina). He eventually returned to marry her in 1956 and together they came to Canada. They first worked on a farm in Alliston, followed by many other farming opportunities, different jobs and a number of house moves. During those years, they had five children. In 1968, he joined forces with his brother Fred at Maple Engineering & Construction Canada. In 1976, Ralph and Mina sold the house they’d been living in and bought another in order to raise funds to start R&M Construction (using the initials of their names). With determination, some family employees, and the willingness to take risks, R&M developed into a reputable company that specializes in creek, coastal erosion and wetland construction. The family owned company continues to operate and is now in its 46th year. After transitioning R&M to the next generation, Ralph reconnected with his farming roots and bought and sold some farms in Western Ontario. During this time, he connected with many Amish and Mennonite farmers and thoroughly enjoyed visiting and doing business with them. In his later years, these road trips, visiting all his connections throughout Western Ontario, were the best part of the week for him. He had many good years doing this until early this year when his health began to fail and travel became limited. A private family service and interment will take place at Fairview Cemetery. In lieu of flowers, donations to Acton Bethel Church would be appreciated by the family as church and his church family were important to him. Online condolences may be made at www.mackinnonfamilyfuneralhome.com