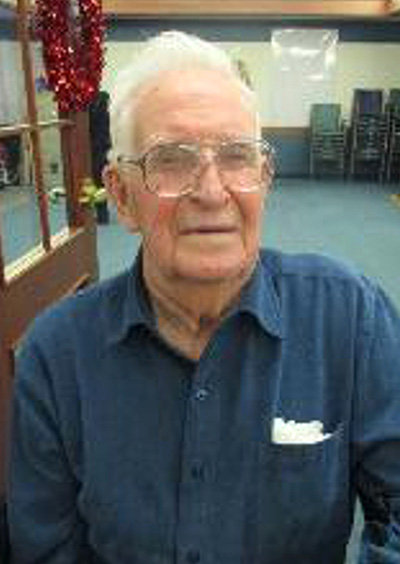 It is with great love and sadness that the family of Wm. Jas. Warren Parkinson shares his passing on April 13, 2021. Warren left this world peacefully at his home in Riverside Glen with his wife Jean by his side. During their 70 years of marriage, they had always been side by side and our family is forever grateful that in his passing Dad was where he had always been happiest; in his own home with his best friend, his much loved wife, his partner in all things, Jean, beside him. Warren served the community and the Township of Eramosa where he lived for the 94 years of his life. He was a member and later Chairman of the Eramosa School Board that saw a change in multiple, small schools consolidated into two modern schools. As reeve of Eramosa Township, he was a part of the team that sought to realize the needs of the future and brought public water and sewers to the town of Rockwood. He also served on the Board of Directors at Halwell Mutual Insurance Co. and Guelph General Hospital. Warren also coached baseball in Rockwood for several years and could often be found in the stands watching his children and grandchildren playing the sport he loved. As much as he loved baseball, Dad enjoyed nothing more than a game of cards. We will always remember the crack of his knuckles hitting the table during an intense game of euchre. When he retired from a lifetime of farming, in his early 80s, he and Mom played euchre several times a week and were regular cribbage players on Tuesday afternoon at the Evergreen Centre. Warren organized card games at Riverside Glen and was also a proud member of the Riverside Glen Choir. Warren was the loved and respected Dad of 5 children. Janie (Ken), John (Ginette), Thomas (Sandy), Paul (Lynn), and Sue (Kort). Proud and loving Grandpa of Matthew (Stephanie), Megan (Brent), Kelly (Darren), Christa (Todd), Lindsay (Matthew), Katelin (Tyler), Jill (Ken), Sarah (Brian), Mary (Dan), Todd (Leah), Cole (Chloe), Cheyene (Shawn), and Clay. He loved his family and was proud of their achievements. He held his great-grandchildren Amelia, Ashlyn, Jacob, Mielle, Ariya, Walker, Issac, Elias, Noah, Flora, Hazel, Charlotte, and Etta close to his heart. Warren was predeceased by his parents James and Ida Bell (Card) Parkinson, sisters Dorothy (passed in childhood) and Jean (Franklin) Campbell, brother Donald and sister-in-law Irene (Hayward) Smith. He is survived by his sister-in-law Margaret Parkinson. Uncle Warren will be fondly remembered by his many nieces and nephews. Jean and her family are grateful of the care, support, and kindness so generously shown to them by the staff at Riverside Glen. Dad and Mom were at home at the Glen. We also wish to thank Amanda and Angela from ParaMed for their countless visits to provide care for Dad. You are all appreciated for everything you have done to provide care for Dad and peace of mind for our family. Warren’s family would like to thank Scott Young and the staff at Wall-Custance Funeral Home for their support at this time. Cremation has taken place. Private family services will be held at a later date. Condolences only, please. Arrangements entrusted to the Wall-Custance Funeral Home & Chapel. Condolences can be sent via the Wall-Custance website. R.I.P Wm. Jas. Warren Parkinson, truly “one of the good guys”