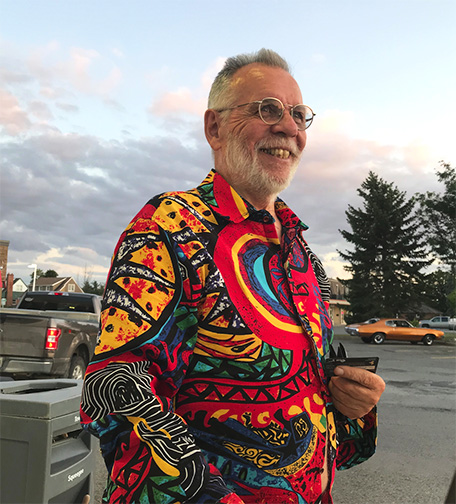 On February 13th, 2022, Edmund O’Sullivan, (Fergus and Toronto) Ed, slipped gently into death and the flow of Earthly life again. He died at home as he wished, with passion, energy and the same extraordinary response to the rhythm, music and story of life he shared with so many. From carpenter to a brilliant young researcher working with Jean Piaget on valuing children’s perspectives, a founder of critical pedagogy and critical psychology, developmental psychologist, and transformative educator, developing Earth centered transformative learning at the Ontario Institute for Studies in Education: he was one of its founding professors. Ed was the author of numerous books and articles exploring the critical importance of fundamentally shifting our current systems of education to include indigenous wisdom and living consciously as part of the natural world. Ed was a blues drummer in no less than three bands. Ed’s warmth and authenticity engendered community. A visionary leader, he founded the Transformative Learning Centre and through it, with Eimear, held the Spirit Matters gatherings that brought together indigenous wisdom keepers from many peoples with known visionaries like Vandana Shiva, Michael Lerner, bell hooks, John Mohawk, Marion Woodman, Tom Berry and too many others to mention. Those communities continue his work outside the university on every continent. Ed was predeceased by Pat, his first wife and mother of his three children, his four siblings, Gerald, Francis, Eileen and Patricia and his parents, Nora Buckley and Patrick Sullivan of Cork Ireland. Ed is deeply missed by his beloved partner Eimear O’Neill, his children; Jeremy (Brenda), Meara (Jeff), and Damian Sullivan; stepchildren Cara Bennison (Javier) and Jeremy Bennison (Jingjing); and grandchildren Kristen (Graham), Evan, Thomas, Julien, Noah, Aidan and Oriana; his friends of all ages spanning from childhood, university, his professional years, and beyond; thousands of students, and the Spirit Matters community across the planet. A celebration of Ed’s extraordinary life will be held in August 2022, in Toronto. Donations in his name can be given to Soul of the Mother at Six Nations https://www.soulofthemother.org/donations/ or plant as large a native tree as you can nearby.